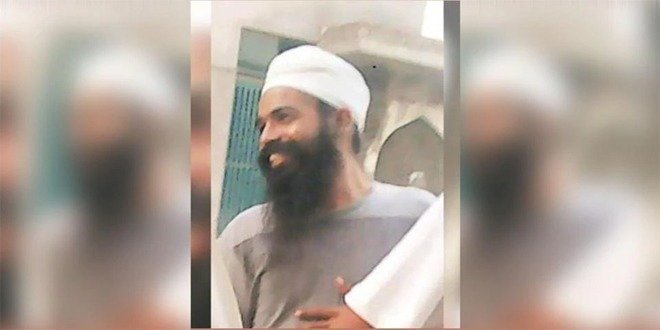 A Top Criminal and a Dreaded Drug Peddler Harmeet Singh has  been killed by a local gang in Pakistan over financial disputes stemming from drug smuggling, according to security officials who did not want to be named.

Dreaded Drug Peddler Harmeet Singh was a resident of Chheharta in Amritsar near Guru Nanak Dev University and had a doctorate that earned him the alias “PhD”. He was living in Pakistan for two decades.

Drug Peddler Harmeet Singh alias Happy PhD, who has been in Pakistan for a long time under the leadership of intelligence agency ISI, has been shot dead near a gurdwara in Lahore

Lahore police informed the local media that Harmeet Singh alias Happy has been killed due to a dispute over the money of drugs supply. Harmeet Singh, who was also involved in the murders of Rashtriya Swayamsevak Sangh (RSS) leaders in Indian Punjab in 2016-2017, and also involved in the conspiracy of hand grenade attack in Amritsar and the assassination of Rashtriya Sevak Sangh (RSS) and Shiv Sena leaders in Punjab.

Criminal Harmeet Singh, the Pakistan-based KLF handler, plotted to carry out an attack on the anniversary of the Operation Bluestar, which flushed out Terrorists from inside the Golden Temple in June 1984, according to police intelligence in 2019. The plan was foiled. Singh was also a involved in the grenade attack on a prayer congregation at the Nirankari Bhawan in Rajasansi that left three persons dead and several injured in 2018.

Lahore police informed the local media that Harmeet Singh alias Happy has been killed on Monday 27-January 2020 due to a dispute over the money of drugs supply.

Officials said he was believed to have assumed the role of KLF chief after the outfit’s head, Harminder Mintoo, was held by Punjab Police from Thailand in 2014. Mintoo, who later escaped from the Nabha jail with a group of gangsters but was detained again, died of cardiac arrest in jail in April 2018.

Top Criminal and a Dreaded Drug Peddler Harmeet Singh alias Happy PhD was the mastermind of the conspiracy to supply drugs in India and the sleeper cells and terrorist models of pro-Khalistan terrorists while sitting in Pakistan. He was also responsible for setting up Drug routes to UK and Canada.

He was a criminal and was running his drug peddling business. Some social media handles of the known criminals tried to raise concerns over his Murder in Pakistan. One of such handles said “Pakistan is not loyal to us .They will use us and then they will throw us.”

All those who are at pain had shares in the drug money for their terrorist activities in India, UK and Canada. Now their one big source that used to arrange for this big illegal drug money is down because of “foolish fight” with Pakistani local gangs for larger share.

As per our sources, Since Top Criminal and a Dreaded Drug Peddler Harmeet Singh alias Happy PhD was the main mastermind of drug smuggling to India through the Indian Punjab Border. He was working under the guidance of Pakistan Intelligence Agency ISI. He was routinely given assignments by the Pakistan Intelligence Agency ISI that included carrying out targeted assassination of Indian Right Wing leaders and carrying out Terrorist Activities killing civilians including women and children in India.

In October, acting on India’s information, the Interpol issued “red corner notice” against at least eight Khalistan-linked terrorists based in different countries. Top Criminal and a Dreaded Drug Peddler Harmeet Singh alias Happy PhD was in the list.

In our previous articles Army Plunges Taliban Revenue Sources In Afghanistan. Frees Nephrite Mine From Taliban  we had mentioned about the Taliban making money in Afghanistan from Drug Trade.

In another Previous article Afghanistan Election Results: Biggest Setback For Pakistan we had covered in details how Big Drug trade is being carried out by Taliban in Afghanistan.

All those Drugs were channeled into Pakistan by the Pakistani Gangs and via the channel of Dreaded Drug Peddler Harmeet Singh alias Happy PhD sold at a higher price into India. Most of the drug was sold in the Indian state of Punjab. Money earned from the Drug trade was used to finance Anti-India activities throughout India.

It is also learnt that the Top Criminal and a Dreaded Drug Peddler Harmeet Singh alias Happy PhD was in contact with some criminal elements in UK and Canada and brain washing Sikhs in those countries in the name of Khalistan. All the propaganda material, criminal activities carried out in UK and Canada, all the protests organized in UK under the directions of Pakistan Intelligence Agency ISI were financed by this drug money.

As per our source, Pakistani Drug Peddling Gangs who are all Muslims and known haters for Non-Muslims had been tolerating Drug Peddler Harmeet Singh (A Sikh) and his other associates only because they were involved in Anti-India activities and had protection of Pakistan Intelligence. However this time it was the turf war and they wanted to teach a lesson to all the so called “Khalistani” Sikhs, who consider Pakistan as a safe haven for their drug trade and criminal activities that even they are not safe and it is the Pakistanis who decide what leftover money will be given to the “Khalistanis”.

As a result of this turf war, Top Criminal and a Dreaded Drug Peddler Harmeet Singh alias Happy PhD was killed outside a Gurudwara on Monday.

Lahore police initially informed the local media that Harmeet Singh alias Happy has been killed due to a dispute over the money of drugs supply. But per our sources, Lahore Police is tight lipped and does not want to comment anything officially since Drug Peddler Harmeet Singh was Pakistan Intelligence Agency ISI stooge and they have to present the report that they are ordered by ISI to present and carry out a sham investigation.

As per a person, “Khalistan is a bloody joke because of “leaders” like him who are more interested in drug smuggling and Pakistani money.”

This is the future of all Khalistani Terrorists expecting support of Pakistan for Khalistan.

In our previous article Gurudwaras Of Pakistan: Systematic Destruction By Islamist Radical Pakistan we had covered in details how Pakistan has systematically destroyed thousands of Sikh Heritage Gurudwaras in Pakistan.

All the lands of Sikh Gurus is now illegally occupied by Pakistani Muslims and used for their residences or garbage dumping sites and regularly desecrated. As per our source, “Dreaded Drug Peddler Harmeet Singh alias Happy PhD was a fool to believe that Pakistan Government will take care of Sikhs and went overboard with his ego of establishment support behind him to enter a turf war with Pakistani Drug peddling gangs”

One should remember that Bhindranwale swelled his ranks by recruiting all sorts of dregs of the society – criminals, drug peddlers and other unsavoury people who joined him only for money, power and women. Such people becoming the flag bearers of the movement simply means that the moment was doomed to fail and as things proved, it failed but after causing unsufferable pain to many innocent people

Karamjot Kaur with twitter ID @KaramjotKaur12 tweeted, “The wanted #KhalistaniTerrorist who was involved in the smuggling of weapons and drugs from #Pakistan, Harmeet Singh (KLF leader), was murdered in Pakistan by a local gang. This is the date of Pakistan’s own terrorist puppets, what will happen to other Sikhs? And what is Pannun”

United Safroon with Twitter ID @USafroon tweeted, “A top leader of the Khalistan Liberation Force (KLF) has been killed by a local gang of muslims in Pakistan over financial disputes stemming from drug smuggling, Sikhs should remember their guru tegbahadur who sacrificed his life while fighting with Islam #Support_CAA_and_NRC”

ਪ੍ਰਿਤਪਾਲ ਸਿੰਘ ਬੈਂਸ ☬☬ with Twitter ID @bains_pritpal Tweeted, “#HarmeetSingh or #HappyPhD ,leader of #KLF killed at Dera Chahal gurudwara near #Lahore. Killed by local muslim gang due to financial dispute on smuggling of drugs. His parents live in #Amritsar. #Pakistani police not handing over his body to #Sikh community 4 his last rituals.”