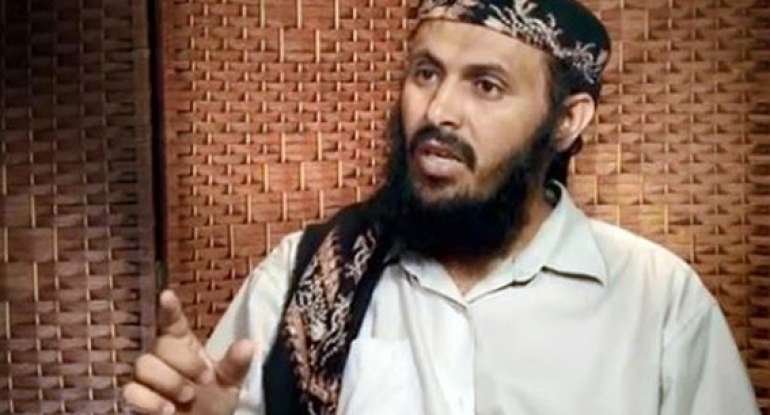 Leader of Al-Qaeda affiliate in Yemen was killed by the airstrike carried out by the United States in January after months of tracking him, according to 3 current and former government officials.

Qassim al-Rimi, 41, was killed in the January strike but officials had been waiting to confirm the information before making public statement.

In 2017 that the austere religious scholar known as Qasim al-Rimi sent President Donald Trump a taunting message after the first military combat death occurred when Special Ops carried out a raid on the Yemini al Qaeda compound.

In an 11-minute recording, the AQAP leader condemned the raid, saying, “The new fool of the White House received a painful slap across his face.”

President Trump is letting terrorist leaders around the world know that whoever wants to lead an extremist organization has about a two-month shelf life. The latest surgical removal of a terrorist leader via drone was given priority after al-Rimi recently ramped up terrorism plots on U.S. soil.

U.S. officials have taken the gentle approach when announcing the success of this particular drone strike as they have learned in the past that they were too-quick to do so for other CIA drone strikes.

In November, CIA personnel learned of al-Rimi’s location from an informant. The government then started using surveillance drones to track him, according to an U.S. official who was briefed on the strike.

Local news in Yemen reports that the strike killed two militant suspects in the area of Wadi Abedah in central Yemen, but did not identify who those people were.

Al-Rimi is a veteran of the Al Qaida training camps in Afghanistan and whose ‘terrorist records traces to the era before the September 11 attacks.

He then returned to Yemen and was sentenced to five years in prison there for plotting to kill the American ambassador there.

Al-Rimi broke out of jail after only a year and quickly rose in the ranks of the Qaeda affiliate.

A $5million reward for any information leading to his capture was offered by the State Department. It was late doubled to $10million as al-Rimi was linked to numerous plots against the U.S.

Deaths of al-Rimi, al-Baghdadi and Soleimani could become the Democrats’ Impeachment 2.0. (Always pay attention to who gets upset when a terrorist leader is killed.)

We covered the killing of Soleimani in our previous articles

Iran Threatens Tel Aviv, US Bases In Middle East After Killing Of Soleimani

Protests In Pakistan Against US And Israel On Soleimani’s Killing

Notable Democrats will probably be drafting letters of complaint wondering why Trump again didn’t ask their permission, if they can find time away from their busy schedule of trying to impeach him or interfere in the Internal affairs of other countries in support of the Jihadists.

It must be remembered that when Soleimani was killed, Democrats said that by not disclosing many details of the threat that prompted the U.S. to kill Iranian Gen. Qasem Soleimani, President Donald Trump is asking the American public to trust the very intelligence reports he has often disparaged.

This is the second news this week. And so it came on Friday when an Iraqi man who has been living in Arizona was arrested by authorities and believed to be a prominent figure of the Fallujah, Iraq chapter of al Qaeda.

A Phoenix-area resident, who is alleged to have been the leader of a group of Al-Qaeda terrorists in Al-Fallujah, Iraq, appeared on Friday, 31-January 2020 before a federal magistrate judge in Phoenix, Arizona in connection with proceedings to extradite him to the Republic of Iraq. He is wanted to stand trial in Iraq for two charges of premeditated murder committed in 2006 in Al-Fallujah.

The arrest was announced by Assistant Attorney General Brian A. Benczkowski of the Justice Department’s Criminal Division and U.S. Attorney Michael Bailey for the District of Arizona.

An Iraqi judge issued a warrant for the arrest of Ali Yousif Ahmed Al-Nouri, 42, on murder charges. The Government of Iraq subsequently requested Ahmed’s extradition from the United States. In accordance with its treaty obligations to Iraq, the United States filed a complaint in Phoenix seeking a warrant for Ahmed’s arrest based on the extradition request. U.S. Magistrate Judge John Z. Boyle issued the warrant on January 29, 2020, and Ahmed was arrested the following day.

According to the information provided by the Government of Iraq in support of its extradition request, Ahmed served as the leader of a group of Al-Qaeda terrorists in Al-Fallujah, Iraq, which planned operations targeting Iraqi police. Ahmed and other members of the Al-Qaeda group allegedly shot and killed a first lieutenant in the Fallujah Police Directorate and a police officer in the Fallujah Police Directorate, on or about June 1, 2006, and October 3, 2006, respectively.

The details contained in the complaint are allegations and have not yet been proven in court. If Ahmed’s extradition is certified by the court, the decision of whether to surrender him to Iraq will be made by the U.S. Secretary of State.

Just last year a terrorist training compound was raided in New Mexico. Five “refugees” were indicted on charges stemming from a “conspiracy to provide material support for terrorist attacks on federal officers and employees.”

Liberals were in hysterics over the news. They took to Twitter (pausing their tearful efforts to thwart the president’s attempt to ban immigration from terror-prone areas) only to blame the presence of an Iraqi terrorist in the U.S. on…Trump.