Iran Threatens Tel Aviv, US bases in Middle East after killing of Soleimani 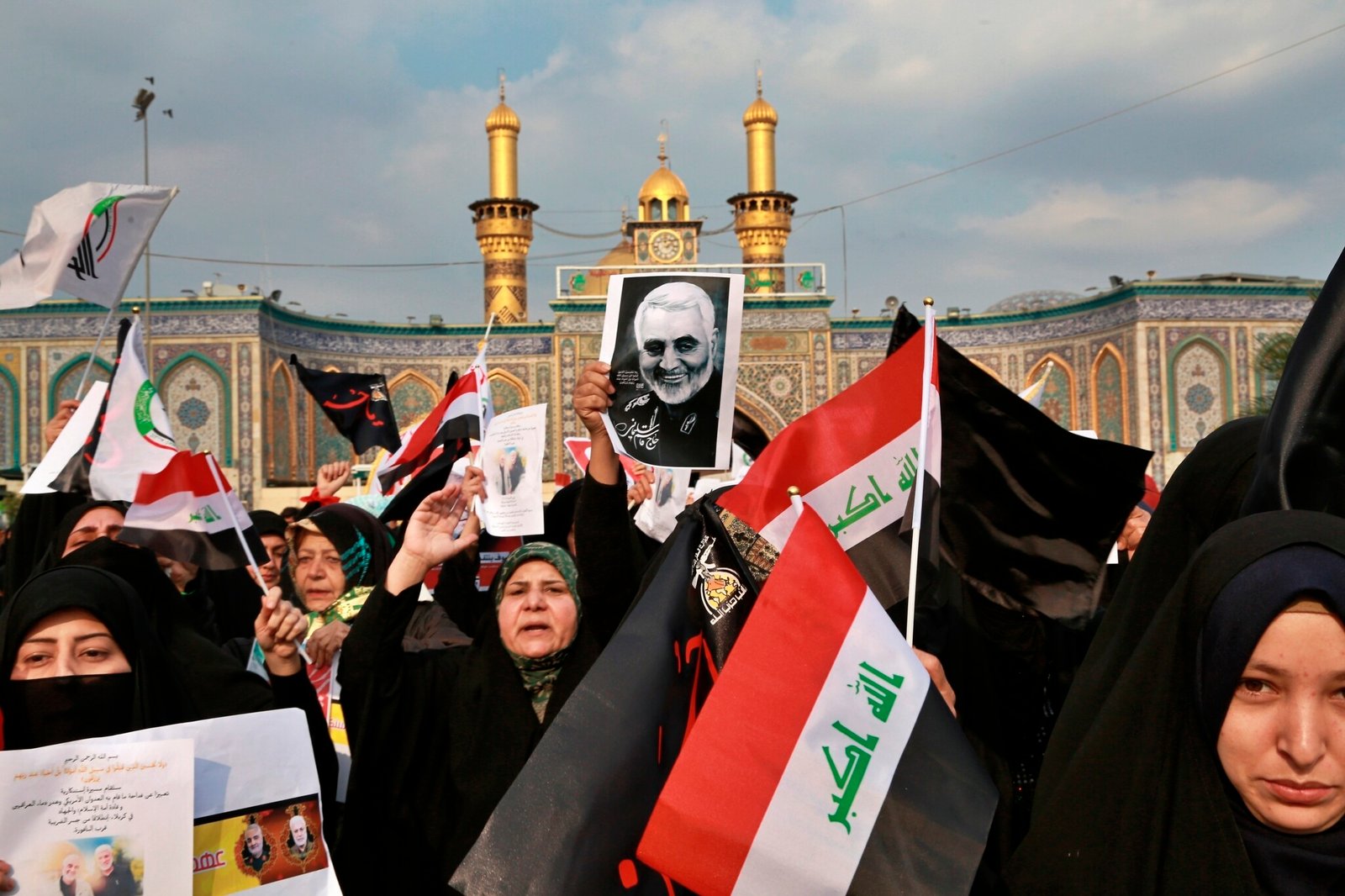 A senior Iranian commander on Saturday threatened that some 35 US targets in the Middle East, as well as Tel Aviv, were within the reach of Tehran to avenge the killing of Gen. Qassem Soleimani.

“The Strait of Hormuz is a vital point for the West and a large number of American destroyers and warships cross there… vital American targets in the region have been identified by Iran since a long time ago,” said General Gholamali Abuhamzeh, the commander of the Iranian Revolutionary Guard Corps in the southern province of Kerman, according to the Reuters news agency.

“Some 35 US targets in the region, as well as Tel Aviv, are within our reach,” he added.

Soleimani, the head of Iran’s elite Quds force and mastermind of its regional security strategy, was killed in an airstrike early Friday near the Iraqi capital’s international airport. The attack has caused regional tensions to soar.

The strike also killed the deputy head of Iraq’s Hashed al-Shaabi, a network of mostly Shiite factions close to Iran and incorporated into the Baghdad government’s security forces.

An Iraqi woman holds a placard during the funeral of Iranian military commander Qasem Soleimani, Iraqi paramilitary chief Abu Mahdi al-Muhandis and eight others in Baghdad’s district of al-Jadriya, in Baghdad’s high-security Green Zone, on January 4, 2020.

Thousands of Iraqis chanting “Death to America” joined the funeral procession for Iranian commander Qassem Soleimani and Iraqi paramilitary chief Abu Mahdi al-Muhandis, both killed in a US air strike. The cortege set off around Kadhimiya, a Shiite pilgrimage district of Baghdad, before heading to the Green Zone government and diplomatic district where a state funeral was to be held attended by top dignitaries. In all, 10 people — five Iraqis and five Iranians — were killed in Friday morning’s US strike on their motorcade just outside Baghdad airport.

US President Donald Trump says he ordered the strike to prevent a conflict. His administration says Soleimani was plotting a series of attacks that endangered American troops and officials, without providing evidence.

US Secretary of State Mike Pompeo is believed to have briefed Prime Minister Benjamin Netanyahu ahead of time about US plans to kill Soleimani, Hebrew media reported Friday.

Pompeo called Netanyahu late Wednesday night ostensibly to thank him for Israel’s support in efforts to combat Iran and after the attack on the US embassy in Iraq.

Netanyahu cut short his visit to Greece amid concerns Iran could exact revenge on the Jewish state for the US strike. He had been visiting the country to sign a major deal for a gas pipeline.

Israel has reportedly raised its security alert at legations worldwide, and the IDF has heightened its alert, amid Iranian revenge threats.

The officials, who spoke on condition of anonymity to discuss a decision not yet announced by the Pentagon, said the troops are from the 82nd Airborne Division at Fort Bragg, North Carolina. They are in addition to about 700 soldiers from the 82nd Airborne deployed to Kuwait earlier this week after the storming of the US embassy compound in Baghdad by Iran-backed militiamen and their supporters.

4,000 paratroopers Ordered to prepare for rapid deployment to Middle East

The U.S. Army’s 82nd Airborne Division’s alert brigade has been issued orders to deploy rapidly to the Middle East following an attack on the American embassy in Baghdad by a pro-Iranian mob.

At least 750 paratroopers are already making their way to the Middle East, with additional forces preparing to deploy over the next several days.

‘This deployment is an appropriate and precautionary action taken in response to increased threat levels against U.S. personnel and facilities, such as we witnessed in Baghdad today,’ said Secretary of Defense Esper.

A total of 4,000 soldiers from the 82nd Airborne’s Deployment Ready Brigade have been put on notice for imminent deployment in the next 96 hours.

The snap deployment comes amid rapidly rising tensions between Iran and the U.S. and a series of violent tit-for-tat escalations between the two countries.

On Tuesday, some 6,000 pro-Iran Shiite militia fighters stormed U.S. embassy in Baghdad, set walls ablaze and chanted ‘Death to America!’ in a violent retaliation for American air strikes. There were no reports of American casualties, and the attack was repelled after 100 Marines rapidly reinforced the compound.

Secretary of State Mike Pompeo called the attack an act of ‘state-sponsored terrorism’ in an interview with CBS News, and President Donald Trump vowed that the Iranian government will be held ‘fully responsible’ for the attack.

Pompeo said in a statement that the attack was ‘orchestrated by terrorists’ and ‘abetted by Iranian proxies’, tweeting pictures that he said showed US-designated terrorists with Iranian ties outside the embassy.

The attack on the embassy was is in retaliation for US air strikes on the Iran-backed Kataeb Hezbollah on Sunday night, which killed two dozen fighters. Those strikes were in retaliation for last week’s killing of an American contractor at a U.S. base in Kirkuk.

Three C-17’s from Fort Bragg were sent over the Atlantic heading for the Middle East with US Paratroopers aboard immediately.