What is Citizenship Amendment Act (CAA) 2019? Why was it required? Why are Jihadist/Western Pseudo-Intellectuals Opposing it? 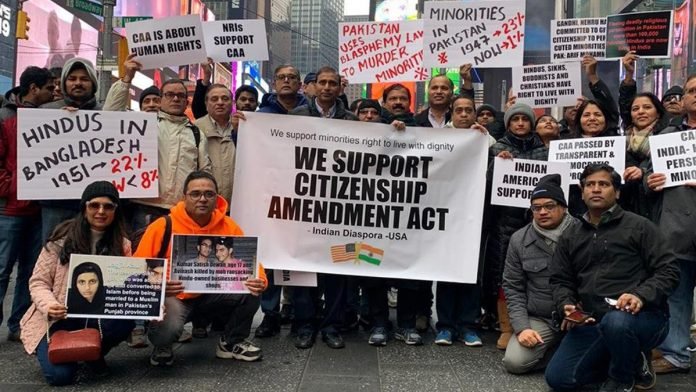 Q1. Who can be Indian citizen?

A1. Citizenship of India is governed by Indian Citizenship Act 1955 amended from time to time. The act is available online and can be found here http://legislative.gov.in/actsofparliamentfromtheyear/citizenship-act-1955

Q2. Has the Indian Citizenship Act been amended in the past?

Q3. What is the background of Citizenship Amendment Act (CAA) 2019? Why was it needed at this time?

A3. Due to Taliban control of Afghanistan and FATA region, mass migration of non-muslims took place from these area to India, a large number of Sikhs/Hindu’s and Christians migrated to India from Taliban controlled regions, reference:

Similar situation happened in Bangladesh where the Bangladesh government under Khalida Zia rule, who launched a vicious attack on Hindu’s who were forced to seek refuge in India.

https://pallone.house.gov/press-release/pallone-expresses-concern-regarding-persecution-hindus-bangledesh. Due to these crimes in neighbouring countries large number minorities fled and took refuge in India, however their legal status did not allow them a life of dignity as they were not eligible for any government job or other opportunity. In order to make those persecuted migrant eligible for all facilities available to any other Indian, the bill was passed by the parliament of India. The bill was first proposed by Congress party of India (the then ruling party in India) but was implemented by BJP government (when it came to power the second time in 2019). During the time period from 2010 to 2014 all political parties were advocating citizenship for these persecuted migrants including the racists bigots from western countries who are now suddenly opposing it.

Q4. Why are Muslims excluded from the bill?

A4. There are large number of illegal Muslim migrants from Bangladesh & Pakistan who are primarily economic migrants and are being used as political tool by certain political parties in India, these illegal Muslim migrants cause demographic changes in the region in which they migrate which in turn causes much unrest and violence in the region where they settle especially in north-eastern part of India and in urban centers such as Mumbai, Bangalore, Delhi etc. Since the amendment to the act is done for religiously persecuted refugees already living in India on 31 Dec 2014, economic migrants from any faith are not eligible for Indian citizenship.

Q5. What about Rohingyas and Ahmadiyas? They are also persecuted because of their faith. Why are they not eligible?

A5. The Rakhine state from where the Rohangya’s have migrated, share border with Muslim majority Bangladesh, moreover United nation has funded and build Kutupalong refugee camp for Rohingyas in Cox Bazar Bangladesh. Since international help is already available to Rohingyas they do not qualify as helpless citizens and thus cannot become citizen of India on the basis of that, therefore their illegal migration to India is for economic grounds only thereby causing unrest in social fabric of India.

Check the details of terrorist activities of Rohingya in Myanmar in our previous article titled In Asia’s Largest Terrorist Attacks, Bengali Muslim Islamic Terrorists Known As Rohingya Killed Hundreds Of Buddhists And Hindus In Myanmar

Persecution of Ahmadiyas in Pakistan is very much a reality but this persecution is not religious rather political in nature. The constitution of Islamic Republic of Pakistan through second amendment passed on 7th September 1974 declared Ahmadiyas as Non-Muslims. This amendment was introduced by Zulfiqar Ali Bhutto. Later under Zia-Ul-Haq regime an ordinance was passed named Ordinance XX promulgated on 26 April 1984 which made it an criminal offense for Ahmadiyas to call themselves as Muslims under section 298-C of PPC punished with imprisonment of either description for a term which may extend to three years and shall also be liable to fine.

Having understood the background of Citizenship Amendment Act 2019 lets now try and understand why are Jihadists and racist bigots of west opposing it.

A brief reading of Quran would indicate the Mohammedans are expected to take a stand against persecution and help the victims of persecution, Quran says persecution is worst than killing.

Still we find Jihadists opposing a bill which aims to help the victims of persecution, their opposition can easily be understood by looking at example of ISIS, the Islamic State picked only those verses from Quran which suits their terrorism and ignore the teachings which clearly prohibits any persecution. The mindset of Jihadists opposing CAA is exactly similar to those of ISIS terrorists which no civilized society can tolerate.

The racist bigots opposing the Indian law are still under influence of colonial mindset wherein they believe the non-white do not have capability of governing themselves. These are the same people who support Confederacy and are secessionist. These racist have same mindset which had resulted the attack Fort Sumter in South Carolina in 1861 shortly after Abraham Lincoln had been inaugurated as the President of the United States. They are opposing decision of parliament of a sovereign state while their own country has similar if not stricter laws on immigration.

It must be noted that both ideology be it that of ISIS or that of secessionist both have to be demolished by free world, and they will never be able to implement their racist and supremacist agenda ever again.

About the Author: The author can be contacted on through our twitter handle @communique_news