US Service Member Killed in Afghanistan. Cause of death withheld. 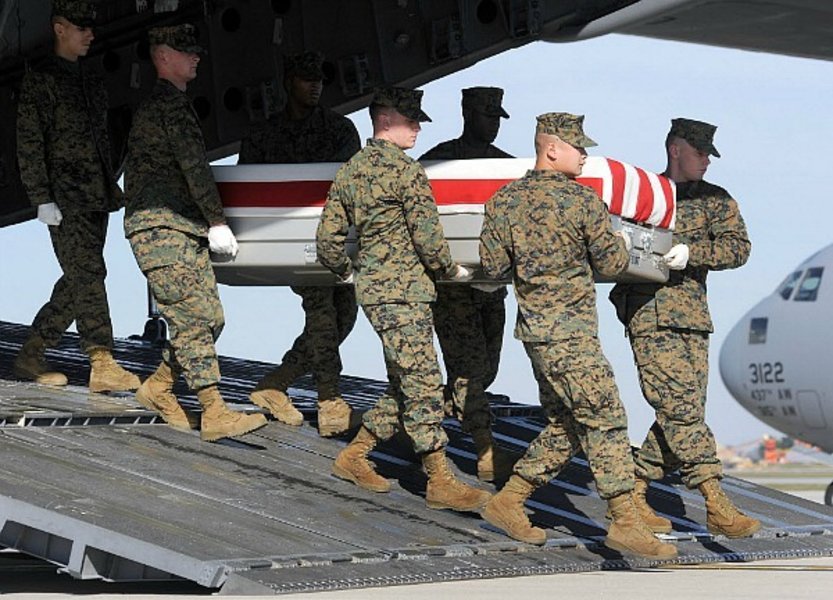 A US service member was killed Saturday, July 13 in Afghanistan, NATO’s Resolute Support mission said in a statement, without giving further details.

In accordance with U.S. Department of Defense policy, the name of the US service member killed in action is being withheld until 24 hours after notification of next of kin is complete.

As per sources, the cause of US Service member killed on July 13 is still unknown and is kept secret due to US-Taliban talks going on in Doha. As per the sources, he was killed by FATF Grey Listed Pakistan supported Taliban but since US was bringing Taliban to negotiating table, they did not want criticism. Hence the NATO’s Resolute Support mission didn’t provide any details in regards the cause of his death. The service members death brings to 10 the number of U.S. troops killed in Afghanistan so far this year, compared to 12 in 2018.

About 20,000 foreign troops, most of them American, are in Afghanistan as part of a US-led Resolute Support which is a NATO-led, non-combat mission to train, advise and assist the Afghan National Defense and Security Forces (ANDSF). It was launched on 1 January 2015, following the conclusion of the previous NATO-led International Security Assistance Force (ISAF) mission, and the assumption of full security responsibility by the ANDSF. The Resolute Support Mission works closely with different elements of the Afghan Army, Police and Air Force.

The Resolute Support Mission currently comprises around 20,000 personnel from 39 NATO Allies and partners countries. It operates with one ‘hub’ (Kabul/Bagram) and four ‘spokes’ (Mazar-e-Sharif in the north, Herat in the west, Kandahar in the south, and Laghman in the east).

US President Donald Trump wants to secure a political settlement with the Taliban to end the 18-year war in Afghanistan. US wants a 18 months period for total pull-out of all the US-led NATO troops. The Taliban, however, demand an immediate, complete foreign force pull-out before entering into a formal peace agreement.

As per some people recent car bomb blasts, Humvee suicide bomb attacks and other bomb blasts by FATF Grey Listed Pakistan supported Taliban in Kabul and other places were conducted to exert a pressure on US for immediate withdrawal of all the US-led NATO forces.

As per our sources, people of Afghanistan do not want to lose their freedom to Islamist Radical Pakistan supported Taliban. They fear that the worst impacted will be the women who will be denied their hard earned freedom by Islamist Radical Taliban, that will impose Islamic Sharia Laws.