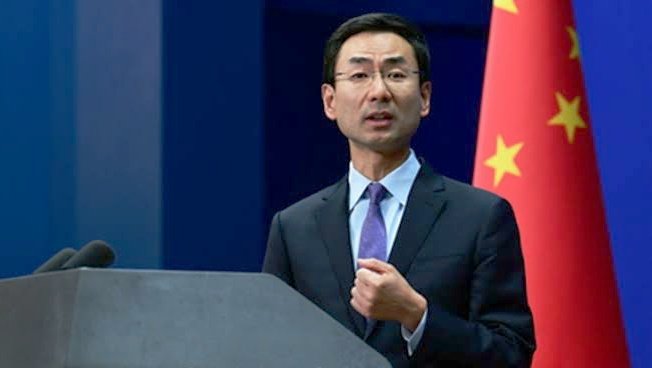 This opinionated Piece “Chinks In The Armory – Are The Chinese Looking A Bit Rattled From The Chinese Corona Virus COVID-19 Disaster?” written by Indian Journalist Abhijeet Kar

At a time when the world has been extremely concerned over the manner in which the Chinese Government has lackadaisically micromanaged a disaster like the Chinese COVID-19 virus, they have listlessly been engaging upon hegemonic behavior in the South China Sea alongside the straits of Taiwan.

The ostentatious PLA military build up and the frequent Jingoistic and aggressive demeanor towards the justified Freedom of movement that was undertaken by the Australian and US defence forces in the Indian Ocean Region has kept the world guessing on what prevails next? War? Armed Conflicts?

It comes as no surprise that there would be some very hard and stinging questions asked on how the Chinese Corona Virus pandemic spread so far across and yet the the Chinese leadership did so very little excepting pushing the blame game on every other country countering against it.

With various dissenting voices silenced on how the CCP has failed right from the doorsteps of Wuhan Institute of Virology from where the Virus is believed to have emanated according to several reports cited to the justified Global criticism being signed off as ‘Propaganda’. Clearly the Government in Beijing is under pressure.

And while news editions like Global Times remains at their rhetorical worst, trying to influence changing the headlines and downplaying every other folly on the fore, the unrelenting pressure has kept it on the tenterhooks. Nevertheless it’s shrill tone on Taiwan and it’s continuity in affirming it as its own territory hasn’t stopped.

From aggressively flying sorties and showcasing combat skills towards Taiwan to drowning shipping vessels of relatively smaller countries like Vietnam and Philippines, they have been in the news pretty much for all the wrong reasons.

The latest incident which can be discussed in a different article with many details being the aggressive but failed attempts at browbeating a relatively larger neighbor with a major diplomatic and military power alongside being an Asian Giant – India not going as per expected plans. Over the weekend on days 9th and 10th of May, the PLA tried engaging with the Indian Army in Ladakh and Sikkim regions without any guns or bullets but fist fights. Atleast 7 soldiers from the Chinese army were grievously injured as against 4 of the Indian army. One of the Chinese Army Major was given a bloody nose by a Lieutenant in Indian Army.

Clearly a lot needs to be told about the Chinese Government’s intentions even amidst this world pandemic period of lockdowns and shutting down of operations. Are these recent actions showcasing the obvious jitters and it’s after effects. The World awaits to know that soon and more as it investigates on its way out of this deadly nightmare.