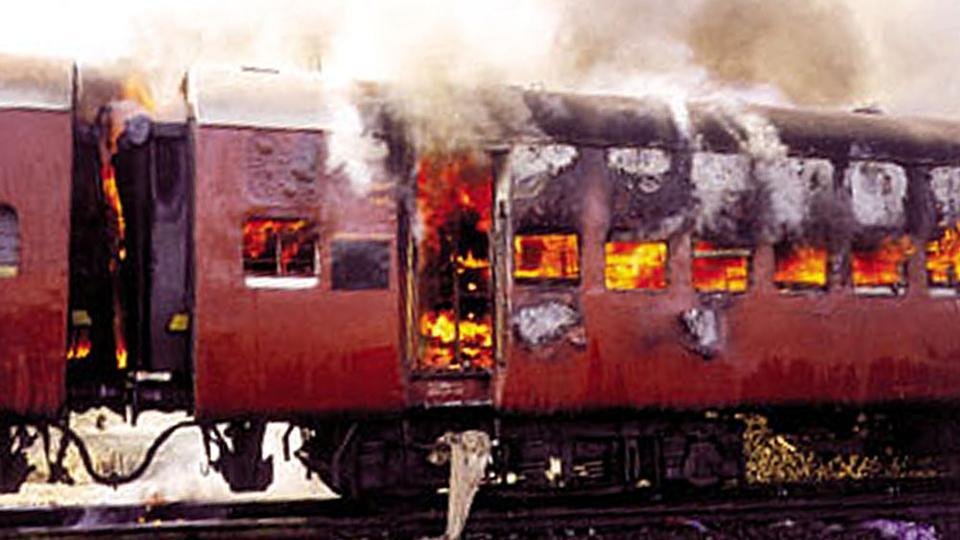 Jihadists have Brutalized Hindus for 80 years and yet they played victim during the Gujrat Riots in India. Article was published in jihadwatch.org written by Radhika Singh. We are reproducing it here verbatim.

The mainstream media abets Islamists globally, hiding stories about Islamic brutalities while highlighting, underscoring, and exaggerating instances that have a Muslim victim, even if he or she is a thief or a suicide bomber. The 2002 Gujarat riots of India is one such instance. It enjoys global recognition because Muslims were supposedly victimized; the real story, however, remains untold.

Situated at the center of Panchmahal district, Godhra bears a communally charged chronology. Its first recorded incident of communal violence was the murder of P M Shah in pre-Independence India of the late 1920s. P M Shah was a leading Hindu representative of his time. Communal attacks by Muslims were not targeted at Hindus alone. When the country was going through a blood-spattered partition, pro-Pakistan leaders Sadva Hazi and Chudighar plotted an attack on the Parsi Solapuri Fozdar. This duo also conspired to carry out an ambush attack on the District Collector, Mr. Pimputkar, in 1948, a year after the Brits left and Pakistan was formed. The same year, a Hindu man was stabbed to death near a local mosque. 2000 Hindu houses were set ablaze, and temples were razed to the ground. The only way to save the remaining Hindus was to impose a six-month-long curfew.

Hindu shops became targets of Islamists again in 1965, when explosives thrown from Muslim houses turned the shops into ashes. The dispute happened just minutes away from the local Police Station, and the Incharge was hit by anti-social elements as well.

In October 1980, another onslaught started with the vandalism of a local bus stand in Godhra. The Sikhs weren’t spared, either, and the Gurudwara in Shikri Chal went up in engulfing flames. The fire lit by the radical mob devoured 40 shops belonging to the Hindus in the station area. Five Hindus, including two children, were burnt alive. To bring the situation under control, a curfew had to be imposed again, which led to massive industrial losses.

Ten years later, children in Godhra witnessed four Hindu teachers, including two women, being hacked to pieces in Saifia Madarsa. A Hindu tailor was also stabbed to death. The entire bloody episode is often attributed to a local MLA belonging to the Congress party, known for its unabashed appeasement of the Muslims.

In 1992, over 100 Hindu houses near the Godhra Railway Station were set ablaze, with the motive of snatching this land from the Hindus. This land lay vacant, to act as the setting of the Godhra carnage ten years later.

On February 27, 2002, the delayed Sabarmati Express carrying Hindu pilgrims returning from the holy city of Ayodhya was stopped by a massive mob of Muslims less than one kilometer from the Godhra station. The strength of this mob ranged between 500 to 2000. Baying for Hindu blood, the Muslims had chalked out a plan of setting this train ablaze.

The jihadis were armed with swords, bombs and other explosives. After barging into the train’s coach (number S-6) by cutting the connecting vestibule, they doused the compartment  with petrol and set it alight.

A Muslim stand up comedian in India recently attracted a lot of flak by making a joke about the arson. “Aren’t Hindus cremated after death?” was Munawar Faruqui’s punchline, for he found setting Hindus on fire while they were still alive to be funny, much like the armed jihadis of his faith lining up to guard the boggie so as to ensure that no Hindu escaped the horrid death planned for him by the Islamist mob. They attacked the police and prevented vehicles of the fire brigade from reaching the train. The land emptied by Muslims after burning down Hindu houses some ten years before echoed with shrieks again, and the sky blackened as smoke carrying the stench of burning human flesh ascended. 59 people were charred to death, including 15 children.

Gayatri Panchal, a survivor of the Godhra carnage who lost two sisters and her parents in the incident, recollects her ordeal:

“People were carrying weapons like Gupti, Spears, Swords and such other deadly weapons in their hands and were throwing stones at the train. We all got frightened and somehow closed the windows and the doors of the compartment. People outside were shouting loudly, saying ‘Maro, Kato’ and were attacking the train. A loudspeaker from the Masjid closeby was also very loudly shouting ‘Maro, Kato, Laden na dushmano ne Maro.’ (‘Cut, kill, kill the enemies of Laden’) These attackers were so fierce that they managed to break the windows and close the doors from outside before pouring petrol inside and setting the compartment on fire so that nobody could escape alive.”

These were the victims who found no mention in the most-read newspapers of the Western world, or in the best-sellers penned by accomplished authors. These were the incessant attacks that the Hindus of Godhra had tolerated for eight decades before deciding to revolt.

Thirty-four Muslim men have been convicted for the hatching of the conspiracy to torch the Sabarmati Express. Key conspirators including Farooq Bhana and Haji Bilal, who met at a guest house near the station and procured 140 litres of petrol from a nearby petrol pump. This petrol was used to set the Sabarmati Express afire. On July 24, 2015, the prime accused, Hussain Suleman Mohammad, was arrested from Madhya Pradesh. On May 18, 2016, Farooq Bhana was caught in Mumbai, and on January 30, 2018, another conspirator, Yakub Pataliya, was taken into custody from Godhra.  It has been over eighteen years, and eight of the accused are still on the run.

Related Article: An Open Letter To All Those Screaming Islamophobia In India: Is It Islamophobia Or Kafirophobia?

People should be cautions and read the news coming out of India that demonize Hindus and India on Islamophobia. Look at the antecedents of the Media and the authors writing such articles and then check if they are the leftist/liberal/Kafirophobic who have the history of hating Hindus and maligning Hinduism as a religion and as a culture?

US President Donald Trump calls them Lame Stream Media (LSM) instead of Main stream Media (MSM). Why do some such LSM are bent upon maligning the image of India and Hindus? The development work of the present Indian Government led by Indian Prime Minister Modi must have hurt these Leftists and Kafirophobes that they are screaming Islamophobia.

Journalism today has become a Propaganda machinery that creates delusion on one hand by screaming Islamophobia and denies the viewer and readers world wide to know the truth of how Hindus are brutalized on one hand and still Muslims are claiming themselves as victims. This is because of the large ecosystem of Leftist/Liberal LSM worldwide.