Altaf Sheikh (BrumbyOz)’s Views on India: Is He a Pakistan ISI Agent? 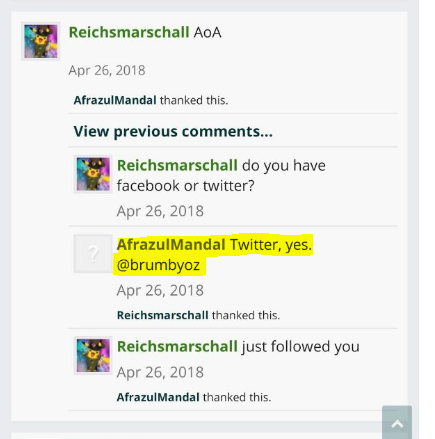 Altaf Sheikh (BrumbyOz)’s Views on India were shared by him on Pakistan Defence Forum which is micromanaged by Pakistan Intelligence Agency ISI. We are reproducing his views verbatim.

It is increasingly clear that Muslims are not welcome in today’s India.

And to be fair, let us Muslims accept the hard truth below.

The Christians are a disappointment. Even with our similarities, they continue to choose the Hindu side instead of aligning with us. If nothing at least for religious reasons. But alas.

There may be exceptions, but one cannot live a life and make decisions based on exceptions to the Rule.

The only people who can and will support us are Muslims.

Even the secularists and the communists have problem with our La ilaha illalah. So count them out too.

Only Muslims can improve the conditions of Muslims. In India as in anywhere else.

I propose the following. These are just ideas. But ideas are inherently strong. They cannot be extinguished.

The Indian Army needs to be defeated and the state authorities need to be tied down for this to happen. It may be necessary to highlight human rights abuses by Hindus as regularly as possible so that UN task forces sanction India. Eventually the economy decline will force a curtailment of the armed forces which may lead to a demoralisation.

Then we will be in a position to ask for independent republics or one amalgamated province of Muslims.

All views are welcome.

Dr. Loneranger INC 🌐 #WithRG (@Loneranger9new) Tweeted:
Altaf was invited by @ndtv back in 2014, when I made my first appearance in a political debate at NDTV studios.

Addenda: These tweets confirm his identity.

Should Australia keep such people with Terrorist Ideology in their countries? Or such Terrorist supporters be handed over to the Police authorities of their respective countries to deal with them?

What is the possibility that this Radical Islamist Terrorist supporter does not hold similar views against Australia?

Today when whole world is bleeding from Radical Islamist Terrorism, shouldn’t all MNCs screen the Social Media activities of all their employees? What public embarrasement a MNC would get when one of their employees is found to be engaged in Extremist activities on Social Media. What is the guarantee that such Radical extremists have not participated in any Terrorist Activities like Australian Forest fires?