This article, “Is Ashok Swain Anti-Muslim?” exposes Ashok Swain and shows his hate for Islam which he has masked but still radiates occasionally. Author is a PhD in Electrical Engineering.

He has previously exposed the Cracks in Academia and how Leftists get Fake publications in dubious journals and get jobs in Prestigious Universities in Europe in our previous article Anatomy Of A Swain: Cracks In Academia

In another previous article The Intellectual Hit-Men Or Women, we also exposed Ashok Swain as an intellectual lonewolf or someon trying to stay relevant by influencing the way people should think as per his twisted world view or he is a pen for hire/intellectual Hitman.

On April 14 2020, Prof. Dr. Ashok Swain tweeted a very offensive tweet. A tweet which is as offensive for passionate Muslims, as much as it is for the Right wing Hindus. He compared Indian Prime Minister Narendra Modi to Muhammad PBUH.

One TL with the handle name @biggirl1711 seem to be all praises for the UNESCO Professor.  She seems to be smitten with Professor Ashok Swain.

The professor after this tweet went on the bust more Indian Prime Minister Narendra Modi supporters through his somewhat short of facts tweets. This led us to ask an important question.  I am sure even well meaning Mulsim people can also see through the farce of Ashok!

“Is Ashok Swain really a professor of peace? Or he is disrespectful to Islam and its followers?”

The Answer to this question lies in his published articles in the academia. Its one thing to publish in the TRP hungry news outlets, its totally another matter to publish bias in the academia. Everybody knows that writing abusive articles against majority group in news media attracts heavy viewership from both the sides of the camp [both Majority and Minority]. This is the strategy adopted by several News media outlets.

However, an academician’s views in their books and peer reviewed articles exhibit who they really are. Towards what ideology they are leaning.

So, lets analyse Ashok’s views here- we will see that Ashok is not friendly towards Islamic religion either. He sounds very confused!

Here is an excerpt from his book:

“Emerging Security Threats in the Middle East: The Impact of Climate Change and Globalization“

This is a known amalgamation of communist-socialist narrative, this has been around for quite sometime now.  Ashok serves University of Uppsala under its peace programme.

Uppsala University has heavy ties with Swedish Defence Research Agency. It cannot be more ironic than this. Sweden produces a large number of weapons and Uppsala university is also significantly involved in the research of these weapons systems. On the other-hand it runs peace research programme.  Peace and weapons! Where are these weapons used and against whom?  Swedish companies have tried to Push inferior SAAB grippen for MRCA by bad mouthing LCA tejas. Remember with Brahmos NG the Tejas LCA is a different ball game now!

The issue here is that nobody is really bothered about sustaining a peace in the middle east region. Ashok has carried on where his predecessor in that exact same chair had left. Ashok is not fond of Islam or any religion in general.

Now Look at the next screenshot from his book. It speaks volumes about his opinion on Palestine issue.

So, Palestine issue is a political symbolism as per Ashok.

So Islamic countries are not interested in solving the issues of their UMMA. These are the implications of the opinions of Ashok.

Interesting Opinion of Swain in Scroll on Palestine. Now Palestine is not a symbolism for him?

But Saudi Arabia is bully of Middle-East as per Ashok Swain.

Valid Opinion of a tweeple

Ashok’s opinion in his book

From his article here: https://www.dailyo.in/politics/india-muslims-islamic-radicalism-islamophobia/story/1/15677.html

Linking Islam with terrorism by Ashok- Part 2: So, Islam reached India by conquest! So you mean Islam came by sword and not by word in India. Are you saying Islam=Violence Ashok?

He is Equating Palestine with Islamic Extremism? Or Atleast he agrees that Palestine has /continues to indulge in Terrorism!

Review of Ashok Swain’s book by Isaac Kfir. He doesn’t seem to be impressed much.

How do prestigious Universities like Uppsala University of Sweden hire such people who are wolf in the skin of sheep, who talk peace but are filled with hatred, those who glorify Islam but actually are forced to glorify Islam because they are filled with hate for Hinduism. What kind of teaching is being imparted to the young minds of Sweden and other countries who who go to Sweden for quality education?

This was the ideology of KGB that “if you can indoctrinate youth for at least two generations, then it would be easier for the country to be taken down. By the time you get to where you need to be, you should have an easy time, since you’ll have minimal opposition.”

Is Sweden in trap of Communists and Leftists? Sweden was at the forefront of inviting young Muslim male migrants as refugees and giving them citizenship. Soon Sweden will be the Islamic Nation of Sweden and all the Armament research will transfer to the Radical Jihadists because they will be be ruling Sweden along with the Liberals and Leftists trained by such Moles of KGB.

Tomorrow when History will be re-written, Uppsala University will be named as the stimulant for the knowledge invasion and corrupting the mind of several generations that subdued any opposition from the Citizens who willfully gifted their culture of freedom to culture of hate.

People like Ashok Swain are Communists and Leftists who do not belong to any religion. They use their position fiduciary trust to poison the minds of thousands of students. They use Religion as a tool to manipulate uneducated people into a war with the majority in the name of religion. Irony is that people do not know truth about such people trying to use them as fodder in fire they are lighting up. 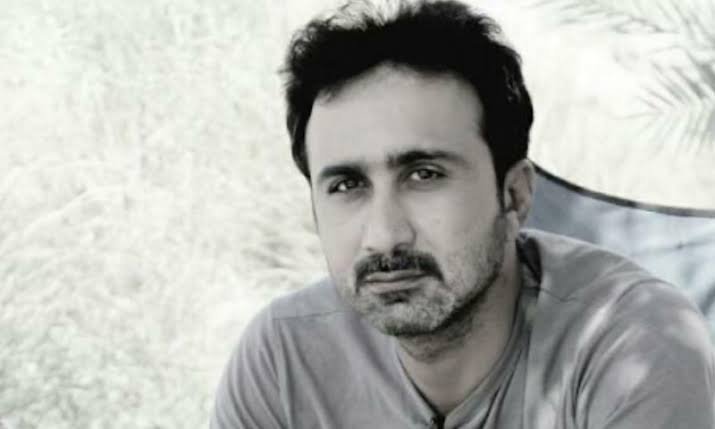