Anatomy of a Swain: Cracks in Academia 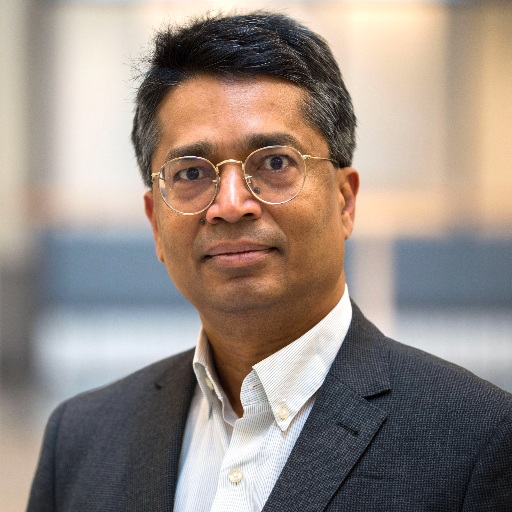 This article exposes the Cracks in Academia and how Leftists get Fake publications in dubious journals and get jobs in Prestigious Universities in Europe. Author is a PhD in Electrical Engineering. He exposed one of such Professors in a prestigious university in Sweden and exposes the cracks in Academia.

Amidst the chaos of an extremely organized battle against coronavirus; PM Modi asked the nation to come up together one more time and light up a source of light: Diya, LED lamp, Torch, Candle as per your liking. This was requested for a motive, common sense says it is a psychological healing technique to fill the gap created by social isolation.  Brave people of China have felt this psychological condition under a long lockdown.

As usual, some folks supported it and some ridiculed it. However, one such handle on twitter was from Prof. Dr. Ashok Swain from Uppsala University, Sweden.  Prof. Swain belongs to the social sciences department, under peace programme.

He opined in his tweet that, somehow PM Modi has stolen the idea of lighting up fire from the Italians.  For a scientist like me, this sounded wrong at several levels. I am of an opinion that fire was first controlled by Homo-Erectus some 400,000 years ago.  It is surprising to see Ashok with such poor basics. I studied it in my NCERT CBSE social sciences textbook in a chapter called Early Man in my 3rd standard.

So, I decided to dig into Ashok. I was amazed to see his profile, but something wasn’t adding up so here is my thread in an elaborated form from twitter handle @WirelessEnergy1

You see in a democratic utopia, neither academicians nor journalists should take sides with the political parties. Both these categories of people should stick to hard facts and cold logic. You don’t have to justify the wrongs of the political parties, they are as vulnerable as we are.

Since utopia doesn’t exist, we need to now bust from time to time the intellectual dishonesty being openly exhibited. Here is one such attempt to only look into the profile of Ashok. I do not imply that he is being dishonest in anyway. However, I wonder how he got into such a reputed university as a Faculty member.  Perhaps, Scandinavian/Nordic countries do not know much about South Asia. They hired him out of ignorance, these are the people who fall through the crack in the academia.

I was bemused to see the lack of proper facts in Ashok’s arguments and articles on twitter. Therefore, I decided to go after his google scholar profile. Wanted to see if the lack of “scientific rigor” is at a fundamental level or because he is playing favorites. These are my observations and I am stating them as it is.

Anatomy of a certain Swain. Super misinformation shredder thread. As you have guessed it, it is none other than @ashoswai or Ashok Swain. His Wikipedia page looks impressive [see screenshot]. However, it is inflated! Let’s look at his peer reviewed articles.

Here is the google scholar profile of Swain, For a someone who has published his first article in 1991, the Citations[right side of the screenshot] 2458 is mediocre.

Lets, 1st  look at Some other profiles. Here is a researcher from a comparable field having a lot more citations.

Now let’s look at the quality of publications of the Swain under question. The highest cited article of Swain is in the unknown, never heard off shady “The Journal of Modern African Studies”. It doesn’t even figure in Quartile 4. There are 4 quartiles in academic publishing. Q1 is highest and Q4 is the lowest.

His one of the Q1 article which was published way back in 1996. Its questionable why he would reduce his quality of publication by publishing in an unlisted journal after publishing in Q1? Lets dissect this article a bit.

In the same publication, Swain says he interviewed only 6 individuals.  6 by no means is a sample size. So I needed to check the reputation of this journal back in 1996.

It turns out until 2 yrs ago this was a lowly ranked journal see  screen shot. This explains how a sample size of 6 qualified as Scientific data if at all. There are more such gold standards by Dr. Swain & the journals which accepted his mediocre research[ PS: I scratch your back, you scratch mine].

Swain published in one decent journal [Screenshots]; Lets dig deeper into the issue with this article.

Look at table 1 in this article, it is data processed from FAO World bank statistics. Implying Ashok is writing articles base don somebody else’s experimental data[open source]. No harm in it, but, it is not a research really!  This is the prime issue with his other articles as well.

Another issue with this paper is the age of this data from Food And Agriculture Organization(FAO) of UN. Its from 1997. If u r writing articles based on a data from another decade, chances are it is most likely a junk article. I have personally rejected several such junks. Academicians keep writing such junk to justify funding.

Most of Ashok’s articles are followup articles, there is not a single ground breaking article. The articles citing his articles are also of similar nature.

One decent publication of Swain is Studies in Conflict & Terrorism. However he is the third author. Feargal Cochrane is the corresponding author as he is the only person with his email on it. Implying Swain is an intruder in this publication.

One of the other highly cited article by Swain is “The Nile River Basin Initiative: too many cooks, too little broth” in the SAIS Review by Johns Hopkins University. Does have an impact factor nor has a quartile.

Next article we look at is Water wars: fact or fiction? Published in Futures. Atleast has a quartile. When Swain published in 2001, it was ranked Q3. In this article he cited 7 of his own articles.

This is a dangerous recipe if self plagiarism in Engineering and Sciences field. Just playing with words is not a good practice. Swain is lucky that he has not been noticed by retraction watch.

Even if this isn’t self-plagiarism it still qualifies as writing junk articles to sock-puppeteer a reputation. But this is serious, you cant reproduce data of tables like that, without even citing the  article where it first appeared. It’s a strict no-no. Writing multiple articles with same data is unethical.

Lack of Scientific rigour is evident, Ashok doesn’t seem to be following the best practices. This might have to do with the institute/university where he did his PhD. Perhaps his PhD guide was not competent enough to train him. This raises serious questions on the credibility of the political and social sciences department in universities like JNU.

PS: If people like Ashok Swain are considered intellectuals as per the media narrative, what would be the future of that country where the social sciences PhD’s tell Defence Research and Development Organisation – DRDO scietists on how to build a piece of Engineering.

What quality of education Sweden University and other Universities of Europe imparting to its students when the professors they hire are using dubious means to get the job?