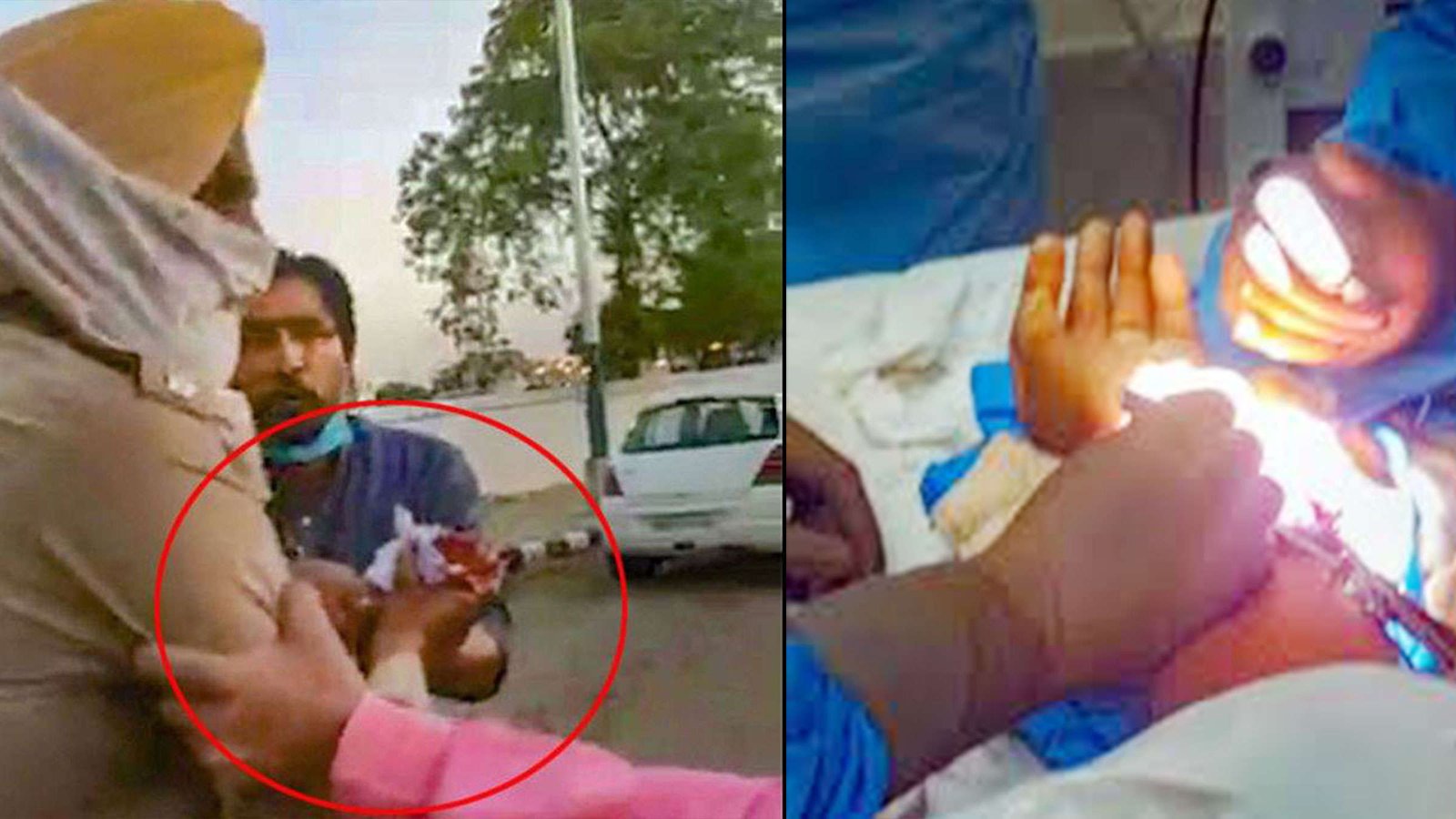 Pakistan is using Chinese Virus COVID-19 as Bio-Weapon against India. Plans to infiltrate Chinese Virus infected Terrorists in India. Pakistan has activated its Proxies throughout India. Recent incident took place in Punjab where the hand of a Police officer was chopped off by a Pakistani Proxy.

The maxim goes thus. Either you are guilty or all of us are, but never me alone. Yesterday’s attack on police in Punjab, India, that too in the personal stronghold of the Chief Minister of the Province perfectly fits into this category. There is no motivation or reason for such dastardly an attack.

Initially, the attack was blamed on the orthodox Sikh Nihang community. But, slowly, the details started emerging. There was an unprecedented amount of weaponry found in the Gurudwara they made their base. Even, gas canisters were planted in the neighboring fields as a booby trap.

It looked as if a terrorist plant is uncovered prematurely. The final confirmation came from the Nihang community itself, which confirmed that the perpetrators of the crime are not Nihangs. If so who are they?

One needs to look at the general state of affairs in India to get a grasp of what’s happening. There are two major themes playing out in India – Tabhlighi Markaz and opening of mountain passes in Kashmir due to the onset of summer.

It is already well known that the actions of Tabhlighi Markaz led to more than doubling of India’s COVID infected numbers. Their acts, both in detention and evasion is not helping either. With the anger slowly rising against Tabligh and Islam in India, it is but natural that a diversion is needed to shift the blame. The attack in Punjab comes at an opportune moment – to send the message that, when all religions are violent, why target Islam in specific? A small diversion is all that is needed to shift the blame from a crime against humanity.

On the other hand, Pakistan is facing stiff resistance on the border. Though a spike in infiltration and CFVs is noted, it’s not proving effective enough. Had the plot in Punjab not been uncovered, it would have given Pakistan a much needed diversion from the carnage which is being inflicted upon them by Indian Army. It is already known that Khalistanis act as proxies of Pakistan globally and it won’t surprise anyone if the attack in Punjab is conducted by some such proxies. Even recently, there are some high profile interventions by the Khalistani community like trying to shift the discussion towards the 1984 terrorist holdout in Amritsar leading to Operation Bluestar when Nankana Sahib Gurudwara is under Siege; a conspicuous absence of any reference to Pakistan over Kabul massacre in spite of the fact that ISKP is headed by a Pakistani and operates out of Pakistan and many such things.

In fact, a prominent Khalistani face and a major drug peddler, Harmeet Singh was killed in Lahore in a turf war. We mentioned about him in details in our previous article Dreaded Drug Peddler Harmeet Singh Killed In Pakistan In A Turf War.

Further hints to Pakistani involvement comes from the fact that, intelligence inputs place around 200 Muslims camped in Nepal ready to infiltrate into India and spread the virus. This fits perfectly into the Pakistani plan of sending infected terrorists across the border into India in its unending fight against India.

One may say that it is really surprising that someone is trying to use a pandemic of biblical proportions to score their petty political scores. The question then will be, what can be done to ensure that people don’t fall for such cheap tricks and strive for the welfare of humanity.

Pakistan that is following the policy of bleeding India with 1000 cuts, how long will India fight a defensive battle. If we look at the Indian History, the great King Prithvi Raj Chauhan defended his empire against the aggression of Mohammed Ghori. The Prabandha Kosha claims that Prithviraj captured Muhammad 20 times, but was himself imprisoned during the 21st battle of Tarain.

History of Pakistan inflicting bleeding cuts to India is long over past several decades. Would India let Pakistan bleed India? Or will Indian leaders take decisive steps of supporting Freedom Fighters for the Independence of Balochistan, Sindhu Mahadesh and Pashtunistan?

Until Indian Government takes proactive steps as during 1971 when Bangladesh was created by the active help of India, this menace of FATF Grey Listed Terrorist Nation Pakistan will continue to be a cancer of South Asia.