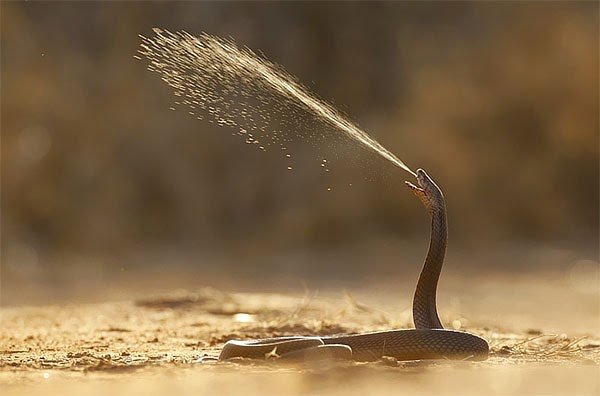 Compulsive India haters have long maliciously maligned the image of India not only Internationally but also spread communal hatred between two Major Religions Hindus and Muslims in India. Using the victim card and inciting common Muslims in the name of religion, these Journalists and pseudo-intellectuals including the Leftist Indian Media have held India at ransom. This Compulsive India haters ecology has spread its roots not only in India, but has spread all over the world including Gulf Countries, Europe, US Democrats and neighboring countries of India.

It has now been proven that more than 10000 people are infected all over the world by a “Single Source”. Whether it’s an act of malice or an act of omission, the reality is that, in vast swathes of territory spread across multiple countries, they are the single major source of spread.

The global ecosystem gets automatically activated when something tries to show Islam in a bad light, even remotely. And it’s no surprise that the ecosystem is activated again to normalise this crime against humanity, just because Tabligh is linked to Islam. Rather than trying to dissociate Islam from the criminal acts of this organization, we are in an unenviable position where a religion of more than two billion is dragged to give cover to the criminal acts of a few thousands.

An anonymous site, calling itself “Indian Scientists’ Response to CoViD-19″ comes up. It releases a statement that the Tabhleegi Jamaat has nothing to do with the spurt of Covid19 infections in India.” Who are these ISR? A supposed anonymous group of “400 scientists and technologists who are helping shape a response to the Covid19 challenge in India”.

On the basis of this, a net magazine called “Clarion India” brings out a piece.

This piece is now tweeted by CJ Werleman.

Soon there is a chorus of ‘Islamophobia’. You will soon find this link being shared in the news feed.

But, let us inspect this further.

The site http://indscicov.in is 19 days old. It was created on 2020-03-23, the very day after the lockdown was declared. It was created from the Netherlands. Why the Netherlands? There was a India hater, Pakistan Intelligence Agency ISI team there recently. They were out to intimidate dissident Pakistanis who are based out of there and Scandanavian countries. Check the article ‘Victim Of A Sinister Campaign’: Pakistani Journalists Face Retribution Even In European Exile

What else does http://indscicov.in have to show? Nothing more than some research papers which they have lifted from the net.

Pakistani journalist Sajid Hussain was recently picked up from Sweden. One assumes the operation was based out of somewhere centrally in Europe?

But, let us look at “Clarionindia”. It is lead by Aijaz Zaka Sayed. A journalist from Hyderabad who has extensive Middle East contacts. You can check his page here: https://facebook.com/szaijaz/

And, as to what the mechanics of this warfare is?

You might want to check up on “Operation Infektion”

You’ll get to know how Disinformation campaign is carried out.

You’ll have seen such sites crop up before too. There were many such sites, propped up by Congress, which supposedly used ‘Artificial Intelligence’ and predicted Congress was winning. These sites were then used to propagate by Social Media. Thus circumventing Election Code norms.

You can do a few things of your own. Aijaz Zaka Sayed and CJ Werleman are both on Facebook. Check out their friend’s list.

Trace each of them and work out the connections of the ecology which sustains the narrative. See how deep, structured and connected it is. See how they strategise and forward think.

BUT, here are a few questions.

We will list some of the tweets by some of the Compulsive India haters, Radical Journalists and pseudo-intellectuals, we came across on the social Media.

We already covered in details about one of the pseudo-intellectual Ashok Swain who had used his fake credentials to get to the job of a Professor in Sweden and how he is a spreading venom against India in our previous two articles.

The Intellectual Hit-Men Or Women

Anatomy Of A Swain: Cracks In Academia

Now check how these Compulsive India Haters are running their propaganda to pit Muslims against Hindus by inciting Hindus.

Then Whitewashing the crimes against Humanity by denying the testimony of Nurses and medical staff of the Hospital that complaint about it.

For over readers, we will publish the copy of the complaint sent by the Nurses and the Medical staff to the Medical Superintendent of the hospital.

There was a video also from the female medical staff viral on the social media giving the same statement against the quarantined members of the radical organization.

Instead Rana Ayyub started putting blame on Hindus in UK for a stray incident. This is called malicious Propaganda.

And then plays victim card after running hate propaganda

Another radical journalist Arfa Khanum Sherwani took hate against Indian Government to new heights. She supported a unknown actress to come out with videos questioning Indian Government. Her profile is full of all the videos of a little known artist. Indian Authorities should investigate who is writing the script, directing the video shoots and funding the whole venture.

Another journalist using Islamophobia as a tool to protect a small organization.

Another great Journalist who never leaves an opportunity to give the hint to her ecology of India Haters what do to next. Her this tweet gave the indication to people in her ecology to create a migration crisis that saw lakhs of people on Delhi border wanting to go on foot to their home towns.

India does not need enemies from outside to bring it down. They have long spoken willfully against a Hindu social organisation RSS that had earned wide appreciation during the present Chinese Virus pandemic, distributing food and essential ration to Muslim families and even sanitizing streets, roads.

These Compulsive India haters, Journalists and pseudo-intellectuals, using the victim card of minority religion in India, are pitting Muslims and Hindus against Each other. These Journalists cannot be followers of Islam because their actions do not speak of the Islamic values and principles. A social media user shared a tweet showing pics of a known India hater, the venomous Rana Ayub. If she herself cannot practice the principles and values of Islam, doesn’t it raises questions on why she is bent on demonizing India and Hindus?

Will Indian Government take action against the Indian Journalists spreading communal hatred between Hindus and Muslims? Will Indian Government come out with an official data of what they have done with respect to the welfare of Muslims for the International community to know the Indian Government side of story, the voice which is lost under the loud shouting of Compulsive India haters, Radical Journalists and pseudo-intellectuals. We know Indian Government has brought in thousands of expatriates from several countries including Gulf Countries. If Indian government was against Muslims, they would have left out their citizens in those countries as Pakistan left its citizens to fend themselves in Wuhan, China. Indian Government would not be then giving top of the world class medical treatment to the Radical Islamists belonging to Tablighi Jamaat that Indian news websites now claim as the single largest source of spread of the Pandemic in India.