Violence Against Students Is Part Of The Pakistani Tactic To Deprive Baloch of Education: Khalil Baloch 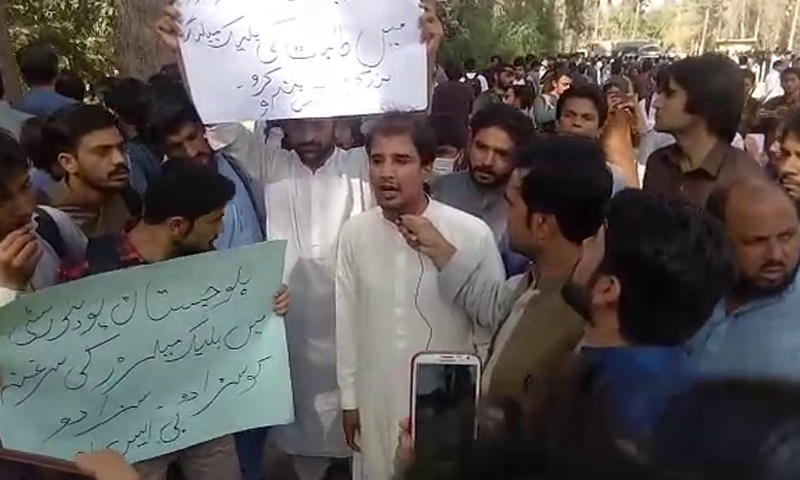 Chairman Khalil Baloch said, “We know that the Pakistani education system is based on the colonial education system and lacks any kind of humanity.” Its main purpose is to deprive us of the values of Baloch code and Baloch way of life. The system is designed to grow a passive slave mentality in the Baloch people. Its main purpose thus being a tool to subjugate us, but the powerful spirit of Baloch nationalism and despite being strictly watched in the system, dedicated voices always emerge from the students in Balochistan. These students follow the Baloch code of honour in the struggle between vice and virtue. While remaining inside the same system, they still show the occupier their crooked face by resisting to be subjugated. The failure of the educational system to completely subjugate the Baloch children is the main reason that the State has turned to deprive the Baloch children of their own colonial system of education too. The army has occupied hundreds of schools and colleges and converted these into military camps. Balochistan University reflects the scenario of Nazi-style camp. And even still, Pakistan is worried that if Baloch students are allowed to study in the state’s own built and closely watched system of education, it could weaken Pakistan’s occupation.

He said that this fear of Pakistan and hubris of occupation is seen in various forms; Thousands of students, including Chairman Zakir Majeed, Chairman Zahid Baloch, Shabir Baloch, are facing torture in secret dungeons. Numerous have been killed. Baloch students are facing the worst violence and humiliation for demanding their basic rights. The irony is that students from the wealthy land of Balochistan also face threats from the occupier on a daily basis. From the installation of secret cameras in the girls’ bathrooms of the university to the violence of the students; all show the ugly face of the colonizer to the Baloch people.

Chairman Khalil Baloch said that Yar Mohammad misbehaved with Baloch daughter  Maah Rang Baloch and other students. His act is a source of further assurance that the enemy can fall to any extent to keep its occupation. Paid agents like Yar Mohammed have been doing this for the past seventy years but the social and national revolution has forced them to seek refuge in Pakistani military barracks. This is a message to Yar Muhammad and like-minded that Baloch youth can hold them from the collars and expose their real face to the world.

Chairman Khalil Baloch said that the Baloch National Movement appreciates the students’ struggle for their rights and urges them to be more agile and organized. Students are the best architects of any nation. Instead of being frightened of their colonizer, they have to resist hard. The days when the black clouds of humiliation, and oppression will fade away and the sun of freedom rises on the Baloch land will come.

We covered in details about how Pakistan Army is under a strategy working towards discouraging Baloch girls from getting education in Universities in Pakistan in our previous article University Of Balochistan Scandal: Secret Cameras In Women Washrooms