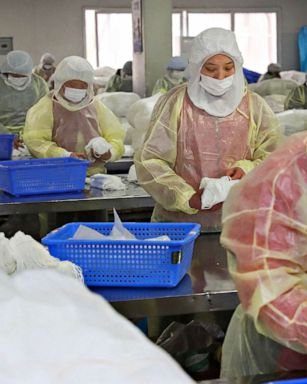 What is the impact of this supply chain disruptions on the Global Economy?

China is central to a diverse range of global supply chains: much of the world’s raw materials travel to China before being turned into a manufactured product. Beijing is the largest trader of merchandise in the world

We came across an article written on reddit by an anonymous person. We are reproducing the article here:-

A couple days ago I posted details about the supply chain disruptions in China triggering a global economic disruption which would begin accelerating today (2/10 in China). Here’s how the dominoes have continued to fall..and are already starting to ramp up.

I work in logistics within a consumer packed goods industry. A few days ago I wrote a long post detailing the serious supply chain impacts of Coronavirus, based on a lot of first hand information given from our suppliers and freight forwarders.

I predicted that we were just seeing the start of the global economic fallout of this. I talked about how beginning today, after the already extended CNY ends for many businesses, foreign companies would start to understand the full effects the virus will have on their costs, inventories, supply chain, and retail sales volumes. How freight shortages are all but guaranteeing delays and increased shipping prices. And how a lot of companies will have difficulty fulfilling orders over the coming months, with no viable alternative sourcing elsewhere.

Last week many companies released generally positive statements to investors that they expected production would start today. It seemed US investors believed them, as markets recovered from the initial dip. However I believe most investors are woefully ignorant of the severity of the actual situation, and in the coming weeks we’re likely to see major market corrections.

Over the past 2 days many news articles have been written corroborating a lot of my points/fears. Companies around the world have begun releasing more information, a lot of it expressing much more dire circumstances than they admitted last week.

Here’s an update on the worsening economic situation.

Many factories around the country are having more trouble than previously thought re-opening. On top of mentioned looming worker shortages, the government has imposed new workplace safety regulations. This includes mandatory mask usage by all employees, daily temperature checks, and monitoring employee movements. Many producers do not have the manpower or infrastructure in place to abide by these regulations, thus further delaying opening until they can meet compliance.

Several major corporations have already released statements that they expect extended delays past the 10th.

2. Concerns about worker shortages have also been realized, as some suppliers are finding high percentages of employees unable to return after CNY due to quarantines as expected

3. Demand for raw commodities around the world is starting to tank, as many Chinese buyers are cancelling or delaying existing contracts for raw materials via “force majeure” clauses. This ranges everything from Copper to Oil to Gold. Some of these, such as Copper, are seen as barometers for economic health, since its used as inputs in many different items.

This has wide-reaching effects in every industry throughout the global supply chain.

5. Many automakers around the world have begun releasing statements with expectations not just due to dramatically reduced production, but also retail sales throughout China. Wuhan is a major hub for automobile and parts manufacturing.

6. Markets in Asia, Europe, and Australia all opened down today and continue to see declines. The drop in the Shanghai index is particularly concerning given they just released data that China has finally exited “deflation” territory in January, and the CCP has continued to inject tens of billions of dollars in liquidity via state-sponsored investors to prop up the market.

7. The WHO director has made statements expressing concerns that we may just be seeing “the tip of the iceburg” with this thing given evidence of H2H transmission from people without China travel history.

These are just a handful of signals, all further pointing to the same thing. Everything I expected 2 days ago is becoming real. This is all a very bad sign for the US stock market. I would be shocked if US indexes don’t see a sharp drop on Monday as investors start to understand the actual situation we’re in right now.

Given the current state of the market at record highs, unless we hear some very good news in the coming days, its not impossible this thing could trigger widespread economic contraction and global recession.

As per an article from CNN The coronavirus is already hurting the world economy. Here’s why it could get really scary :

Car plants across China have been ordered to remain closed following the Lunar New Year holiday, preventing global automakers Volkswagen (VLKAF), Toyota (TM), Daimler (DDAIF), General Motors (GM), Renault (RNLSY), Honda (HMC) and Hyundai (HYMTF) from resuming operations in the world’s largest car market. According to S&P Global Ratings, the outbreak will force carmakers in China to slash production by about 15% in the first quarter. Toyota said on Friday it would keep its factories shut at least until February 17.

Luxury goods makers, which rely on Chinese consumers who spend big at home and while on vacation, have also been hit. British brand Burberry (BBRYF) has closed 24 of its 64 stores in mainland China, and its chief executive warned Friday that the virus is causing a “material negative effect on luxury demand.” Dozens of global airlines have curtailed flights to and from China.

Even more troubling is the threat to global supply chains. Qualcomm (QCOM), the world’s biggest maker of smartphone chips, warned that the outbreak was causing “significant” uncertainty around demand for smartphones, and the supplies needed to produce them. Already, auto parts shortages have forced Hyundai (HYMTF) to close plants in South Korea and caused Fiat Chrysler (FCAU) to make contingency plans to avoid the same result at one of its plants in Europe.

Economists say the current level of disruption is manageable. If the number of new coronavirus cases begins to slow, and China’s factories reopen soon, the result will be a fleeting hit to the Chinese economy in the first quarter and a dent in global growth. If the virus continues to spread, however, the economic damage will increase rapidly.

Central banks in neighboring countries including Sri Lanka, Malaysia, Thailand and the Philippines have cut interest rates in recent weeks. South Korea and Taiwan could be next.

But the big powers of the financial world are exhausted from a decade fighting anemic growth since the global financial crisis. The European Central Bank introduced negative interest rates in 2014 and hasn’t been able to increase them since, while the Bank of Japan is in a similar position. The US Federal Reserve already cut interest rates three times last year; Chair Jerome Powell has said he’s carefully monitoring the situation.

Meanwhile, debt levels have soared in the United States, Japan and key European countries including Italy, limiting the scope for a big fiscal stimulus if the world economy goes into another tailspin. Global debt, including borrowing by households, governments and companies, has jumped to more than three times the size of the global economy, the highest ratio on record, according to the Institute of International Finance.

Also critical is whether governments are able to coordinate their response to the outbreak, ideally with help from multinational institutions. This is especially true because, according to the World Bank, preparedness for a potential pandemic is low. But coordination may prove difficult in a increasingly fractured world where nationalism is often prized over cooperation.

India, the world’s third-largest drug producer by volume, imports 70% of its raw materials from the Middle Kingdom. This may slow down to a trickle, according to industry executives, if the restrictions in the neighboring country continue for a few more weeks.

“We cover ourselves with extra inventory,” said Arjun Juneja, director, Mankind Pharma. “So, there is no fear till mid-February. However, if it goes beyond that, 70% of industry will get impacted,” he said. Some other firms said they had buffer stock for next few months.

China’s decision to extend the Lunar New Year holidays and the quarantine of more than 45 million could make imports of key raw materials difficult, experts added.

“The spread is likely to threaten pharma’s ingredient sourcing,” said BR Sikri, chairman, Federation of Pharmaceutical Entrepreneurs (FOPE). “The Chinese government has extended holidays and due to delay in shipments from the country, India is likely to face shortages of essential drugs.”

Raw materials from China are used in making antibiotics, paracetamol, and diabetes and cardiovascular drugs, among others. Companies including Lupin, Sun Pharmaceuticals, Glenmark, Mankind, Dr Reddy’s, Torrent, Aurobindo Pharma and Abbott are hugely dependent on Chinese imports. “About 90% of the needs of antibiotic makers in India is fulfilled by China. The entire spectrum of the industry — small, medium and large-scale — is going to get impacted if the situation continues,” said an expert from a pharma advocacy group, requesting anonymity.

The problem for the Indian industry has been compounded by the fact that much of Chinese drug raw material production is concentrated in Hubei, whose capital is Wuhan, the epicentre of the coronavirus outbreak. There are approximately 30-40 units of basic chemicals, API and intermediates in Hubei which supply products to India. Zhejiang and Jiangsu are the other two main centres of production and they are also located close to Wuhan.

Bulk drugs, or active pharmaceutical ingredients (APIs), are the raw materials used for making formulations or medicines. Intermediates, on the other hand, are chemical compounds that are used in producing APIs.

Mehul Shah, a pharma expert familiar with the Chinese pharmaceutical industry, said there is going to be more panic in the days to come. “There is going to be serious scarcity as the inventory levels are dropping.” He added that the supplies became erratic from January 10 and it may become a bigger problem if the situation continues in February.

However, some pharma lobby experts feel this is a blessing in disguise. According to India’s drug regulatory body, the country has 1,500 plants that manufacture APIs and are running at 40% of their capacity. “If the situation demands, a large number of medium enterprises in Baddi (in Himachal), Hyderabad and Maharashtra may have to gear up to fulfil the demand,” an expert said.