In a Show of Strength by Leftist Liberals Jihadist Sympathizers On One Hand And Nationalists On Other Hand, Whom Will You Support? 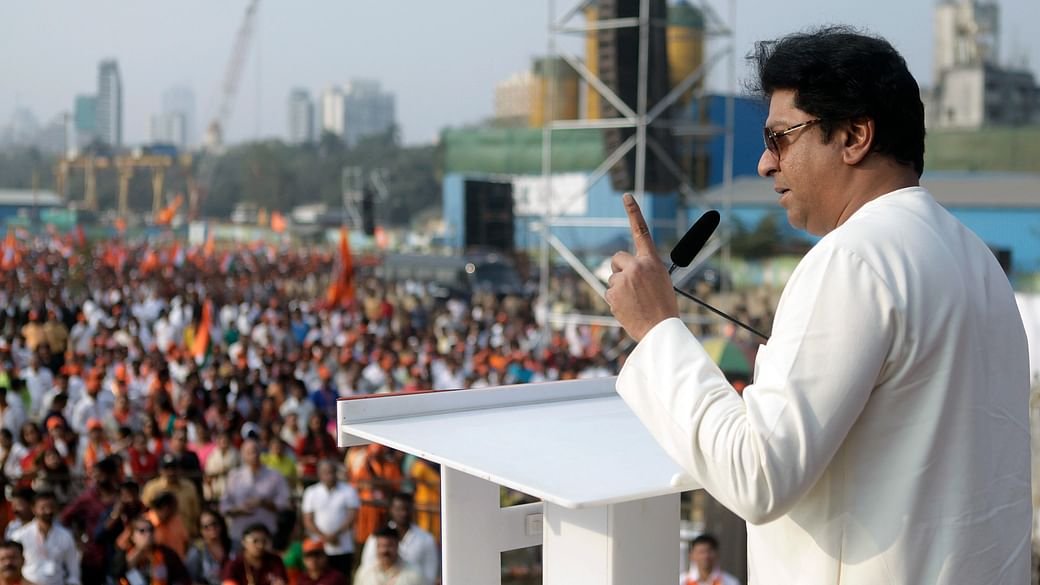 In a show of strength and Fake Propaganda by Leftist Liberals and Jihadist sympathizers, all Leftist Liberal Media houses highlighted the rallies and sit in protests of a handful of Jihadist Supporters and leftist Liberals across India and gave a picture that whole India is against the new Citizenship Amendment Act 2019. However majority of Indians were ignoring the need for showing opposition for such protests as they were by handful of Jihadist supporters and did not mean anything to the vast majority in a country with 1.3 Billion Population.

One fallout of this was that the Leftist Liberals and Jihadist sympathizers main stream media was able to run their Fake Propaganda against India and created a delusion of India as being discriminative on religious grounds whereas hiding the voice of vast majority in total population of 1.3 Billions.

As a turning point in the Fake propaganda by Leftist Liberals and Jihadist sympathizers, a massive rally was taken out by one of the Indian Leaders, Raj Thackeray of MNS in the Financial Capital of India, Mumbai to show support for Indian Government led by Prime Minister Narendra Modi and the new Citizenship Amendment Act (CAA) 2019. The rally was attended by 1.5 Lakh to 2 Lakh Indians.

In the afternoon, the MNS took out a huge march from Girgaum Chowpatty to Azad Maidan in south Mumbai, demanding eviction of illegal Pakistani and Bangladeshi “infiltrators”.

A massive crowd gathered near Hindu gymkhana to carry out the rally. However, Raj Thackeray reached the designated place by around 2:45 pm.

After starting from his home in Dadar’s Shivaji Park, Thackeray, wearing a saffron armband, visited famous Siddhivinayak temple in Prabhadevi, accompanied by his wife Sharmila and son Amit who had formally joined politics on January 23.

He joined the “mahamorcha” (mega march) on foot from Hindu Gymkhana and walked till Metro Junction, which is about 1 km apart, before asked by police officers to travel further in his car because of a huge crowd.

Thousands of MNS workers and supporters thronged the area near Marine Lines railway station in support of Thackeray. People from all over the state including Kalyan, Thane, Nagpur, Palghar, Nashik, Kolhapur, and other cities participated in the rally.

Raj Thackeray then led the march on foot till Azad Maidan — the venue for the protest in Mumbai.

Raj Thackeray started his address with “My Hindu brothers and sisters…” This is a change from “my Marathi brother and sisters…” which was his usual way of addressing earlier.

Raj Thackeray had adopted the same opening last month while addressing the party conclave in the suburban area of Goregaon as well. That was when he had introduced the new saffron flag of the party.

While addressing the rally, Raj Thackeray threatened the CAA protesters saying that his party will give a befitting reply to them. “Whatever happened is enough …. Today, we have replied to the morchas (Rally) through a morcha (Mega march and Mega Rally). But if you [anti-CAA protesters] involve in this”, there will be a tit-for-tat.

It was accompanied by a swipe. “You get so much freedom in this country. So don’t create any further drama,” he said at the special rally that he promised last month.

Underscoring his support for the National Register of Citizens, the MNS chief said: “Is my country a dharmshala (inn) for anyone to come and stay?? Is humanity something that only India needs to show? Even in other countries, if you don’t have passport, there are 2 options – go back, or go in jail. Then why should we only care about humanity?”

“I never understood the rallies taken out by Muslims across the country. Who was going to throw you out if you have been staying here since birth? Pakistanis and Bangladeshis should be thrown out of the country. There should be no compromise on it,” he said.

Extending his support for the CAA, Raj Thackeray said: “I never understood all those morchas (Rallies) taken out especially by the Muslims, be it regarding the CAA or NRC. The law doesn’t drive out anyone residing out here since birth. So what was the objective of showing strength? Pakistanis and Bangladeshis should be thrown out of the country. There should be no compromise on it,” he said

“Hindus are a minority in Pakistan. If they feel threatened, what’s wrong in giving them citizenship here? India is not a “dharamshala” for illegal migrants.” Raj Thackeray said.

Addressing the Maharashtra Marathi speaking Muslims, Raj Thackeray said: “Wherever Marathi-speaking Muslims stay, those places have never witnessed riots. They are our Muslims. In Mira Bhayander area, however, we are now witnessing Nigerians as well. I want to appeal to the Centre if they are bringing this law to divert attention from the present situation. If you are bringing these laws then implement it strictly.”

“2 crore infiltrators have entered India from Bangladesh. Mullah and maulavis from other countries are also coming to India. This is a dangerous sign,” Raj Thackeray said.

Raj Thackeray further said that a “clean up” was required and that the Maharashtra Police should be given a free hand for the same.

Raj Thackeray even said that he would now approach the central government on the matter as according to him, there was no point taking the matter to the state government.

Over the last couple of months, Raj Thackeray has been speaking in favour of the CAA and the National Register of Citizens.

Last month, Raj Thackeray unveiled the party’s new flag and launched his 27-year-old son Amit Thackeray – making it clear that the MNS will work for the rights of Hindus as a true legacy of Late Bala Sahib Thackeray who was a strong defender of rights of Hindus, and will occupy the space left vacant by the Shiv Sena following its alliance with the Leftist Liberals and Jihadist sympathizers Congress Party and Sharad Pawar’s Nationalist Congress Party in the Financial Capital of India, Maharashtra.

Noted Filmmaker and Social Activist Ashoke Pandit from his twitter handle @ashokepandit also tweeted a video showing lakhs of Indians coming together to fight against the enemies of the country in his message to all the Anti-Indian forces.

Some more videos of the massive rally in support for Indian Government led by Narendra Modi’s new amendment to Citizenship Amendment Act (CAA) 2019 were posted by social media users that went viral.