A Family Facing A State – By Meerain Zehri 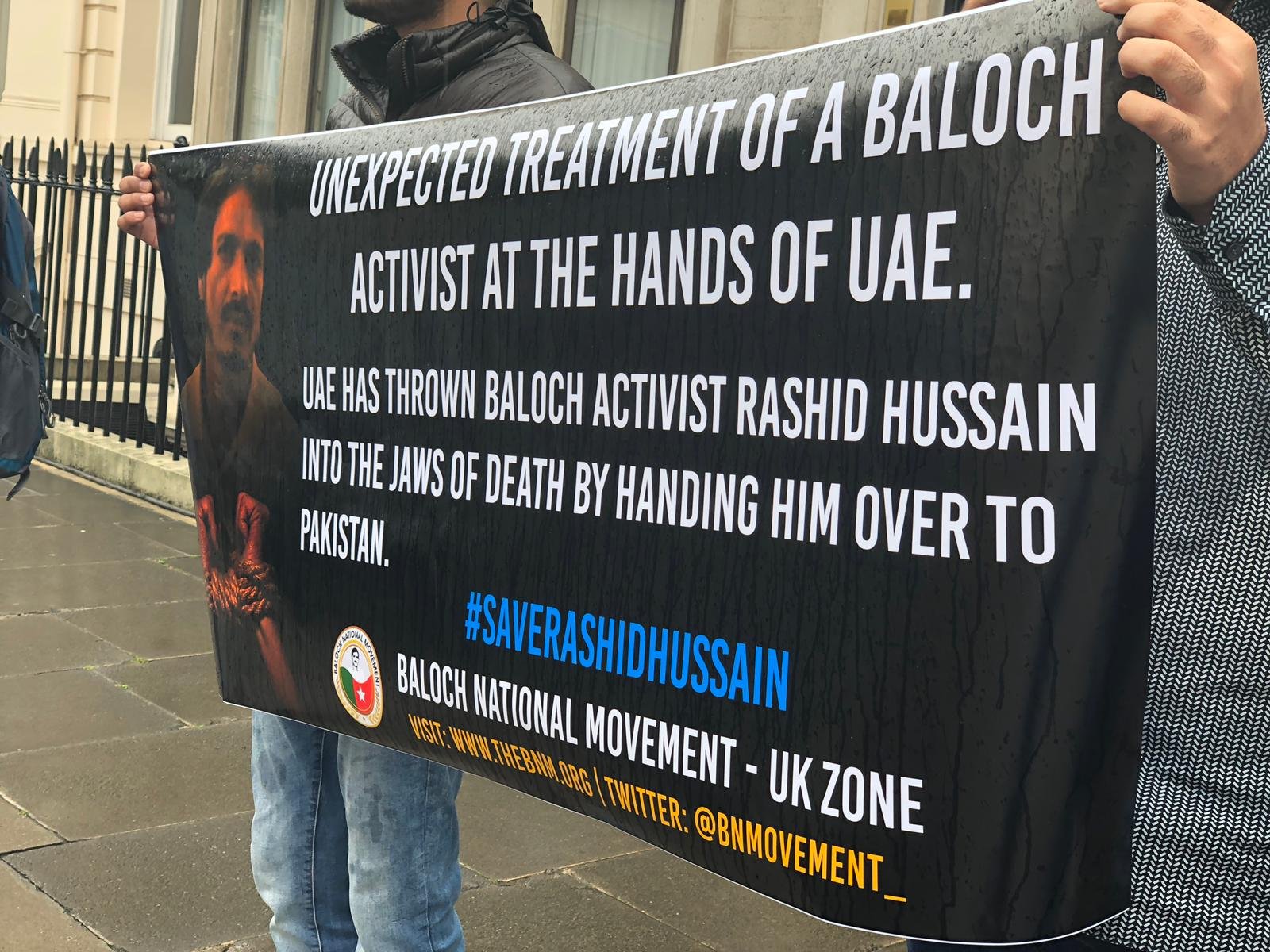 This is a story of a Family that is Facing a Tyrannical State of Pakistan. This is a story by a sister about her brother who was abducted by UAE Authorities on Fake charges and was handed over to Pakistan. No case has been filed in last one year and the Balochistan Freedom Activist is still missing.

Rashid Hussain was a 2nd year student when my cousin Majeed was kidnapped and within few days he was killed and dumped by state agencies. A year later one my uncle and father of Majeed, Haji Ramzan Zehri was shot dead by a Pakistani death squad.

The chapter was not closed then my another cousin was also shot dead by unknown gunmen in Hub Chowki. Out of fear we asked Rashid to immigrate to Dubai and he was forced to leave his studies. He started working for his bread and butter with my other cousins who had left Pakistan owing to their life threats.

My family also sent me to Islamabad. So we all were in Anxiety when we heard about Rashid Hussian arrest on 26 Dec 2018 by UAE intelligence. Since then, We kept searching through Lawyers and we faced threats from intelligence officials as they demanded Rashid’s passport from our family unofficially and they put Rashid in their torture cells for six months and then deported him to Pakistan illegally 22 June 2019 and Pakistan exposed his arrest in 3rd July 2019 and he has still been missing in Pakistan. My mother went everywhere to have information about him but every Institution and department even police has failed to respond her about Rashid’s case and the reasons why he has been kept in secret cells.

Still we are searching for our brother and we are facing many state barbaric threats as. We have lost 5 members of our family and we have always been muted by our society not to speak up against injustice because they think we are going to be killed or abducted Too.

Least but not the last, There are some people who may think to speak up against Brutality then killed rather than to be silent and killed. Rashid Hussain is a social activist he always raised his voice for injustice on humane and particularly for his Nation what our brothers, sisters, mothers, fathers and children are going through. His sin is he just elaborated his opinions and wanted to bring to the light what we have been facing and highlighted to the Human rights organizations and the entire World to save my Nation from these brutalities such as Abductions, Dumping, being killed and putting in secret cells illegally and injustice way.

Eventually my brother was kidnapped and kept in secret cells by Pakistan as called a peaceful country and with out any proof and sanctions my brother is being tortured and his sin is, he is a human rights activist and shifted him to the death zone and all Human rights organizations are still silent on Baloch’s matters and so called “Humanists” We are in trouble where our voices be killed and where Human Rights Holder would Implement their role for innocent Human beings and there is no any safe heaven for Baloch people in Pakistan and as well as in UAE too.

Rashid Hussain left Pakistan and moved to Dubai for safe and peaceful life to spend his good days in there but could not see the UAE been used by Pakistan would violent her rules. As we know there is no law in Pakistan but UAE is playing as partner player to Homicide the Baloch people and which grieve acts for all Baloch and even if for all Human Rights Activists.

We also covered about Rashid Hussain in our previous article Balochistan Independence Day Conference In Frankfurt, Germany, Demonstration In South Korea in August 2019.