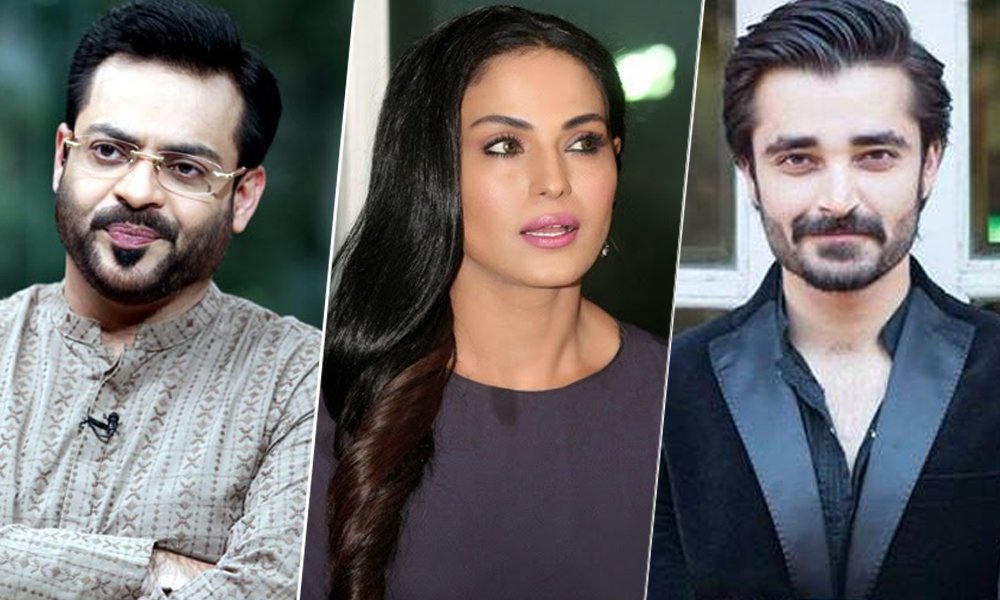 After 370 abrogation by Indian Parliament, everyone in Pakistan thought that Pakistan will respond with a tough Military option, at least I was one of them.

In past whenever such a conflict took a sharp turn like this, tanks started rolling on the ground and boots started marching toward Line of Control.

This time around, Pakistan’s Military public relation department took the lead and initiated a soft attack by launching their famous artists, players and known media anchors.

There were some who were already in debt of Director General ISPR and were awarded Sitara-e-Imtiaz on Aug 14th Independence Day celebrations and some had been placed in very highly paid outlets where some were given lead roles in film industry.

This enforced appearance of ‘selected’ Pakistani Celebrities, actors pretty much resonated with the current national narrative where a Cricketer celebrity captain, World Cup 1992 champ and somewhat pretty face Imran Khan was given the role of Prime Minister in the Capital Islamabad.

On the global front Pakistan struggled to raise its objection over Indian approach of Kashmir, but as a typical Punjabi film produced by a Lahori, this one also couldn’t get out of box to the box office.

Why is that? Why Pakistan’s diplomatic attempt on each global front went unheard and key International players including ‘Muslim Ummah’ stood in agreement with Indian side of story, perhaps their script wasn’t good enough like any Bollywood movie was not well written and well-rehearsed, or perhaps it is due to the fact that Pakistan spoke too soon and took premature steps that caused massive discredit and embarrassment on the international stage.

Another major factor in this whole global tug of war was Pakistan’s poor performance by these actors who were not cut from the political fabric and were definitely forced to push their narrative just being a pretty face.

Shah Mahmood Qureshi’s own charm of being a sweet talker and his spell of being a religious ‘Peer’ of Multan didn’t work this time.

Ironically when you are provided a script to perform, sometimes it sounds like a broken record and sometimes you forget the lines and say what the ground reality is, like Foreign Minister Shah Mahmood Qureshi spilling out the reality of Jammu & Kashmir being part of India. I am sure he later on must have faced the consequence from the person sitting on the Director’s chair.

They used their entertainment fraternity stars to boost their fake national narrative. Some of these stars willingly participated in this military exercise and some were enforced as they had no choice.

While India was busy sending out most seasoned foreign service stars of their diplomatic core like Syed Akbaruddin, Pakistan had launched a nicely choreographed video song on taxpayer’s expenses using some of their available ‘assets’ and boot licking film/tv industry celebs.

Pakistan’s Maliha Lodhi wasn’t also able to use her charm as there was no back up provided by real foreign service officers for such important international events.

Now that I compare all these activities and see India’s Defense Mantri Rajnath Singh and Pakistan’s side Mr. Pervez Khatak, I see the contrast and irony that each Pakistani feels upon failure after failure.

Pakistan Internationally cannot use the Human Rights violation card on Kashmir while its own backyard is burning with such violations, I am sure that Mr. Qureshi must have driven pass by the Baloch, Sindh and Pashtun’s camps in Geneva and covered his face with embarrassment.

Pakistan in fact handed over an opportunity to India to highlight Pakistan’s failure on Human Rights grounds and basic fundamental right to their own citizens, like Asia Bibi & Jagjit Kaur’s name that echoed in UNHRC chamber.

We all have heard the term Enforced disappearances of Baloch, Sindhi, & Pashtuns in Pakistan, but this time Enforced appearance technology was used to promote a narrative that no one saw or heard.

Specially during Chandrayaan-2 episode of late night live coverage, Fawad Chaudhary couldn’t resist to spill venom despite being a senior member of current Pakistan government and holding the portfolio of Minister of Science & Technology. Well if a Minister of Science is acting like a 5th graders, what can we expect from others in the United Nations and Washington quarters.

So why not for a change for Pete’s sake stop making Talibans and get positively engaged in other trade activities for the good of your own citizens, as Enforced Appearance will disappear very soon?

Does Pakistan Need an Army?

In last 70 years the image of Pakistan Army created among the pubic was that, it was Almighty Allah’s own Invincible Army. While poor sleep with empty stomach, Tax Payers money has been used to give the luxurious life to Pakistan Army in last 70 years. From an all-time high of 7% of GDP in 1985 to 4% of the GDP in 2015 tax payers money was spent on feeding this huge Pakistan Army, under the delusion that it was the protector of Pakistan.

What did Pakistan Army do with all the money? All retired Generals and high-ranking officers are spending their retirements in luxury homes abroad, their children are getting educated in the most expensive educational institutions in US and Europe. An article published on News-Communique.com “Institutional Collapse Of Pakistan: Solution” talks of the power structure and Fauji foundation which is the largest business conglomerates in Pakistan having 18 industries with strategically diversified investment portfolio. As per rough estimates, the total value of the commercial ventures run by Pakistan Army was $100 Billion. Now Pakistan Army has also ventured into Making TV serials and slowly will enter into Film industry.

When the Pakistan public expected a strong military action from Pakistan Army, Pakistan Army took to streets and carried out sloganeering against India. The best thing they could do after feeding on Tax Payers money for 7 decades.

Even the Police in different provinces carried out protest marches.

DG ISPR that controls the media in Pakistan, launched a war on social media with a troll Army of thousands of paid trolls. Even the respectful office of the President of Pakistan was not spared. President Alvi tweeted a controversial fake video on Kashmir which was exposed in an Article “Pakistan President Arif Alvi Leads Troll Army: Releases A Fake Video To Malign India“

Due to all these reasons the myth created by Pakistan army being the invincible Army of Allah, got busted. One of the twitter users from Pakistan even offered bangles to DG ISPR.

One thing Pakistan Army has proven is that it is good at committing Genocide on the oppressed nation of Baloch, Mohjirs, Pashtuns.

This is the time that Civilian government dismantle the Fauji Foundation and take control of all its assets. There is no need for feeding the elephant that is good for nothing.

It’s time that Pakistan’s foreign office, internal affairs ministry and Prime Minister’s office took some serious steps and stop this widespread shenanigan going on far too long and must stop this filmi approach that is also not helping them at all.

Lastly a piece of advice that while Pakistan is busy trying to negotiate & sign a deal with Taliban Terrorists, Bangladesh already signed a deal with BMW/Benz manufacturers to start production in their country.

About the Author: The writer is a human right activist and very vocal on Civil Right violations across the globe. He works as Host/Producer (Current Affairs) at a leading news channel of North America. He can be reached at anisfarooqui@gmail.com