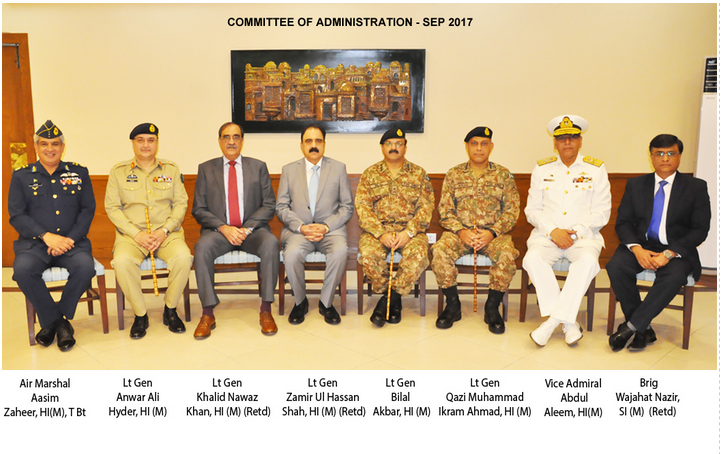 Democratic setup in Pakistan started to take shape first time in history of independent Pakistan after ouster of military dictator Parvez Musharraf. However, foundations of democratic setup was so weak, that it began crumbling soon. The collapse of institutional democracy started since Justice Saqib Nisar took office of Chief Justice of Supreme Court of Pakistan and the collapse was complete when absolute mockery of elections was made during July 2018 general elections. However, roots of this collapse can be found even during early years of Zardari government.

Pakistan is currently in political turmoil, information regarding which is forcefully suppressed. How the country operates its day today business has remained a mystery to outside world and the secret operative nature of Pakistan has fooled world powers for long. Even today there is massive confusion as to how this country infested with terrorism and corruption operates.

In order to tackle the menace of terrorism originating from Pakistan, it is important to understand how Pakistan actually operates so that it can be effectively countered.

Below flow chart gives the hierarchy of power structure currently running the affairs in Pakistan. This structure has remained intact since Field Marshal Ayub Khan, expanded the role of Pakistan Intelligence Agency ISI. Irrespective of the fact who is the face, whether political setup or military setup, below depicted power structure remains in control of the state.

In essence the governing body always remains the Joint Intelligence Bureau (JIB) which acts as a state within the state. ISI chief and COAS operates in consensus with JIB and rarely breach the trust. JIB is the deep state of Pakistan, which explains why Parvez Musharraf remained clueless regarding presence of OBL and why Taliban continued to flourish when US was paying heavily to Pakistan to eliminate them.

Control of deep state (JIB) waned somewhat when Musharraf gave up power under international pressure and Zardari took over, murder of Mrs Benazir Bhutto developed cracks within the ranks of JIB which in turn resulted in weakening of control which allowed Asif Ali Zardari initial two years to consolidate power. Power hungry generals could not remain without power for long and MI was activated to disrupt the political setup which in-turn activated the judiciary which resulted in total chaos and eventually weakening of Asif Ali Zardari’s control over power.

When USA took out Osama Bin Laden this provided the opportunity for deep state to consolidate absolute power and Zardari was rendered powerless. Nawaz Sharif was not the first choice of JIB as replacement of Zardari, but due to lack of alternatives at time and the anti-establishment stand taken by Imran khan during 2013 elections allowing Nawaz Sharif to come to power was a compromise, which was resulted in power struggle from day-1 of the new government.

Nawaz sharif resisted the control and oversight of JIB and struggle continued for over one year, when Imran khan decided to join the deep state, after Imran Khan’s initiation, attempt to overthrow the elected government through a non-military coup started, but Nawaz Sharif proved a hard nut to crack in his latest avtaar and continued to fight back.

We can find the traces of the struggle in dawn leak case when all attempt to overthrow Nawaz Sharif through political unrest failed, the JIB instructed Military intelligence (MI) and the Political Internal Division (PID) of ISI to activate judiciary and media to overthrow the government through a non-military coup.

It is important to understand that MI has direct control over judiciary and PID controls the media for opinion building. Both these department works under supervision of their respective chiefs. Control of MI over judiciary can be understood with an example. In 2010, Asif Ali Zardari rejected the elevation of Saqib Nisar, Supreme court judge as president of Pakistan. This rejection triggered the then Chief Justice Iftikhar Muhammad Chaudhry to override the President’s decision. He appointed Saqib Nisar as Supreme court judge on behest of MI. This case started the chain event which led to suspension of government and multiple prime ministers came and went during that period. The struggle continued till retirement of Saqib Nisar who ensured absolute control of JIB over Pakistan. Appointment of Imran khan as face is a non-event as far as power struggle between civilian leadership and deep state is concerned.

The deep state is not concerned about power to control the state of Pakistan, but is more concerned to protect its huge investments in almost all available business verticals in Pakistan.

JIB operates Fauji foundation, which is the largest business conglomerates in Pakistan having 18 industries with strategically diversified investment portfolio. These investments are spread over sectors shown below.

However, these are the faces of Deep state of Pakistan and for any meaning full dialog with state of Pakistan. Gentlemen in figure above should be contacted. As long as this business entity exists in Pakistan, Pakistan can never function as a normal state as running of such a huge business conglomerates in a country like Pakistan is not possible without having absolute control over power.

Hence for democratic setup to function normally in Pakistan, world must ensure Fauji foundation is eliminated or taken under civilian control. Only after that will there be an end to terrorism sponsored by Pakistan in Afghanistan, India and elsewhere in the world in general.