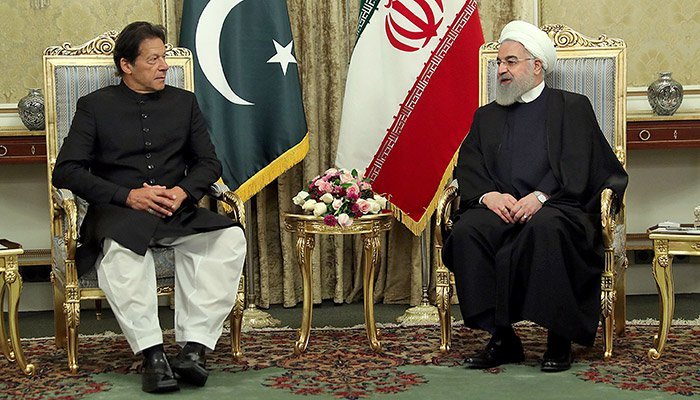 Pakistan may face an arbitration in $7 billion, stalled Iran Pakistan Gas Pipeline Project. Pakistan recently lost two arbitration cases. Sword of another Arbitration case hangs over Pakistan’s neck. As per the reports, Pakistan has hired a French law firm Gide Loyrette Nouel to look at options to see if the project can be completed without attracting US sanctions and to explore ways of avoiding being hit with a multi-billion-dollar bill for failure to complete its side of a gas pipeline project with sanctions-hit Iran. It is learnt that Pakistan may have to pay a million dollars fees for this consultancy to the French Law firm.

We recently published 2 news articles regarding the two arbitration cases that Pakistan recently lost. First was Pakistan Lost Appeal Against Broadsheet. Ordered $33 Million As Penalty and the other one was Pakistan Lost Arbitration Proceedings. Slapped With A Penalty Of $6 Billion In Reko Diq Case.

Under the agreement signed by Pakistan with Iran in 2009, the project was to be implemented under segmented approach meaning by that Iran had to lay down the pipeline on its side and Pakistan had to build the pipeline in its territory.

Initially the pipeline was to be extended to India. Pakistan could earn the transit fees for gas transferred to India. However, India walked out of the deal because of hostilities with Pakistan. India knew that Pakistan could use the Gas pipeline as a tool to blackmail India with threats to stop the gas supply, on different issues of concern for India.

The formal gas pipeline agreement was signed by the government of Pakistan with Iranian government in March 2010 in Ankara. Under an agreement signed between the two countries, Iran had to deliver 21.5 million cubic meters (760,000 million cubic feet) of gas per day to Pakistan.

In 2011 Iran announced that it has completed the construction work inside the Iranian territorial limits and it is now Pakistan’s responsibility to start construction of the gas pipeline inside its territory. Iran even offered for funding of the construction work. Towards the end of his tenure, President Asif Ali Zardari visited Iran in March 2013 and performed the groundbreaking ceremony of the Pakistan’s section of gas pipeline jointly with his Iranian counterpart President Mahmoud Ahmadinejad in Chah Bahar near the border.

Public sentiments in Pakistan were against the US. People wanted Pakistan government to defy the US sanctions and deal with Iranian government. There were reports of Pakistanis burning the US Flag during that period. Pakistan’s national newspapers during that period, published stories of not bowing to the US pressure.

’The agreement was signed in 2009 for 25 years, but since Pakistan did not start the construction of the gas pipeline on Pakistan side.

Under the penalty clause it was agreed by both sides that if Pakistan fails to have intake of Iranian gas from January 1, 2015, it will have to pay $1 million per day as penalty.

Iran has complained repeatedly that Pakistan should have paid $200 million per month for its failure in taking delivery of natural gas from Iran.

Pakistan, that is already on the verge of Bankruptcy is pleading the US sanctions as an excuse to get off the multi-billion-dollar penalty. This sparked angry reaction from Iran by announcing to take the matter to International Arbitration Court. The real reason was Pakistan never intended to honor the agreement. Pakistan never ever tried discussing the waiver of sanctions for Iran-Pakistan gas pipeline with the US Government.

Iran was under UN sanctions for its Nuclear Program an support for Terrorists. In October 2016 UN-EU sanctions on Iran were lifted but PML-N government in Pakistan still did not start construction work. The US re-imposed economic sanctions on Iran in August 2018. Pakistan again gave an excuse of US Sanctions for not starting the construction of gas pipeline. Pakistan could not explain why they did not even begin the construction of gas pipeline between October 2016 and August 2018, when there were no sanctions against Iran.

In February 2019, Tehran formally gave notice to Islamabad, for moving the arbitration court for not laying down the pipeline in Pakistan’s territory in stipulated time under the IP gas line project and threatened to invoke the penalty clause of Gas Sales Purchase Agreement (GSPA).

Both the countries during the two-day visit of Prime Minister Imran Khan to Iran on April 21-22 discussed the issues related to IP gas line particularly the scenario after the formal notice to Pakistan from Iran. Imran Khan gave false promises of restarting the construction soon.

As per sources, that during the visit of Prime Minister Imran Khan to Iran, the top Iranian leadership took up the issue of IP gas line and told Pakistan leadership it will take back the notice only if the government of Pakistan extends the construction period of pipeline of 781 kilometres from Iranian border to Nawabshah under signed GSPA.

But due to already mounting debt and bankruptcy and lack of funds and pressure from Pakistan Army, Imran Khan decided not to honor the bilateral gas pipleline agreement.

In May 2019, Pakistan informed Iran of its inability to abide by the agreement to build a gas pipeline planned to carry Iran’s natural gas to Pakistan, as long as Tehran remains under the U.S. sanctions regime.

Managing Director of Pakistan’s Inter State Gas, Mobin Saulat, as per a report said that “it is impossible to execute the IP (Iran-Pakistan) gas pipeline project because of U.S. sanctions on Iran and we have conveyed it to them (Iran) in writing recently.”

Pakistani Prime Minister Imran Khan told EU in his letter “Pakistan is committed to executing the project, but only if international sanctions on Iran are lifted.”

Construction work on the Pakistani part of the pipeline was inaugurated in March 2013 and was planned to be completed within 22 months. But the work could not get underway after six years.

Also, most 9-10 years have elapsed since the signing of the agreement and the construction period for pipeline in Pakistan territory which comprises three years has been wasted.

Before the formal notice

Before the formal notice from Iran in February 2019, Pakistan’s legal firm had sent about 15 legal questions to the legal team in Iran. Questionaaire asked questions like “in the presence of renewed US sanctions against Iran on its nuclear programme, how it is possible to materialize the gas transactions?”

Iran was of the view that there are no sanctions on gas transactions, as it is exporting gas to some EU countries and importing gas from Turkmenistan.

However, Pakistan legal firm had asked for mechanism under which EU and Turkmenistan are carrying on the gas transactions.

However, instead of reply on the legal questionnaire, Iran in February 2019 sent a formal notice to Pakistan, saying it is going to move arbitration court.

Pakistan did the lip service and sweet talks. Pakistan tried its best to give lame excuses that it tried arranging funds required to lay down the pipeline in its territories, but in the presence of the US sanctions it failed to get financing from any international agency.

Under existing GSPA, Pakistan is bound to pay $1 million per day to Iran from January 1, 2015 under the penalty clause.

The penalty clause of the agreement is due to expire in December this year, hence why Iran was threatening Pakistan to move the international court before its expiry.

As per a senior Ministry official, “We may agree to extend the addendum (pertaining to the penalty clause) for a period of another five years to allay concerns of Iran, but only if advised so by the legal firm,”

In-case Iran files an arbitration proceeding, Pakistan will have to pay billions of dollars as penalty.

As per report published in Arab News, this week Pakistan hired a French law firm, Gide Loyrette Nouel to look at options to deal with an Iranian threat to bring international court action against Islamabad over missed construction deadlines and see if the project can be completed without attracting US sanctions and to explore ways of avoiding being hit with a multi-billion-dollar bill for failure to complete its side of a gas pipeline project with sanctions-hit Iran. Pakistan will have to pay the legal fees of the French Law firm that runs in Millions of dollars.

As per the legal experts, Pakistan will lose this Arbitration case, if Iran starts an Arbitration proceeding. As per the them, even if US lifts the sanctions, Pakistan is bankrupt and has no money to construct the gas pipeline. It is using US Sanctions as an excuse to rescind the agreement. Even if there is a regime change in Iran in next few years, Pakistan will still have to abide by the agreement with the sovereign government of Iran and need to pay billions of dollars in Penalty.