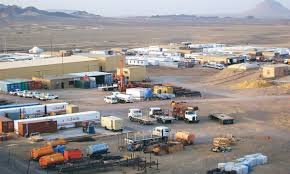 On Friday, 12th July, Pakistan lost Reko Diq Arbitration case. In an Arbitration proceeding between Tethyan Copper Company Pty Limited (Nationality Australian), the Claimant and Islamic Republic of Pakistan (Pakistan), The International Center for Settlement of Investment Disputes (ICSID), an international arbitration institution established in 1966 for legal dispute resolution and conciliation between international investors, has announced a massive $5.976 billion (Rs944.21 billion) award against Pakistan in the Reko Diq case, which is one of biggest in ICSID history.

The international tribunal on Friday issued a 700-page ruling against Pakistan in the Reko Diq case. ICSID awarded a $4.08 billion penalty and $1.87 billion in interest.

Facts of the Case: –

Tethyan Copper Company (TCC) is a fully owned joint venture company of Barrick Gold of Canada and Antofagasta Minerals of Chile; both gold and copper mining leaders globally. Tethyan Copper Company (TCC), evaluated the development of a world-class copper-gold mine at Reko Diq, District Chagai of Balochistan. It completed an extensive and detailed bankable feasibility study established the basis for mine development at Reko Diq during August 2010 and submitted a mining lease application in February 2011. Feasibility study also included the Environmental Social impact assessment (ESIA) report.

The Company has invested over US$220 million (excluding acquisition costs) into the project since 2006 on exploration and preparation of a bankable Feasibility Study. The complainant’s contract was terminated by the Government of Balochistan. Government of Balochistan had turned down a leasing request from the company. Supreme Court of Pakistan headed by Former chief justice of Pakistan, Iftikhar Muhammad Chaudhry gave a verdict in the Reko Diq case and terminated the contract between Tethyan Copper Company (TCC)  and Government of Pakistan. Tethyan Copper Company (TCC)  had claimed $11.43 billion in damages.

On January 12, 2012, Tethyan Copper Company (TCC) filed claims for international arbitration before the ICSID of the World Bank after the Balochistan government turned down a leasing request from the company.

The Arbitration Tribunal was constituted on July 12, 2012 to arbitrate between the parties.

Tribunal constituted of Klaus SACHS (German) who was Appointed as the President of the Arbitration Tribunal by both the Parties. Tribunal members included Stanimir A. ALEXANDROV (Bulgarian) – Appointed by the Claimant(s) TCC and Leonard HOFFMANN (British) – Appointed by the Respondent(s) Pakistan.

After the case was filed, Pakistan lost its first jurisdictional challenge, when the international tribunal said that it has the jurisdiction to adjudicate the Reko Diq matter. After that, the tribunal declared that there was no wrongdoing in the agreement. After 7 long years of Arbitration proceedings, eventually, the tribunal held that Pakistan is liable to pay the damages.

Pakistan lost Reko Diq case. The International Center for Settlement of Investment Disputes (ICSID) in its order on 12th July, 2019 announced a massive $5.976 billion (Rs944.21 billion) award against Pakistan in the Reko Diq case, which is one of biggest in ICSID history.

The International Tribunal on Friday issued a 700-page ruling against Pakistan in the Reko Diq case. This Judgment on Friday decided the quantum of final Penalty that Pakistan is liable to pay to TCC. In the judgement in which Pakistan Lost Reko Diq case, ICSID awarded a $4.08 billion penalty and $1.87 billion in interest

Pakistan on the verge of Bankruptcy and Failure

Pakistan is already on the verge of Bankruptcy and had taken a Bailout package of $6 Billion from IMF. It is learnt from the sources that as soon as the news of loss at the arbitration proceedings reached Islamabad, there began a blame game. Politicians started blaming each other for the failed state of affairs in Pakistan. This Judgement dealt a death blow to the idea of bailout of Pakistan Economy from Bankruptcy.

However, if Pakistan loses the revision petition (which it certainly will as per sources), the Amount of Penalty may be enhanced to include the interest payments on massive Penalty amount of $6 Billion plus the costs of litigation and any other awards as the Tribunal may deem fit. be granted to the complainant.

Sources revealed that Government of Pakistan has already imposed high taxes on tax payers. Only 1% of people in Pakistan pay taxes. Increase in revenue collection targets and high tax rates has already broken their backbone. People say that if the government has to provision for this huge amount to be paid, they need to borrow from China and part away with several strategic assets to China.

Big question remains, how Pakistan which has already taken $6 Billion Bailout Loan package from IMF will pay another $6 Billion plus interests and costs in next 2 years. Pakistan which is a terror hub and Pakistan Army and Pakistan Intelligence Agency ISI giving refuge to all the Most Wanted terrorists of the world, No country is ready to invest in Pakistan and risk their lives. Moreover, International community considers any investment in a FATF Grey Listed Pakistan as a dead investment.

It should also be noted that this is the second case Pakistan lost this week. Pakistan lost another Appeal against Broadsheet and was ordered by London High Court to pay $33 Million plus costs within 15 days, failing to pay could result in enforcement actions likely to include seizure of Pakistan’s state assets abroad. Read more at Pakistan Lost Appeal Against Broadsheet. Ordered $33 Million As Penalty