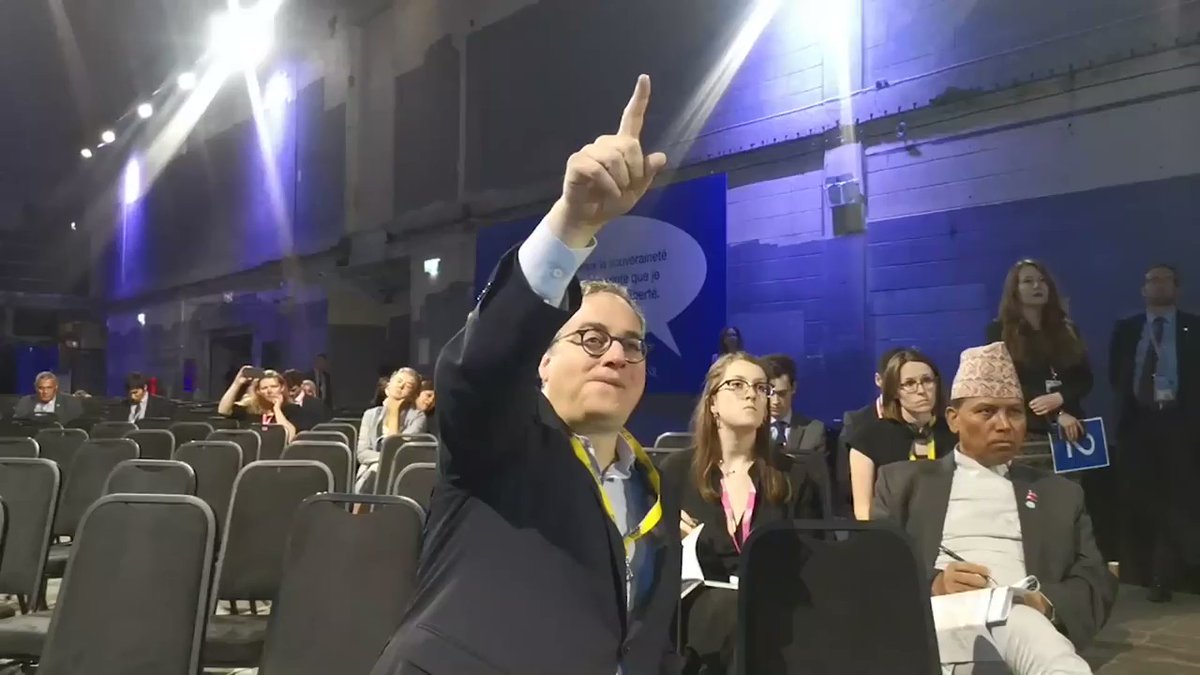 World leaders, Journalists and others gathered in London for a 2-day “Defend Media Freedom” conference to agree on ways to defend media freedom. Conference was organized by United Kingdom and co-host, the Government of Canada.

However, the biggest embarrassment of the conference was the invitation to the Pakistan’s Foreign Minister who was invited on the panel. It was an Irony that this Journalist’s body that organized this conference considered Pakistan Foreign Minister as a panelist suitable for the “Defend Media Freedom” conference. It is the same Pakistan where journalists are disappeared and openly killed for reporting anything against Pakistan Army or its Intelligence agency ISI.

Qureshi’s presence at the conference was not popular, as illustrated by the rows of empty seats because of people boycotting his appearance.

There is great resentment among social activists, journalists and Twitter users on Pakistan Government complaining to Twitter and getting tweets of Twitter users deleted on the pretext of allegedly violating Pakistan Law. We covered it extensively on our previous article on this subject “Anger against Pakistan Govt sending Legal Notice to Twitter users beyond its territorial jurisdiction.”

“You censored me Sir. I have a twitter account in Canada. Because I wrote something that violated some Pakistani blasphemy law, you complained to Twitter, which took down my tweet in Canada. So, can you explain why your Islamic supremacy in Pakistan, is silencing my personal and journalistic freedom in Canada? I know it happened in United States too.”

“You should be embarrassed to invite a censor like this,” Ezra Levant told the panel, asked Pakistan Foreign Minister, “Who the hell are you to censor me in Canada? Answer”

Qureshi then proceeded to blather on claiming he was “being respectful” to Levant while completely failing to answer the question.

Qureshi openly lied and didn’t admit to the censorship by Pakistan Government.

“You censorious thug!” asserted Levant while pointing at Qureshi.

Suppression of Free speech and Media Gag in Pakistan

Calling Pakistan Foreign Minister to a conference was a biggest blunder by the organizers overlooking the suppression of Media. Pakistan follows the policy of “shoot the messenger”. 61 journalists have been killed in Pakistan between 1992 and 2019. Their crime, they wrote against the Pakistan Government or Pakistan Army or Pakistan Intelligence Agency ISI.

Recently on 9th July, A journalist, Mureed Abbas working with a Pakistan News channel “Bol TV” was killed outside a local café in Khayaban-e-Bukhari area of Karachi.

As per the Social Media users, it was very unfortunate and shameful for the meeting organizers to invite Pakistan during the “Defend Media Freedom” conference in London.