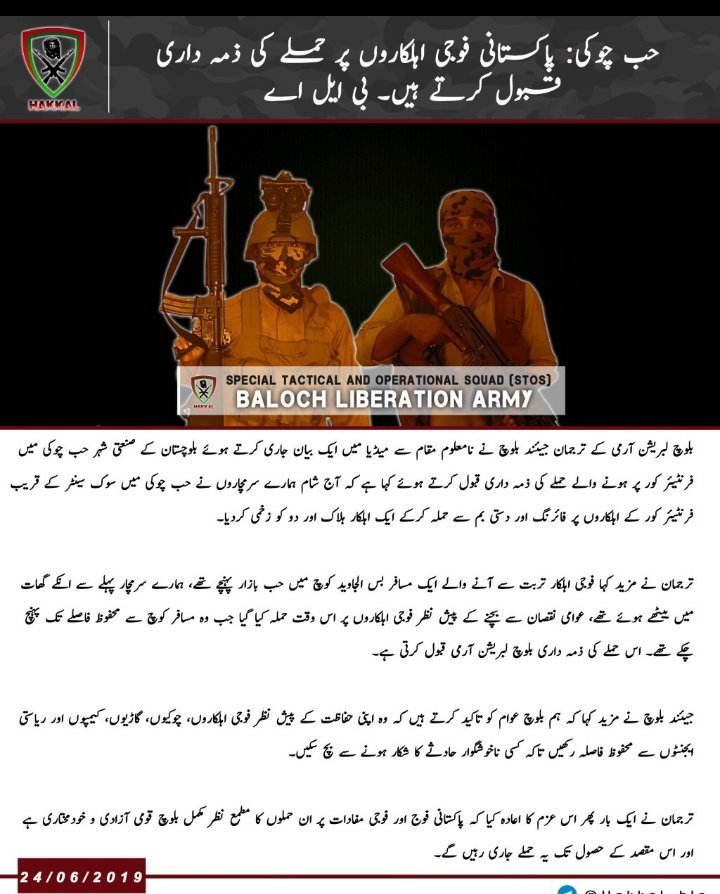 Balochistan Freedom Fighters killed a Pakistan Army officer in a sniper attack. Spokesman for the Baloch Liberation Army, Jind Baloch, claimed responsibility for the attack on Pakistani forces in Bolan area of ​​Baluchistan area of ​​Balochistan, and said that our invaders have been killed in Frontier’s position in Margat area of ​​Bolan. Sniper attacked a check post in the house.

The spokesman of Balochistan Freedom Fighters said that an army officer in the checkpoint in the Sunder attack was killed on the spot.

Earlier on 24-June 2019, 2 Pakistan Army soldiers were killed and 5 injured in an ID blast by Balochistan Freedom Fighers. We covered it in our article IED Explosion In Panjgur, Balochistan. Hit An Army Convoy

Jind Baloch further added that our Freedom Struggle will continue till the establishment of Independence and Free Society.