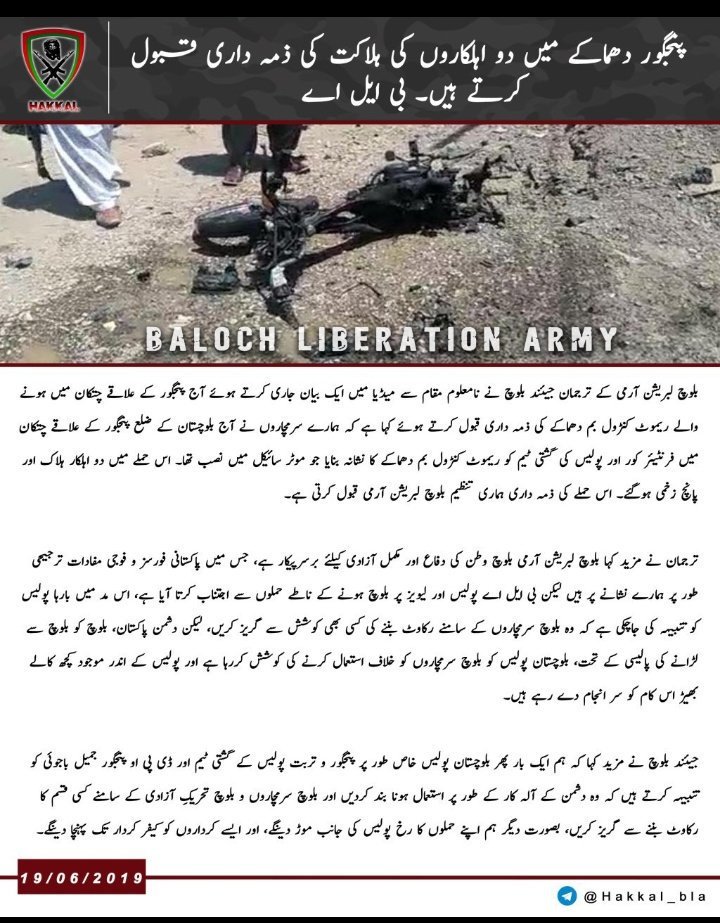 Pakistani military and local police in Panjgur have suffered massive losses after an improvised explosive device exploded in Panjgur on Wednesday 19th June.

According to details received by The Balochistan Post, a convoy of Pakistani military and police was targeted by unknown persons in Chitkan, Panjgur on Wednesday 19th June.

Local sources have reported that Pakistani forces suffered terrible losses and multiple personnel were injured in the attack, few critically.

According to latest reports, Baloch Liberation Army that is doing a freedom struggle to get freedom from Terrorist Nation Pakistan, has claimed responsibility of the attack.

In a statement sent to media, BLA’s spokesperson Jiyand Baloch has said that fighters from BLA targeted a military convoy killing two personnel and injuring five.

Jiyand Baloch said that their organisation is striving for the Independence of Balochistan from Terrorist Nation Pakistan and such attacks will continue in future.