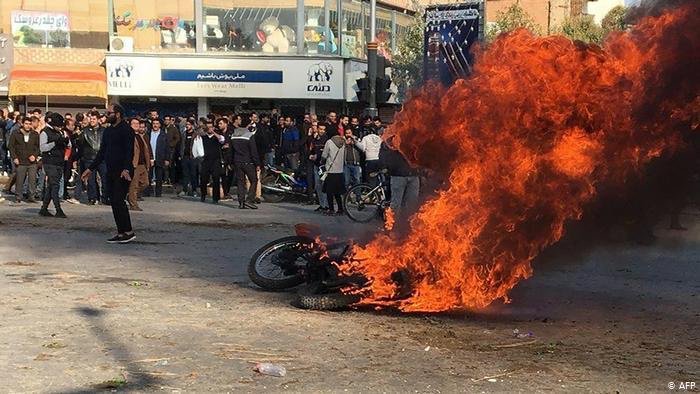 Protests due to Gasoline Price Rise in Iran has claimed 63 lives. Protests are ongoing in 93 cities. 101 regime-sites are destroyed in Iran. Dozens of banks, government owned buildings & vehicles were burned by the people during Gasoline Price Rise Protests in Iran. Major unrest was seen in Tehran and Qom. Internet has been blocked in major portions of Iran.