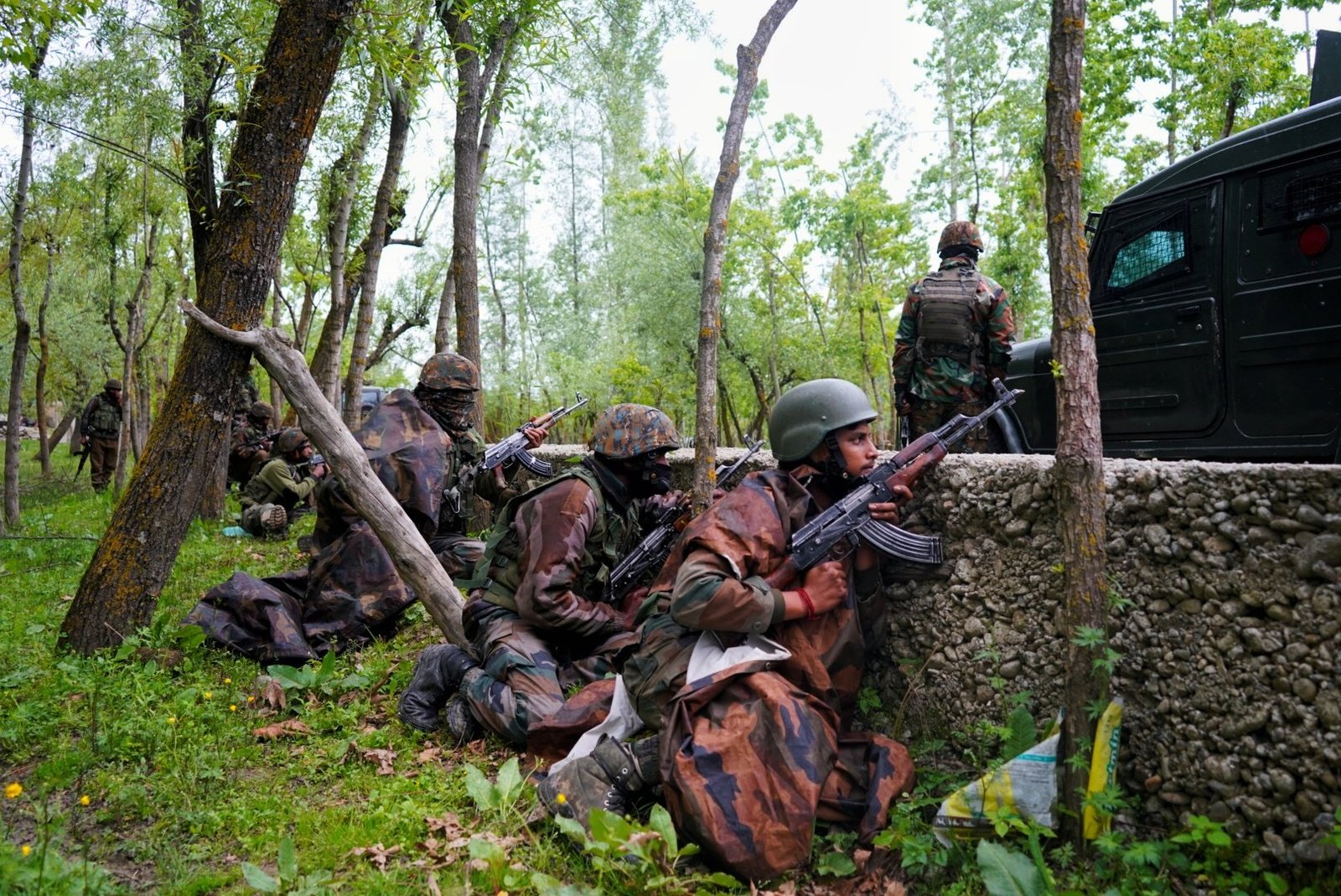 India Battles with Terrorists and terrorism exported by FATF Grey Listed Terrorist nation Pakistan at the time when the whole world is battling with Chinese Wuhan Corona Virus Pandemic.

In our previous article POK & Gilgit-Baltistan Deserve Something Far Better Than Pakistan we had covered in details how Pakistan Army is infiltrating Terrorists and Chinese Virus infected persons in India across the Line of Control and providing the cover fire by committing ceasefire violations to faciliate the infiltration.

Reports reaching said that an encounter broke out around 3:45 pm on Saturday 2-May-2020, when the search team of Indian Army’s 15 RR (Rashtriya Rifles), 21 RR and elite 9 Para commandos joined by SOG and Central Reserve Police Force (CRPF) personnel zeroed in a residential house in Chanjimulla where the Islamist Radical Terrorists had taken shelter while escaping from the Rajwar forest on Friday afternoon.

As per the sources, “The Islamist Radical Terrorists fired upon the search team to escape from the spot. However, the security forces retaliated the fire and thwarted their attempt.”

They said that the exchange of fire continued for several hours before the guns fell silent.

Sources said that a joint team of army and police, including two senior army officers, approached the house to further tighten the grip around the militants. However, after that the ambush team has lost contact with their colleagues, sources said.

Update: Two Indian Army Officers, Two Army Soldiers and a Jammu & Kashmir Sub Inspector of Police were martyred in the encounter with the Radical Islamist Terrorist.

It is already highlighted that the two terrorists who infiltrated from Pakistan are Pakistai Citizens. One of them is understood to be a top Lashkar-e-Taiba ( a terrorist group headquartered at Lahore, Pakistan) commander. They were shot while fleeing the encounter spot.

As a further reminder, we want to highlight that there is going to be retribution for this and it’s going to be counterproductive if the retribution as a consequence of this attack is projected as Islamophobia before the wider world.

A question to Pakistan and their overground supporters: If India retaliates for this attack against the Islamist Radical Terrorists, will you call it Islamophobia?