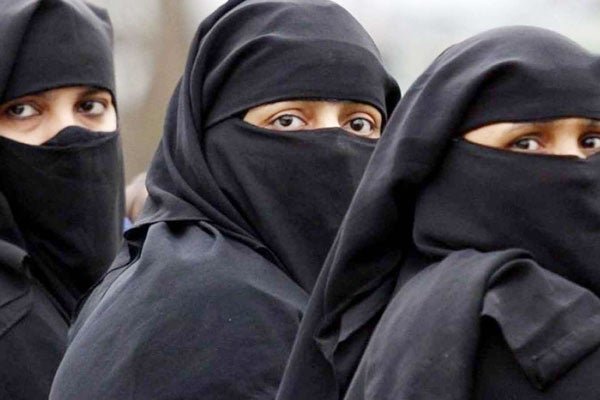 Women “Rites” written By Waseem Altaf, a Pakistani Human Rights defender. This article is adapted from Mr. Altaf’s post on Facebook. This article brings forth the discrimination against Women in Islam. We are reproducing the article without any edits for our readers.

On October 19, 2010, seventy five women on an “Islamic” airliner (Gulf Air) traveling to perform Hajj were off boarded at Quaid-e-Azam International Airport Karachi, as they were not having a “mehram” or a male companion. Well, every woman needs a companion while going for Hajj! An educated, healthy and mature lady is required to have a “mehram” even if he is frail, uneducated, maybe mentally retarded as there should be somebody to guard her as she is highly susceptible to molestation. And if not, she has the potential to seduce other males, especially during Hajj when the gathering is mix and opportunities in abundance. Hence, it is all the more important for her and others that she remains in the company of a male companion. Even if she is 80 years of age, she is highly vulnerable to molestation and seduction. Therefore, every woman who exits her house should have a male accompanying her.

Since women are also less brainy and forgetful, it is important that one male witness should equal two female witnesses before a Qazi in a court, so that if one forgets, the other corroborates her. Two Harvard educated females’ testimony is thus equal to the same of an illiterate male.

Well, some say that this condition of 2 to 1 applies only in financial matters. Yes, maybe it is true, as women do not know arithmetic. To be more precise: accounting. How it is possible that someone made for love and romance can understand those diabolical debit/credit entries. So let that be the domain of the masculine.

Females have also been referred to as “ploughing fields” (khaitian) so they stand at your disposal. Without any fear of marital rape (what an obnoxious concept invented by the West), you do not even have to ask them. They are your property. Well if you get bored by one you can have another and another and yet another. And if you fancy some additional entertainment, you can have concubines or “laundis”. And the saving grace is that having fun with a “laundi” is not even considered “zina”, it is all sanctified. You can have several, can even share them with your friends, and can even rotate them to have some variety. However, woe unto a woman if she even has a single love affair with another man; nothing less than death by stoning is her “just” punishment!

On October 18, 2010, the Supreme Court of United Arab Emirates ruled that a man has the right to punish his wife under Islamic law to discipline her. That includes beating her, after he has tried other options, such as admonition and then abstaining from sleeping with her. So beating is allowed but it should leave no scars. Well there can be difference of opinion among various “makatib-e-fikr”. For example the scar should not be black, if it is red its fine. Another school might believe that the size of the scar should not be bigger than the size of the male fist. Well it can be below the neck and above the navel, some would believe. Another school of Islamic thought would consider beating above the navel “haram” but below it as “halal”. Another one might consider beating the frontal area of a women’s body as “halal” and the rear area as “makrooh” but not “haram”.

“Ulema- e- deen” differ on what area of her body should be visible to a “namehram”. Does she have to conceal all her body except the eyes or even the eyes should be invisible to her male counterpart? Does she have to cover the head and not the face? Should she cover both the face and the head .What about covering the area below the neck and the hips? How should she behave on her wedding night being a true Muslim and an obedient wife .Well many of the details are given in “Behashti zever” and “Maut ka manzar” by Khawaja Mohammad Islam, the rest are available in “Suhaag ki pehli raat” while Premshastra and Kamshastra are completely un-Islamic.

Women also enjoy the right to knowledge but religious knowledge in the first place. What would she do with the worldly knowledge, as her main base is her home?

A woman cannot divorce her husband even if he does every wrong to her, yet he can divorce her anytime, especially if she gets old and loses the bloom of youth. A divorcee is also not entitled to any maintenance by her ex-husband under the “sharia” as we see in the famous Shah Bano case wherein even utterly destitute Muslim divorcees are denied the right to alimony from their former husbands. Under extremely unbearable circumstances, the wife can seek “khula” and after years of litigation can get divorce but then would lose her right to “haqmehr”. And her share in inheritance is generally half that of her male counterpart, perhaps the male is more deserving?

And if, in a fit of rage the husband divorces her (triple talaq or single, whichever is convenient), she is rendered “haram” for the ex-husband. And if both want reconciliation and remarriage, even in that case she has to suffer “halala” where she would get married to another man who would consummate marriage and then divorce her at his pleasure and only then she would be available for remarriage with the ex-husband. Meanwhile the previous husband is free to have fun with his concubines until the time she is back in his wedlock or even afterwards.

Males play a very important role in the household affairs and generally are the main breadwinners. Therefore, they should inherit the major share in property, as a woman has already received dower from her husband and has no responsibility to maintain anybody. Well if she has to take care of young children in case she is widowed, they can be conveniently sent to an orphanage. Women should get one-half of the share vis-à-vis their male counterparts as males are more powerful and the powerful should have the major share.

Hence, we are being bombarded in the 21st century with this stuff. And not in Taliban religious schools but in gatherings of an elite middle class in posh areas of Gulburg, F-8, Defense, purification centers of Al-Huda and Dar-e-Arqam .On TV talk shows and Aalims Online Inc. Zaid Hamid & Co, M/s Farhat Hashmi & Amera Ehsan, books and brochures, CDs and DVD’s. To our total disadvantage, the “maulvi” has entered not only into our TV lounge, but also in our bedrooms.

There are eight Islamic countries in the world, which have adopted Islam as an ideological foundation for their state institutions. Let us see the status of women in these countries.

On May 22, 2011 Manal al-Sharif, a Saudi woman with an international driving license was arrested for driving a car as official “fatwas” issued by government clerics debar women from driving.

In August 2008, the “Global Campaign to Stop Killing and Stoning Women” announced that there were at least eight women sentenced to die in Iran by stoning for convictions of prostitution and adultery.

During the Taliban’s rule (1996-2001), women in Afghanistan were essentially put under house arrest and women who once held respectable positions were forced to wander the streets in their “burqas” selling everything they owned and begging in order to survive. Presently it is common among low-income families in most areas of the country for the groom to pay a bride price to the bride’s family. The price is negotiated among the heads of the family; the bride herself is not included in the negotiation process.

Every year, numerous women in Pakistan are subjected to domestic violence, marriage with the Quran, child marriage to settle blood feuds, acid throwing, and honor killing.

Yemen has one of the worst records of child marriage in the world, with UNICEF recording in 2005 that 48.4% of Yemeni women currently aged 20–24 had been married before they were 18 and 14% before the age of 15.
In Oman and Bahrain women rights are severely restricted in regard to inheritance, marriage, divorce, and child custody and according to the most recent internationally sponsored study (2001), in Mauritania three-fourths of all women between the ages of 15 and 49 had been subjected to Female Genital Mutilation (FGM).

Can we not do away with all these crimes, cruelties and nonsense and let conventional human wisdom prevail, which is the cornerstone of human culture and civilization? And how precisely this wisdom reflects in articles 1 & 2 of Universal Declaration of Human Rights:
Article 1.
• All human beings are born free and equal in dignity and rights. They are endowed with reason and conscience and should act towards one another in a spirit of goodwill.
Article 2.
• Everyone is entitled to all the rights and freedoms set forth in this Declaration, without distinction of any kind, such as race, color, sex, language, religion, political or other opinion, national or social origin, property, birth or other status. Furthermore, no distinction shall be made based on the political, jurisdictional or international status of the country or territory to which a person belongs, whether it is independent, trust, non-self-governing or under any other limitation of sovereignty.