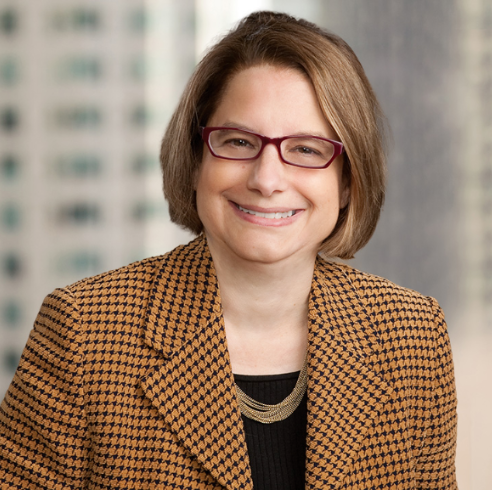 Her husband, Robert, is Inspector General for the NSA. He is a lawyer for the Justice Department.

The FBI installed a surveillance server in Kyiv, Ukraine.

In U.S. Embassy offices there.

Shared with the FBI.

The joint crime unit is called NABU or National Anti-Corruption Bureau of Ukraine.

From the same press release, here are pictures of the FBI server and other computer hardware in Ukraine:

Mr. and Mrs. Robert Storch are partners in the coup to impeach President Donald J. Trump using Ukraine and the:

NABU is a partnership between the FBI and Ukrainian prosecutors.

Or cover it up?

Mrs. Robert Storch is standing, third person from the far right, without her glasses. The latest Sara Lord recruiting class of 39 Ukrainian law students used to spy on Trump supporters from Ukraine. Students were called “NABU Detectives”. They all are fluent in English.

They are attending a meeting of the State Audit Service with top officials from Ukraine.

The same Bill Taylor and George Kent who testified against President Donald J. Trump at the House Impeachment Hearings.

Taylor is U.S. Ambassador to Ukraine.

Kent is Assistant Secretary of State.

Kent’s office is with Taylor and the FBI in Kyiv.

Robert Storch failed to fully disclose his involvement in Ukraine with NABU and Ambassador to Ukraine, Bill Taylor, dating back to Dec. 2007.

All three of them:

His sworn testimony to the Senate and House was necessary for his appointment as Inspector General to the NSA.

Storch failed to disclose in written testimony on July 5th, 2017 to the Senate that:

Destroying evidence so that no one would know that the FBI was conducting surveillance on the President from Ukraine?

These disclosures, however, were made on live television in Ukraine on May 25th, 2017.

The video of Storch’s interview with the Ukrainian Parliament on May 25th, 2017 is below:

Storch omitted this Ukraine video from his testimony to the Senate on July 5th, 2017.

Storch replaced Henry Ellard as Inspector General for the NSA on Dec. 22nd, 2017.

Storch never disclosed his role in setting up the NABU/FBI crime task force to President Donald J. Trump either.

Or that the task force was conducting illegal surveillance from Ukraine on:

In Storch’s defense, the Senate never asked to hear it.

Or read the transcript.

Who was supposed to disclose it to the President?

Who did Robert’s background check?

“Robert Storch . . . was recommended by the US Embassy in Kyiv.”

At the same time the FBI was trying to get a warrant to spy on the Trump family and campaign team.

Surveillance without a warrant.

The FBI moved their surveillance collection point to a server in Kyiv, Ukraine on Feb. 3rd, 2016.

In offices of NABU.

From there, the data was sent back to the FBI in Washington, D.C.

Nellie Ohr. She was a contractor for the FBI and CIA.

She helped write the Russian dossier to take down Trump.

Her husband, Bruce, was once the fourth top ranking official in the Justice Department.

Nellie testified that the Russia dossier was delivered to her in the U.S. from the NABU unit in Ukraine.

Bruce and Nellie Ohr (above)

Pictured in the above press release is Maria Yovanovitch (middle).

She was the former U.S. Ambassador to Ukraine.

She testified against President Trump in the House Impeachment events.