The Month of November will Be Remembered For The New Height Of Atrocities By Pakistan Army In Balochistan: Dil Murad Baloch 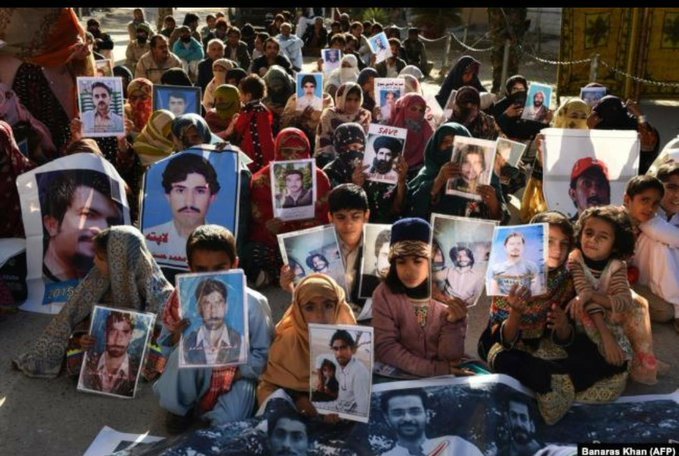 Prior to that we published the Human rights report for the month of August 2019 in our previous article Pakistani Army Continues Barbarism In Balochistan: Killing Baloch Point Blank

We mentioned that we will try to post the Human Right Abuse Report from Balochistan every month. Here is the Human Rights Report for the month of November 2019 for our readers.

We received the Monthly report for November 2019 about the Catastrophic Human Rights abuses by Pakistan Army in Balochistan. This report was published on Baloch National Movement (BNM) website on 15-December-2019. BNM is a Baloch nationalist political organization.

“Pakistan has been inciting Baloch nation to violence: an attempt to deviate them from the peaceful path of national struggle for freedom. But our national struggle will continue in line with the international laws and universal human values.”

The central spokesperson of Baloch National Movement has condemned the abduction of Baloch women and children by the Pakistani army. They were abducted from Hazarganji area of Quetta. In reaction to these forceful disappearances, the spokesman of Baloch National Movement lambasted, “Pakistan is a country that lacks human dignity and has morphed into a violent beast. International Laws assure the protection of the unarmed people, particularly women and children in war. But when it comes to Pakistan, all international laws and ethical values lose their meaning. The continuous incidents of targeting unarmed people, women, and children reflects the reality that the existence of Pakistan has become extremely dangerous to entire humanity; further, the existence of this state would not only put the Baloch nation into danger but also jeopardize the security of the entire humanity.

He added,” Such incidents are continuously taking place in the areas of Naseerabad, Mashkay, Awaran, Dasth and Jahoo. The abduction of women and framing false cases against them is equal to a collective humiliation of the Baloch nation. Pakistan has been inciting Baloch nation to violence: an attempt to deviate them from the peaceful path of national struggle for freedom,” But the Baloch National Movement Central spokesperson assured, “Our national struggle will continue in line with the international laws and universal human values, and will negate all such attempts of the state of Pakistan.”

He further added, “Our Baloch mothers are still in the custody of Pakistani security forces. As a result of its fallacious policies, Pakistan has suffered humiliation before the world by arresting innocent Baloch women in Awaran and chalking false cases against them. Due to this, Pakistan has become an unreliable country in the international arena and no state can expect any good from it.”

“If Pakistan kept committing such incident then it would face the rage of Baloch nation,” warned he.

The spokesperson of Baloch National Movement also reiterated, “Baloch National Movement has for several times made this clear that Pakistan has been engaged in an aggressive and horrible policy of collective punishment. Under this inhuman policy, Pakistan has been targeting the families of the political activists through illegal arrest, abduction and torture. But Pakistan should read the writings on wall that no nation can be subjugated through such heinous tactics.”

He further added, “The Baloch nation has been resisting and scarifying their lives for centuries to keep their land free from foreign invaders and defend their honor. Similarly, this chain of sacrifices would continue till national liberation.”

The spokesman of the Baloch National Movement cautioned, “The brutalities and atrocities of Pakistan in Balochistan has created a humanitarian crisis. The silence of the United Nations and World bodies has added to our national problems. Now, the time has arrived where the international community must act against these atrocities and brutalities of Pakistan in Balochistan.”

Abdulla Abbas Baluch with Twitter handle @AbdulahAbbass tweeted, “Enforced disappearance in Balochistan will not end until or unless perpetrators are not brought to justice. The politicians who are taking credits for the release of people should also take the responsibility when someone go missing. Salal Jamaldini is recent victim.”

Mama Qadeer Baloch who is a Human Rights Activist and, Vice President of NGO Voice of Baloch Missing Persons (VBMP) with his twitter hanle @QadeerMama tweeted, on 27-Nov 2019, “Standup for what u believe in even if u r standing alone. If u r neutral against injustice, u r equal partners with the oppressor’ . #VBMP protesting against #EnforcedDissappearances by Pakistan’s security agencies #ISI in #Balochistan -10 years & counting. #BalochMissingPersons”