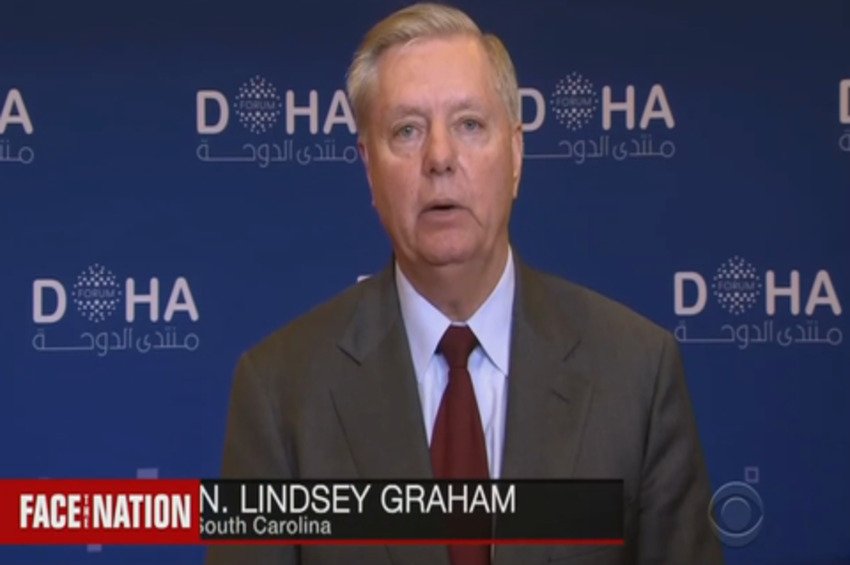 “I am ready to vote on the underlying articles. I don’t really need to hear a lot of witnesses.”

I want to make my decision based on the trial record established in the House as a basis for impeachment. That’s just me, one senator. But I think there’s a general desire by a lot of senators to not turn this thing into a circus.

I understand the president’s frustration by being shut out in the House, but I need to do what I think is best for the country.

Senator Lindsey Graham explained his objections to the House impeachment inquiry and why it’s so easy for him to go for acquittal before he hears the case:

This is the first impeachment trial being driven by partisan politicians, conducted behind closed doors. The testimony was selectively leaked. The president was denied the ability to participate meaningful in the House hearing.

And I want to end it. I have nothing but disdain for this. I’m trying to make myself clear. What you’re doing in the House is bad for the presidency. You’re impeaching the president of the United States in a matter of weeks, not months.

You had a two-year investigation. That wasn’t enough. I think this whole thing is a crock. You’re shutting the president out. The process in the House, any partisan group could do this in the future. You’re weaponizing impeachment. And I want to end it. I don’t want to legitimize it. I hate what they’re doing.

Senator Lindsey Graham also repeated his invitation for Rudy Giuliani, President Trump’s personal attorney, to come before the Senate Judiciary Committee to “tell us what you found” on Giuliani’s trip last week to Ukraine.

In a number of tweets on Sunday, Giuliani wrote:

“Budapest-Kiev-Vienna – After hundreds of hours & months of research, I have garnered witnesses & documents which reveal the truth behind this impeachment, which includes NO wrongdoing by @realDonaldTrump These threads only touch the surface. Read & watch all. More to come.”

“Evidence revealed that corruption in 2016 was so extensive it was POTUS’s DUTY to ask for US-Ukraine investigation. Impeachment is part of Dem cover-up. Extortion, bribery & money laundering goes beyond Biden’s. Also, DNC collusion w/ Ukraine to destroy candidate Trump.