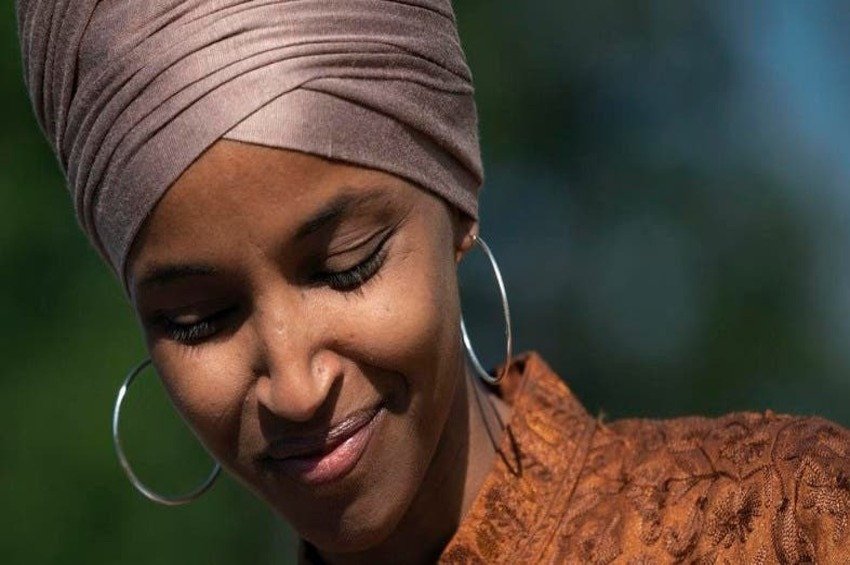 In explosive testimony made by video link from Toronto, Canada to a Florida District Court on October 23, Kuwaiti-born Alan Bender claims to have deep ties with governments and royal officials across the Middle East including Qatar. In his statement, he says he met Qatar’s Secretary to the Emir for Security Affairs Mohammad bin Ahmed bin Abdullah al-Masnad and two other senior Qatari officials.

The three allegedly claimed credit for the meteoric rise of Omar, saying: “If it wasn’t for our cash, Ilhan Omar would be just another black Somali refugee in America collecting welfare and serving tables on weekends,” according to Bender’s sworn deposition. The deposition was obtained by Al Arabiya English and authenticated by the attorney for the plaintiffs.

Bender was subpoenaed in a lawsuit against the Qatari emir’s brother, Sheikh Khalid bin Hamad al-Thani, who stands accused of ordering his American bodyguard to murder two people and holding his hired American paramedic prisoner. In his deposition, Bender testifies about his meetings with Al-Masnad and other Qatari officials in which they mentioned the Sheikh Khalid case, and discusses Qatar’s campaign to influence Western politicians.

In the testimony, Bender claims to have been asked to recruit American politicians and journalists to be Qatari assets. He says he objected and the Qatari officials responded by saying that several American politicians and journalists were already on the payroll—most prominently Omar, who was allegedly described as the “jewel of the crown”, according to the deposition.

The controversial congresswoman has already been found to have broken campaign finance rules. The Minnesota Campaign Finance Board ruled in June that Omar violated state campaign finance rules by improperly using campaign money for out-of-state travel while serving as a state representative. In addition, Conservative group Judicial Watch has called on the House Ethics Committee to investigate Omar for alleged offences including immigration fraud, the New York Post reported in July. Last week, the New York Post reported that Omar paid $150,000 to a political consulting group where Tim Mynett is a partner in the three months after the newspaper revealed that the pair were romantically involved.

Bender’s accusations go much further. According to his testimony, Al-Masnad said that Qatar “recruited Ilhan Omar from even way before she thought about becoming a government official.… They groomed her and arranged the foundation, the grounds, for her to get into politics way before she even showed interest. They convinced her.” For her part, Omar cooperated with the Qataris and received cash payments, he alleges in the deposition.

American and Turkish media previously reported that Omar met Turkish President Recep Tayyip Erdogan, a key supporter of the Muslim Brotherhood, when she was a junior state representative in Minnesota in 2017. According to Bender, Omar met Erdogan and allegedly swore allegiance to him.

Bender claims that once Omar took office, she used her position in the House of Representatives to access sensitive information which she relayed to Qatar, and through them to Iran.

According to Bender’s deposition, Omar’s role in the Qatari influence campaign is crucial. She actively recruited other politicians on behalf of Qatar, he said in the deposition. The Qataris claimed that “the best thing money can buy are American officials because they are the cheapest of the cheapest costing officials in the world,” according to his sworn testimony.