Communism – Revolution or a Threat? 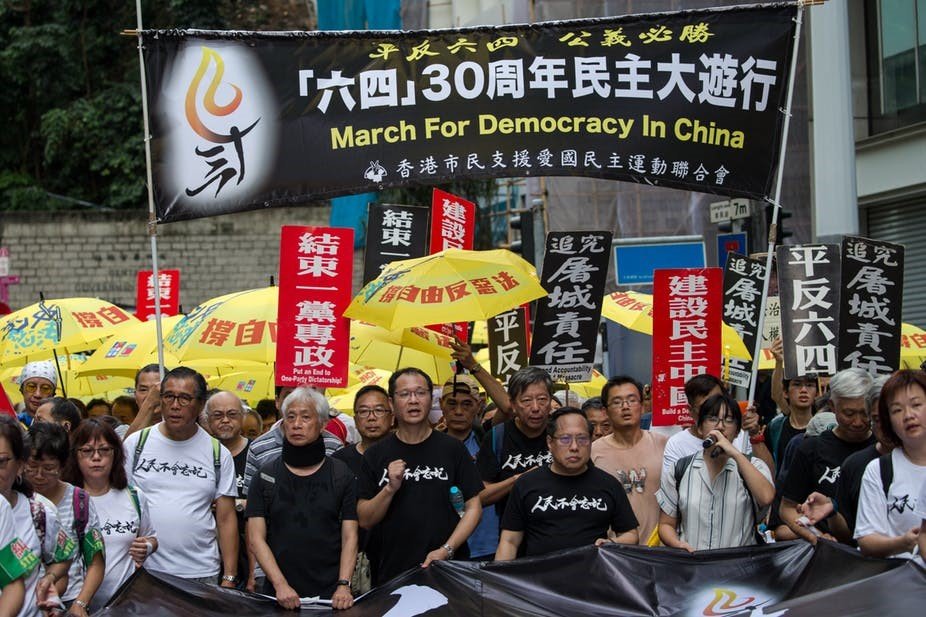 Is Communism a Revolution or a Threat? Lets explore this.

When we converse about this political term “communism”, we sometimes use to get confused with political dilemma of “liberty” in communism. Well to be clear, Communism and Liberalism are two different aspects. Communism is more like Dictatorship and Totalitarianism, while liberty means freedom of everything. Hence, Freedom in communism is a false theory.

Communism as threat on freedom

The gruesome stories of China and North Korea are enough for griming tears from our eyes. North Korea and China are all time accused of violence against humanity. Since the rise of communism in both countries have slumped most of fundamental rights of their citizens.

In North Korea, communism has been imposed even on infants. Citizens of North Korea are not allowed to choose the way for their own lifestyle. Even for a single haircut, they need to follow the fixed guidelines of their communist government. Going against the declared parameters can lend anyone in jail term. This absolute autocracy is crushing the personal rights of human beings in North Korea. Practicing any religion could take your life in this country.

China, an accused of executing a clear genocide of a Muslim Community, Known as “Uighur Muslims” to foist communism and prevent them from practicing Islam. China is recently accused by United Nations for killing thousands of its minorities but unfortunately, this is still ongoing. China has earlier wiped out Buddhist by attacking regions of Tibet to make that state a true communist. China is not only killing its own citizens for religion practice but allowing their brokers to exploit North Korean Refugees who are on asylum in China. There are many cases have been booked against Chinese brokers of raping North Korean women refugees.

The China-Pakistan Economic Corridor is a collection of various infrastructure project which is currently under working in different Pakistan Occupied  Lands. The CPEC network has been bulldozed in the area of Balochistan, Khyber Pakhtunkhwa, Sindh and Kashmir against the local people residing there.

China’s communist workers are exploiting rights of Balochs, Pashtun and Kashmiris by colonizing their areas, suppressing their voices and killing them in concentration camps. Pakistan’s Islamic extremist military and Taliban alliances are playing into the hands of China’s communist government. To pretense the current situation in Balochistan, Khyber and PoK,

China is even aiding Pakistan’s Army to proscribe and abduct people in all Pakistani Occupied lands. There are thousands of disappearance cases recorded alone in Balochistan. China’s communist ideology is helping Pakistan in ethnic cleansing of Balochs, Pashtuns, Sindhis, Mohajirs, Gurjars and Jats to put communism center with Punjabi Sunni Muslim alliance.

Christian extremism in North-east India:- The National Liberation Front of Tripura (NLFT) is a Christian militant organization which is banned in India but funded by Communists to provoke Hindu vs Christian riots and heading separatist movement in Tripura. United Liberation Front of Assam (ULFA) responsible for mass murders, abductions and war crime against Indians has followed paths of communism.

Genocide of Uyghur Muslims remained as a taint for world. Communist party in China waged war against Muslims and even banned practicing of Islam. This crime of savagery is still ongoing in East China.

Persecution of Christians in communism regime

Soviet Union had rap-sheet of killings of approx. 20 Million of Christians by Communists following Marxist-Leninist ideology of imposing “Atheism”. Many Churches were destroyed when communism was at peak in Russia.

A Christian lady was assassinated in North Korea for distributing Bibles. She was sentenced political execution by communist leader of North Korea because of her belief in religion. North Korea has killed approx. a million of Christians. Sexual violence and murder of Christians are common crimes in NK.

Failures of Communism and Oppression done during communist regime

It’s been 102 years of the Bolshevik seizure of power, which led to the establishment of a communist regime in USSR and other nations around the world. The regime of communism tends with many vast tide of oppression, tyranny, and mass murder that unleashed upon the world. The fake liberation theory of communism was based on “perverse incentives and inadequate knowledge”. Communism failed to accord rights of people, instead it ended up becoming an unsuccessful state on humanitarian ground.

China, Russia, North Korea and Cambodia are biggest example of oppression and atrocities on their own citizens by communist regime. China’s Mao Zedong’s regime was accused of biggest genocide ever in world history where 45 million people were killed by state-sponsored famine.

The First Communist State, Russia had faced corruption, authoritarianism, and oppression. Communists are/were most engaged with mass murders and oppression on a larger scale than any other political ideology follower. During USSR reign, prisoners were forces into Gulag (a forced-labor/ concentration camp) for persecution.

Cambodian genocide during 1975 to 1979 was carried by Pol Pot, leader of Khmer rouge regime. He wanted to turn Cambodian region into ultra-Maoist state. The Cambodian genocide includes killing of all minorities and recorded as a “purest genocide of cold-war era” for establishment of Maoist state with deaths of 2 million people approx.

Rising of demand of democracy

Also, the refugees who managed to escape from North Korea are advocating for human rights and initiating for democracy. Both communist states/countries in fear of losing monarchy are subduing people by doing communication black out.

Are Leftist Liberals promoting Communism around the world?

We checked and found that in US, Europe, Asia the whole Leftist Liberal class is bent on promoting Communism in the Capitalist free societies.

In one of the tweets Dr. Marty Fox mentioned, “The Left Has Always had the Goal of Transforming #America into Their Marxist Utopia. But They Tried To Conceal it. Communists AKA DemocRATS Have Come Out of the Closet. This Election Will be About Liberty Vs Tyranny, Americanism Vs Communism.

Why Democracy is better than Communism ?

Communist states have de-facto monarchy where freedom and liberty are two words that exist only in dictionary. In Communists states, only government can decide the needs of its citizens. The level of privacy and liberty is extremely low in these countries. Communism does not allow individuals to own anything. It would be the government who decides the requirement of people and what should be given  to them.

Communism and Democracy have different framework. In a democratic society people are free to create their own political parties and contest in elections, which are free of coercion and fair to all contestants. In a communist society, however, the government is controlled by one political party and political dissent is not tolerated. There is no voting system in communist states while democracy gifts the freedom of choosing the government fairly. The ideology of communism is criticized by democratic and nationalist point of views. Communism’ interest circumvent around only leader’s acquisitiveness while democracy never allows dictatorship.