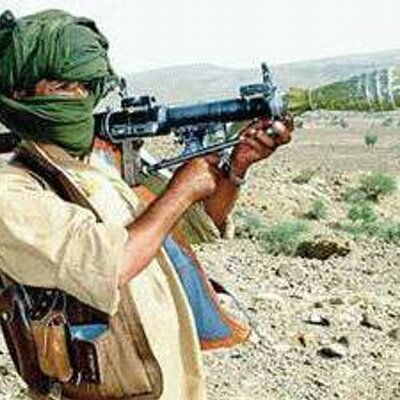 BLA takes responsibility of attacking death squad members in Kharan. It should be noted that Pakistan Army has made death squads comprising of the trained Terrorists and local Criminals to rape Baloch women and girls and spread terror at the behest of Pakistan Army. Pakistan Army is using Death squads to burn the villages and abduct and disappear Baloch people, who are either killed or sold for Organ Harvesting.

The spokesperson of Baloch Liberation Army, Jeeyand Baloch has claimed responsibility of a remote-controlled bomb attack on local death squad members in Lijje area of Kharan on Monday.

Jeeyand Baloch further said that the death squad members under the supervision of Pakistan army are active against Baloch activists and have been harassing civilians in Kharan and suburbs. They break into the houses and rape and harass the women on gun point.

“In Lijje, Patken, Shohap, Kotori, Tazina, Hukami, Shoor Parod, and Sumalo, due to the inhumane activities of these elements many people are migrating to other places and all these criminal acts are being totally supported by Pakistan army and agencies”, he added.

The spokesman further said that BLA has already warned these people to put an end on their bad deeds, but they have just crossed all the limits. On the payroll of Pakistan Army, these people with so called tribal titles are working against Baloch national interests and Baloch society, but they will not be spared.

Jeeyand Baloch said that, we appeal the Baloch civilians to end their connections with such people and remain distant from them since Baloch fighters can attack them at anytime.

Meanwhile, Baloch Armed Liberation Organization Lashkar-e-Balochistan spokesman, Long Baloch, claimed responsibility for the attack, saying that our Sarmachars (in Balochi language Sarmachars means freedom fighters who are willing to give their lives for the liberation of Balochistan) attacked the Frontier Corps (FC) Federal paramiltary force checkpoint at Gachak Kahn area of Panjgur, which caused casualties and financial losses to the forces. Such actions will continue till the complete independence of Balochistan.

As per a news published in local newpaper Balochistan Post, Baloch Liberation Army spokesman Jeeyand Baloch in a media statement from an unknown location claimed responsibility for the attack on the stalls on August 14 in Hub, saying that our supporters were near the Alisher petrol pump in the hub. On the 14th of August the stalls established were attacked with automatic weapons.

The spokesman said that the Pakistani Stall owners suffered casualties in the attack, the stalls were established under the auspices of the Frontier Corps.

Jeeyand Baloch added that despite repeated warnings, the police in the hub are trying to get in front of our Sarmachars, we have already made clear that there will be no exemption from the police personnel who are obstructing Baloch. And they will soon be relegated to the role of disbelievers.

The spokesman said on August 14 that the Pakistani army in occupied Balochistan was forcibly trying to celebrate the day of August 14. The date of August 14th has no historical significance for the Balochs; the purpose of forcibly imposing that day in Balochistan is merely by imposing Punjabi history and identity.

“Real purpose of Pakistan is to distort history and prolong Pakistani occupation. Forced August 14 celebration in Balochistan is an occupation tactic and the Baloch Liberation Army will not allow these enemy tactics to succeed. So, the Baloch government will continue its attacks on the 14th of August in celebration of Pakistani army patriotism. We appeal to the Baloch people to abstain from any function organized on the occasion of August 14th. The Baloch regime can attack at any time”