Balochistan Liberation Charter: A Contract for Freedom From a Repressive Pakistan 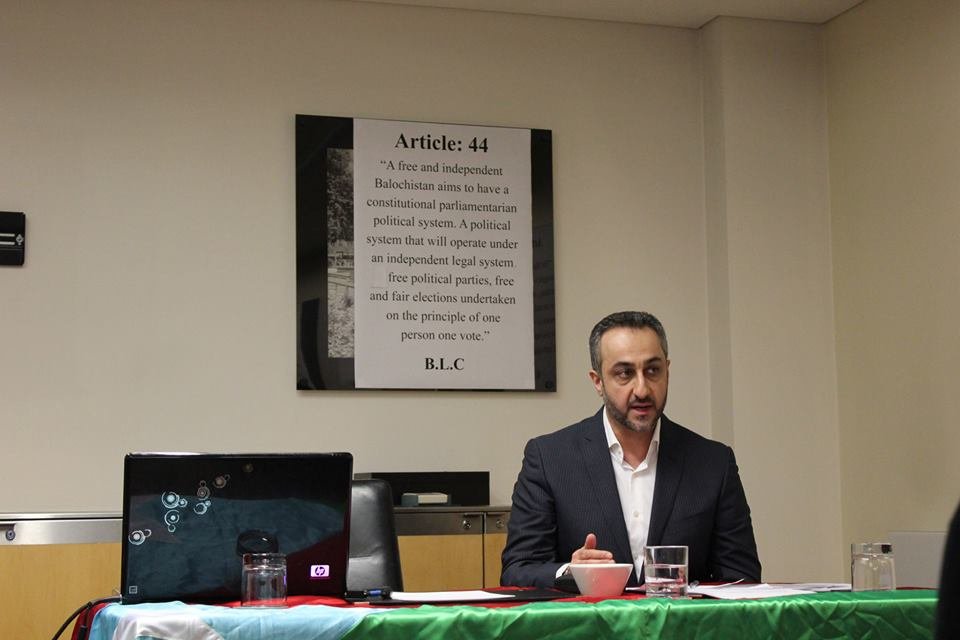 Balochistan is situated in central Asia and considered the gateway of world’s economy due to its geostrategic important location. It has an approximately 1000km long coastline which includes the most important port of Gwadar where Pakistan and China trying build the so called ‘CPEC’ at the cost of the lifeline of poor residents of Gwadar.

Since 1948, the Baloch people have made five attempts to regain their freedom. The last phase of Baloch liberation struggle started in early 2000 when General Pervez Musharraf came to power through a military coup. What is more tragic that the world has ignored the Balochistan issue and the atrocities that followed afterwards.

The first four attempts of Baloch to regain their independence were not widespread that’s why Pakistan to some extent defeated those attempts. The strongest push for independence was in 70s when the Baloch freedom fighters almost brought the Pakistan army to their knees when Iran stepped in to rescue Pakistan and provided gunship helicopters which bombarded on Baloch population massively. A rough estimate says approximately 50000 Baloch were martyred, thousands other were disappeared. In the battle, thousands of Pakistani occupying troops were also killed by the Baloch freedom fighters during 70’s war of Balochistan Independence.

Together, Iran and Pakistan once again succeeded in weakening the Baloch liberation struggle after killing, arresting, disappearing and expelling thousands of Baloch civilians from Balochistan. A large number of Baloch people fled to Afghanistan and sought refuge in order to protect their families and children from Pakistani state atrocities.

The Baloch guerilla fighters in 70s and before that were not well organized and poorly armed. This is another reason that they were defeated each time they tried to break the shackles of slavery. However, the ongoing liberation struggle of Baloch people is widespread, armed with better strategies and well organized. Baloch people from all spheres of life support the freedom struggle that’s why despite the brutal military operations, many deaths and disappearances, Pakistan has failed to quell the liberation movement.

Mr Marri presented the charter to all other pro-freedom parties, leaders and published its first draft for inputs from the people of Balochistan. Majority of Baloch people did express their overwhelming support and appreciation about the charter of freedom.

The Balochistan Liberation Charter is a road map and a contract with Baloch nation to guarantee them that there will be democracy, justice and freedom for all the citizen of Balochistan. It is also to tell the international community that what kind of state the Baloch people are struggling for and how is Balochistan going to be different from Iran and Pakistan.

The BLC also addresses some very important issues including the relations between state and religion to clear the aim of Baloch struggle for liberation. For example, the article 4 of BLC reads as following:

“Article: 4- The Baloch national struggle is a secular movement. It is for the separation of religion from state and politics. It is for the power of reason and in opposition to any religious and ideological dogma.”

To address the question whether Balochistan will have free and fear elections or what system how would it conduct its electoral system after freedom. The charter tried to clarify the issue as following:

“Article: 14- The legal and moral legitimacy of the political system that governs Balochistan stems from decisions of the liberated people of Balochistan in free and democratic general elections, monitored by UN and other independent bodies and observed by national and international media.”

The Baloch masses consider the Balochistan Liberation Charter a ray of hope which guarantees recognizes their sacrifices, guarantees them equal rights in all spheres of life and a bright future.  The neighboring counties of Balochistan and the rest of the International free nations should also be glad to know that an independent Balochistan will have equal respect for all its neighbors and will cooperate with them for the mutual interest of nations.

“Article: 63- A free and democratic Balochistan will work dutifully for national, regional and world peace and economic prosperity. It will work actively with the international human rights organizations and institutions that are working for world peace. It strongly believes in upholding international laws and codes and will proactively encourage living in peace with all its neighbors, respecting their rights and cooperating in the pursuit of mutual interest and economic prosperity.”

The world has high expectations from the leadership of the Baloch nation to play a key role in upholding world peace and combating religious extremism. Even though the US, NATO are fighting the unknown terrorists sent to battle against these forces by their known sponsor for many years but they seem to have failed in uprooting them.

About the Author: Article is written by Sobdar Baluch. He is a Baloch writer, Human Rights Activist and a free lance journalist.