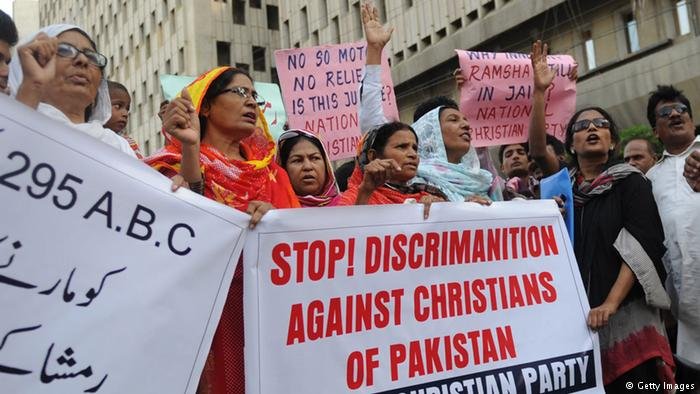 IMF putting its trust or over confidence on the FATF Grey listed Pakistan, completely ignoring the Gross Human Rights violations on all the minorities including Baloch, Pashtuns, Mohajirs, Sindhis, Ahamadiyas, Hazaras, Hindus, Christians, On July 3, 2019, the Executive Board of the International Monetary Fund (IMF) approved a 39-month extended arrangement under the Extended Fund Facility (EFF) for Pakistan for an amount of US$6 billion or 210 percent of quota to support the Pakistan authorities’ alleged economic reform program. There is a growing criticism about the IMF giving public money to bailout FATF Grey Listed Pakistan. Social media is full of quotes like IMF is throwing public money in a drain.

IMF acknowledged Pakistan government’s Failure and, in its observations, said, “Pakistan’s economy is at a critical juncture. Misaligned economic policies, including large fiscal deficits, loose monetary policy, and defense of an overvalued exchange rate, fueled consumption and short-term growth in recent years, but steadily eroded macroeconomic buffers, increased external and public debt, and depleted international reserves. Structural weaknesses remained largely unaddressed, including a chronically weak tax administration, a difficult business environment, inefficient and loss making SOEs, and low labor productivity amid a large informal economy. Without urgent policy action, economic and financial stability could be at risk, and growth prospects will be insufficient to meet the needs of a rapidly growing population”.

As per the experts, public-sector deficits and losses in state-owned companies ballooned in recent years as successive governments have been unable to increase revenues.

Government borrowing — both domestic and international — to cover the fiscal gaps gave rise to a heavy debt and a growing share of the budget for servicing debt. Interest payments alone now absorb around 25 per cent of the government revenue

As per the human rights activist assisting minorities in Pakistan, Pakistan government has not done any economic development in Balochistan or Pashtunistan (as they call the region), instead Pakistan government has recruited death squads comprising of Islamist Radical extremists, dreaded criminals and Terrorist militia to kill anyone that questions the tyrannical rule of Pakistan Army. Pakistan Army is abducting, disappearing people, burning villages so that the lands can be freed up and handed over to China for exploiting the natural resources and hydrocarbons from the Baloch areas.

As per the Human Rights Activist over a million civilians have been disappeared by Pakistan Army. There are no records of these abducted civilians with the government as no arrests were shown. People were simply disappeared. No one knows whether these over one million civilians are alive or have been killed or sold for organ harvesting.

As per the activist we spoke with, because of the above a mentioned reasons, there is no economic activity taking place in Balochistan, Pakhtunwa, North Waziristan. There are no job quotas for Mohajirs even though they are in majority in Sindh. Pakistan Punjab’s citizens are being settled in Sindh to bring demographic changes. Recent budget approved by Pakistan government was discriminatory against Sindh. Many protests are taking place in Sindh. Since Sindh was the major contributor to the Pakistan GDP, because of the protests and agitations, the economic activity in Sindh has come to a stand still.

The activist questioned IMF as to how IMF will ensure the economic activity will accelerate? Pakistan Army is already looting Baloch and Pashtun villages for any valuables and then burning them, millions of Baloch and Pashtuns are now homeless. Millions of people in Karachi have become homeless because of the demolition drive carried out by building authorities and police with assistance from paramilitary Pakistan Rangers.

As per another Pakistan affairs expert we spoke with, Pakistan government talking about the welfare of poor is laughable. All the assurances about “welfare of the most vulnerable” given to IMF are farce while the reality is Pashtuns, Baloch, Mohajirs, Hazara, Ahamadiyas, Christians and Hindus in Pakistan are not even considered human beings. For Pakistan Government, Pakistan means Punjab of Pakistan. As per the expert there will be no welfare of any of the minorities.

As per another person, the main successful Industry in Pakistan is “Terrorism”. Pakistan has successfully produced and exported terrorists worldwide to different conflict areas. Neighboring Afghanistan and India are the most impacted countries due to Pakistan exporting Terrorists.

Looking at the arrangement for Pakistan it seems IMF has fallen to the trap of the lofty words from Pakistan, completely knowing the past failures of various IMF programs. Many of the IMF policies had been reversed too quickly by the Successive governments.

• The Pakistan authorities’ economic reform program aims to put Pakistan’s economy on the path of sustainable and balanced growth and increase per capita income.

• A decisive fiscal consolidation will help to reduce public debt and build resilience while social spending will be expanded and the most vulnerable supported.

• A flexible, market-determined exchange rate will help to restore competitiveness, rebuild official reserves, and provide a buffer against external shocks.

• The Fund’s immediate disbursement will be US$1 billion. The remaining amount will be phased over the duration of the program, subject to four quarterly reviews and four semi-annual reviews.

• The approval will unlock from Pakistan’s international partners around USD38 billion over the program period.

“Pakistan is facing significant economic challenges on the back of large fiscal and financial needs and weak and unbalanced growth. In this context, the authorities’ program aims to tackle long-standing policy and structural weaknesses, restore macroeconomic stability, catalyze significant international financial support, and promote strong and sustainable growth.

“A decisive fiscal consolidation is key to reducing the large public debt and building resilience, and the adoption of the FY 2020 budget is an important initial step. Achieving the fiscal objectives will require a multi-year revenue mobilization strategy to broaden the tax base and raise tax revenue in a well-balanced and equitable manner. It will also require a strong commitment by the provinces to support the consolidation effort, and effective public financial management to improve the quality and efficiency of public spending.

“Protecting the most vulnerable from the impact of adjustment policies will be an important priority. This will be achieved by a significant increase in resources allocated to key social assistance programs, supporting measures for the economic empowerment of women, and investment in areas where poverty is high.

“A flexible market-determined exchange rate and an adequately tight monetary policy will be key to correcting imbalances, rebuilding reserves, and keeping inflation low. In this regard, measures to strengthen the State Bank of Pakistan’s (SBP) autonomy and eliminate central bank financing of the budget deficit will enable the SBP to deliver on its mandate of price and financial stability.

“An ambitious agenda to strengthen institutions and remove impediments to growth will allow Pakistan to reach its full economic potential. Addressing structural weaknesses in the energy sector and improving the governance of state-owned enterprises will ensure efficiency and better services, thus boosting economic activity. Moreover, improving the business climate, strengthening efforts to fight corruption, and enhancing the AML/CFT framework will create an enabling environment for private investment and job creation.

The authorities’ comprehensive economic reform program, supported by the EFF, aims to stabilize the economy and lay the foundation for robust and balanced growth. Key elements include:

A decisive fiscal consolidation to reduce public debt and build resilience, starting with the adoption of an ambitious FY 2020 budget. The adjustment will be supported by comprehensive efforts to drastically increase revenue mobilization by 4 to 5 percent of GDP at the federal and the provincial level over the program period; As per one local person, “Already there is a breakdown of economic activity in Pakistan, Pakistan is exploiting the minorities, how will they shore up 4 to 5 percent revenue?” As per him, “is Pakistan planning to a abduct more people and sell them for organ harvesting to makeup for this additional 4 to 5 percent of GDP? Or do they plan to abduct and sell more of the minority Baloch, Pashtun girls for additional revenue? Desperate times need desperate measures. We fear that for filling the treasury, Pakistan Army will make our lives further hell.”

Expanding social spending, including through the strengthening and broadening of safety nets to support the most vulnerable; Pakistan Army is killing the most vulnerable. As per people, Baloch, Mohajirs, Ahamadiyas, Hazaras, Christians, Hindus, Pashtuns, all these minorities have seen enforced disappearances, their family members killed, houses and villages burnt. Who are the most vulnerable sections in Pakistan, that government of Pakistan wants to benefit? As per an opinion, Pakistan wants to finance the families of the Terrorists who laid their life spreading terror in the neighboring India and Afghanistan.

A flexible, market-determined exchange rate to restore competitiveness, rebuild official reserves, and provide a buffer against external shocks. This will be supported by an appropriate monetary policy to shore up confidence and contain inflation, conducted by an independent central bank; One person told us, “IMF bailout loan totally ignored the fact that Pakistan is a war monger and the major expenditure is in defense sector to feed the eternal animosity with its neighbor India. Pakistan Policy of exporting Terrorists and killing civilians is a flash point of war between the two countries. Will IMF fund Pakistan war chest in the event of a war with its neighbor India? Is IMF financing the Terrorism industry in Pakistan?”

Energy sector reforms to eliminate quasi-fiscal losses and encourage investment, including by depoliticizing gas and power tariff setting and over the program period, gradually bringing the sector to cost recovery. As per locals, IMF totally ignored that the major areas of Pakistan including Balochistan, Pakhtunkhwa are poverty ridden. Majority of Mohajirs are poverty ridden. They don’t have enough money to have full meals. Tens of Thousands of minority Mohajir, Hindu, Sindhi, Christian houses have been demolished in Karachi. People are forced to live on the roads, how will they afford expensive gas?

Structural reforms through strengthening institutions, increasing governance and transparency, and promoting an investment-friendly environment necessary to improve productivity, entrench lasting reforms, and ensure sustainable growth. IMF over looked the fact that Pakistan is a dangerous place to go at the first place. Even UN told its staff not to take their families to Pakistan. Any person can be abducted or killed for the ransom money. Terrorists trotting guns freely roam around. Many terrorists in past were seen roaming around with Pakistan Army officers.

Strong financial assistance by Pakistan’s international partners will support the EFF. The Fund-supported program is expected to coalesce broader support from multilateral and bilateral creditors in excess of US$38 billion, which is crucial for Pakistan to meet its large financing needs in the coming years. IMF has placed too much reliance is placed on the goodwill of Pakistan, which doesn’t exist among the international community. As per one person, “Whole world knows Pakistan produces Terrorists and exports them worldwide, which country would like to invest in a failed, bankrupt nation? China is the perfect fit here, as the more loans China gives to Pakistan, more control China get over Pakistan natural resources. China is an expert in exploiting resources and territory in any country.”

We spoke with another person who said, “Pakistan is a Lier country. Did IMF take assurances from China, Saudi and UAE for another $38 Billion bailout loan to FATF Grey Listed Pakistan?” As per him, “Saudi and UAE are very respectable and responsible countries. Pakistan’s expectations to get $38 Billion from Saudi, UAE is like a beggar expecting too much.”

There is a lot of criticism of IMF and its leaders worldwide. Human Rights Activists worldwide are disappointed at IMF loan bailing out a FATF Grey Listed Pakistan without linking the bailout to stopping the enforced disappearance and genocide of the minorities. They are afraid, this money will be diverted by Pakistan to further clamp down on the freedom fighters who want to breakaway from tyrannical rule of Pakistan. Worst impacted will be the minorities in Pakhtunkhwa, Balochistan and Sindh. This immediate financial assistance will fund Pakistan Army operations to further curb the freedom of expression.