Notre Dame Cathedral Fire – Was the investigation a sham to cover up for French Govt policy failures? Is French Government hiding the Truth? 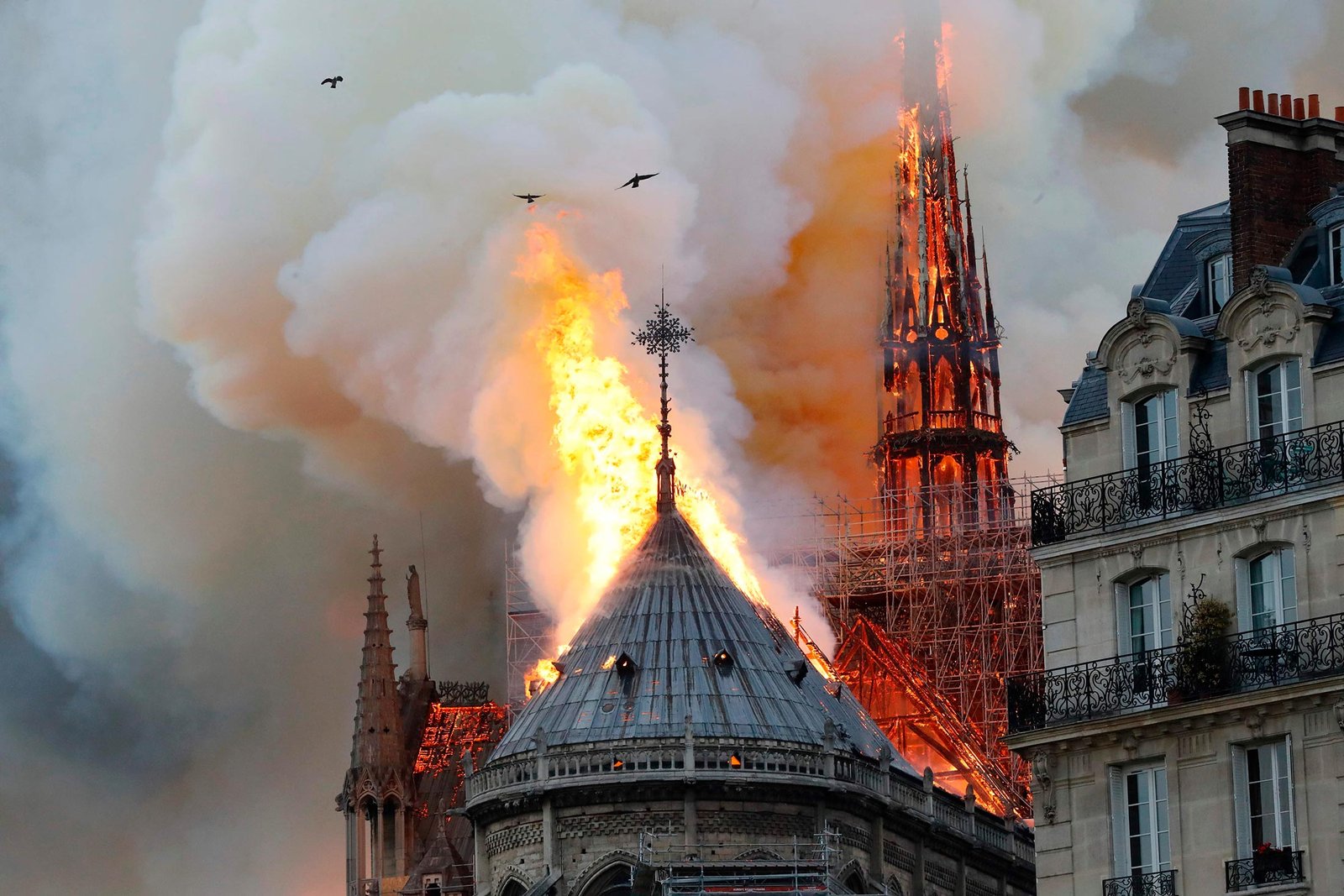 Notre-Dame Cathedral Fire – Was the investigation a sham to cover up for French Govt policy failures? Is French Government hiding the Truth?

15th April 2019 will be remembered as a dark day in the French history. A structure fire broke out beneath the roof of Notre-Dame Cathedral in Paris on 15 April 2019 at 18:20 CEST. Smoke was massive that the color was different than the one when wood is burned. French Government promised an investigation. A lot of Experts came on media and presented their opinion.

Benjamin Mouton, An Architect who was in the past involved in the restoration of Notre-Dame also was of the opinion that it was a conspiracy. On a news channel discussion, he said “Oak that is 800 years old is very hard. Try to burn it, Old oak doesn’t burn like that… You would need a lot of kindling to succeed.” “Wiring was updated in 90s, so there is no possibility of a short circuit”

To disapprove the theory of Old oak getting burnt easily, enthusiasts tried different methods to light fire to old beam with a torch and it doesn’t burn easily while the Oak in the cathedral was 800 years old.

Cathedral was set on fire at a time when there was no workers on the scene. However, the videos received of the fire and the Firefighters also claimed that there were some people inside the cathedral when the church got on fire. Who were those people?

As per firefighters who put out the fire, alleged “there was a odd smell in the air at the time of the fire.” However, it was also overlooked.

On 24th April there was another massive fire in French city Versailles, buildings were burning near the former residence of the Kings of France. Looking at the massive size and intensity of the flames that looked exactly like the Notre-Dame Cathedral fire with the same color of the smoke, it looked like a highly combustible chemical was used to burn the buildings. However, the possibility of the usage of a highly combustible chemical was ignored by investigators in Notre-Dame Cathedral fire.

A month after the fire in May 2019, ISIS came up with posters depicting Big Ben ablaze as reminiscent of the massive fire in April that destroyed roof and spire of Notre-Dame Cathedral in Paris. ISIS groups calling it ‘retribution and punishment’ and telling the western countries to “Wait for the next”.

France was one of the pioneers in the EU to allow millions of Islamic Radicals in EU as refugees. If you look at the pictures or videos of the arrivals of the so called refugees in Europe, all are young Muslim males and none are accompanied with women or old people. Many people on social media claim that this is a systematic Islamic Invasion of the Europe in connivance with Liberal Politicians. It is an attempt to destroy the culture of freedom of Europe and establish a Sharia law worldwide. Islamist Radicals cannot tolerate Christian Churches or other sites.

In one such video obtained, a French resident talk about how the other centuries old sites were desecrated in the past by Islamist Radicals, however the Liberals just laughed at it and the culprits were let go scot-free. Would that have happened if the same was done by a Christian to an Islamic place of worship? People are calling it hypocrisy of the Liberals and the French government where people are being subdued and voices suppressed in the name of Islamophobia.

Yesterday the news was circulated by French Government in the media that as per the preliminary investigation, “A badly stubbed-out cigarette or an electrical fault could have started the devastating fire that ripped through Notre-Dame cathedral in April, ruling out any criminal intent.

Should Christians around the world accept this investigation report and close their eyes to thousands of other similar incidents and accept them as accidents? There is a growing demand on social media that US and other countries should send their Forensic experts and do a neutral investigation of the Notre-Dame Fire. Will French Government accept the demand for an independent International Forensics team to investigate?