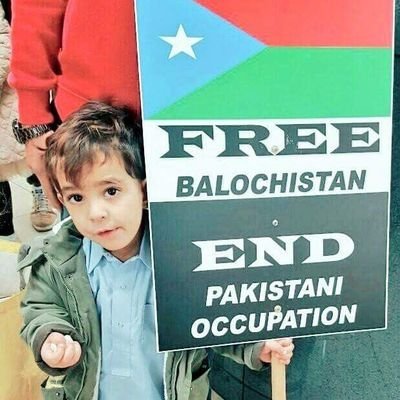 Balochistan Freedom Fighters in a sabotage attack blew up railway tracks in Mastung. This attack came on the day of Independence of Balochistan.

On 11-August 1947, Balochistan was declared as Independent Nation by British. However later on 27 March 1948, Pakistan using its Army occupied the State of Kalat.

The office of Baloch Liberation Army’s spokesperson Jeeyand Baloch has released a statement on Sunday to accept responsibility for the sabotage attack in Mastung in which the railway tracks were blown up by BLA fighters.

“BLA fighters destroyed parts of an important railway track that serves military and economic movements of Pakistan in the region,” BLA said in the statement.

The blast also damaged a bridge.

Jeeyand Baloch added in the statement that attacks including sabotage activities on military and economic installations are part of our policy and such attacks will continue until full withdrawal of Pakistani forces from Balochistan and restoration of an independent Baloch state.

In another statement released by BLA on last Friday, the spokesman of the organisation took the responsibility of a sniper attack on a Pakistan army check post in Shahrag area of Bolan.

As per the spokesperson of BLA, the attack resulted in killing one army personnel.

In his Tweet on Twitter, Tarek Fateh said, “Nothing is more precious than Independence and Liberty” – Ho Chi Minh. Happy #IndependenceDay to all my #Baloch friends in Balochistan and in exile. A #FreeBalochistan is not far #BalochistanDay #11AugustBalochistanDay”

In a Tweet, an Indian, Major Gaurav Arya (Retd) said, “It was today 1947 that Balochistan declared Independence. The next year, Pak took Balochistan by force. Today in Balochistan, Killings, rapes & forced disappearances are common. but evil does not last for ever. One day, Balochistan will be free. For ever. Free from Pakistan.”

In another Tweet, Major Gaurav Arya (Retd) said, “Indian Govt should come out openly in favor of legitimate freedom struggle of Baloch people. We need Balochistan Govt in Exile based in New Delhi. Give Baloch Indian passports. Fund them. let them travel the world & tell their story of oppression. Let them unmask Pakistan.

Women also cut the cake on this occasion and shared hope with each other that one day they will get freedom from the repressive Pakistan.

A seminar was organized in Frankfurt, Germany on the occasion of National Independence Day of Balochistan.

In a Seminar in Germany, Baloch human rights activist, Ashraf Sherjan has urged Baloch people to wish ‘Happy Independence Day’ instead of ‘Eid Mubarak’. He said, “Because on 11 August 1947, Balochistan was declared as an independent state.

Later on 27 March 1948, Pakistan occupied Kalat state at gun point and annexed Balochistan with Pakistan by military force.” He further added, “I request my brother and sisters in India please stand and support the people of Balochistan to regain their freedom like the way India help and supported Bangladesh in 1970s. We covered the history of Balochistan conflict with Pakistan in our previous article “The Baloch Pakistan Permanent Conflict – 1948-1977“

A Seminar was also conducted in Constitution Club, New Delhi, India. Participants from different parts of India joined. Intellectuals also joined the seminar and a consensus was made that Indians worldwide should spread the awareness about the Genocide being committed by Pakistan Army and the atrocities being done on people in Baloch Nation. Scholars who participated requested that Indians worldwide should support the people of Balochistan to gain freedom from Pakistan.