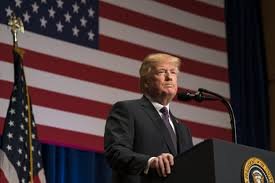 One man’s terrorist is another man’s freedom fighter or so as the adage goes. Till yesterday, BLA was seen as a genuine entity fighting for Baloch Independence. The respect and authority it had was derived from it’s association with the Marris. But, something changed yesterday because of which it was recognized as a terrorist by a neutral party in the issue – The United States of America. The immediate implication of this is the instant vilification of Baloch Independence movement.

Baloch freedom fighters fought continuously for their independence from the time of the annexation of their country. The first rebellion was led by the brother of the Khan of Kalat and they saw many high profile deaths and arrests over the years – it is but an indication of the relation between Balochistan and Pakistan that Baloch saw one of their more venerated leaders like Nawab Akbar Bugti leading a rebellion in person and another, Akthar Mengal arrested without charges for a decade and displayed in a cage for the audacity of trying to save the honor of his children. Abductions, Army Excesses, Demographic Invasion, everything started and its but natural someone will pick arms to correct the imbalance. BLA, by association with the Marris became one of the most prominent fighting forces and it’s but natural that the acts of sabotage and retribution an organization performs against an occupying force is viewed as a terrorist organization by the occupier.

But, what changed? The entry of China in the name of CPEC. Even if the Baloch were doing the same things they were doing before, the targeting of Chinese assets changed the way equation massively.

It is possible that attack on the Chinese convoy followed by Gwadar Continental Hotel attack is the last straw. It raised immediate concerns over
1. Safety of Chinese equipment and personnel in Pakistan
2. The ineffectiveness of Pakistani army in containing an insurgency
3. The success of CPEC as an economically viable entity
And more importantly, it made the world aware of Baloch problem and gave weight to their diplomatic utterances. This is unacceptable to the interested parties – those who are investing in Balochistan.

1. Iran – if there is going to be an invasion of Iran, what exactly are you offering to its neighbor (Pakistan) to stay out of the way? People are of the opinion that a ban on BLA is an incentive given to Terrorist Nation Pakistan to stay way.

3. Chinese demands to ban BLA due to Gwadar attack. It is rumored that China has already demanded Gilgit and Gwadar from Pakistan for a 50 years lease and it is but natural for the Chinese to treat any incident in Gwadar as an affront to their sovereignty.

Also, going by the fact that the neighbor India has already raised concerns over Pakistani excesses in Balochistan, one shouldn’t be surprised at Pakistani-Chinese efforts to declare India as a wilful instigator of a terrorist organization. That besides, needs to be seen now, how this will impact BRAS and Pakistan’s FATF blacklisting. All eyes should now shift towards India to assess how it is going to convert this to it’s advantage.

However, one would be surprised if the ban on BLA is due to the shaming of Pakistan over Baloch missing persons in England which is happening as we speak.

In the last few decades over a million Boloch minorities have been abducted and disappeared by the Terrorist Nation Pakistan without following the due process of the Law. It is a clear Human rights violation of the Balochistan minorities whose country was forcefully annexed by Pakistan. Some people on the ground claim that these million people who have been disappeared have either been killed and buried in the mass graves or sold for Organ Harvesting. There are no records of people and no information where these missing people are. Moreover Pakistan has recruited Death Squads comprising of criminals, Islamist Radical Extremists and the Militia to kill and loot the local Baloch civilians, burn their villages so that people leave the areas and the same areas can be exploited by Pakistan and Chinese companies for natural resources.

People are of the opinion that a ban on BLA is declared overlooking all the Human Rights violations by Terrorist Nation Pakistan and giving legitimacy to the Extra-Judicial Killings and selling of the minorities for Organ Harvesting. People in a large part of Pakistan including the Baloch, Pashtun, Mohajir and Sindhi Areas that comprise of a large part of Pakistan, People in Afghanistan and worldwide who had sympathies with Baloch people, are anguished over the ban on BLA by the US. People are saying that the US has done this to appease China as part of their trade negotiations. One person questioned, “is the trade with China more important than the lives of millions of minorities who are being persecuted by the FATF Grey Listed Pakistan?”

As per one local, if the US would have accepted Human Rights violations by Pakistan in abducting and disappearing millions of minority Baloch, Pashtuns, Mohajirs and Sindhis and helped in their freedom struggle and given recognition to the new smaller Independent nations formed by dividing Pakistan, there would have been a better world. These new smaller nations would not have the problem of Islamist Radicalism and US companies could have been invited to explore the natural resources instead of Chinese who are known to exploit other countries under their debt trap.

People are of the opinion that it is a decision by the US, that seems to be taken in a haste without consulting the neighboring countries including Afghanistan and India and without consulting the Human Rights Organizations operating in Balochistan. People are of the opinion that the US President Donald Trump will not bow to the Chinese pressure or Taliban demands and ally with the FATF Grey Listed Pakistan again.