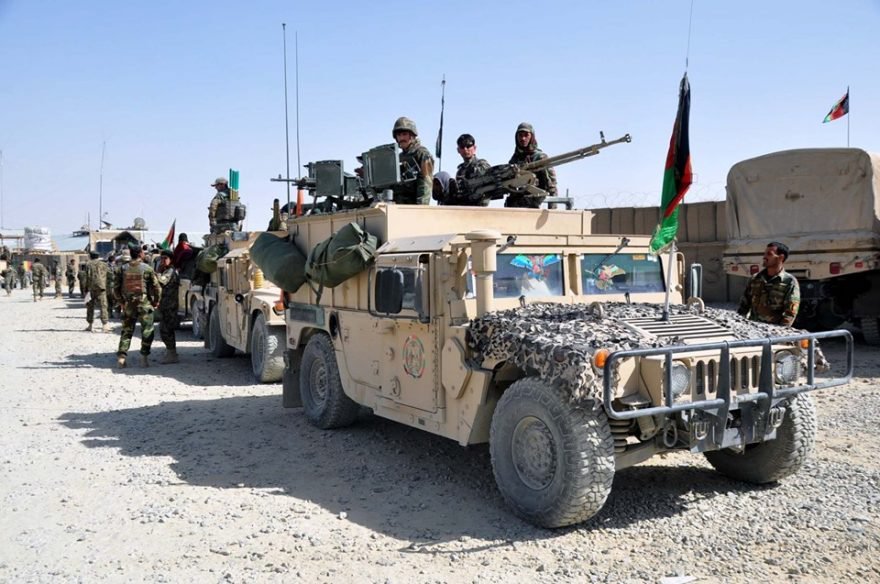 In last 8 days, 606 Pakistan sponsored Taliban Terrorists were killed and 284 Terrorists were wounded as a result of continuous clearance operations. Huge quantity of Arms and Ammunition and Drugs were seized and vehicles used by Taliban were destroyed. These figures are provided by Ministry of Defense, Afghanistan during different press releases over the past 8 days.

As per the press releases over past 8 days, Afghan National Defense and Security Forces, launched 90 joint offensive & clearance operations, and conducted 796 Commandos, Special Forces operations in different parts of the country, in order to remove security threats, destroying the enemy’s sanctuaries and ensure better security to the people of Afghanistan, Afghan Air Forces conducted 1146 flights and carried out 182 airstrikes on enemies’ positions in support of these operations. As a result, 606 Taliban Terrorists killed and 284 were wounded and 10 were detained.

During the operations huge quantity of Arms and ammunition were seized. Many vehicles belonging to Taliban Terrorists were destroyed. Thousands of kilos of narcotics recovered and destroyed by Afghan Security forces

As per the sources, ANDSF operations are continuous. These operations will continue everyday and all year long. Taliban will remain on the run until they surrender or rejoin the modern Afghan society.

Skepticism over US-Taliban Talks at Doha

There is a wide skepticism over the present US-Taliban talks taking place in Doha. As per people, Taliban seek international gurantors of US troop withdrawal. However, they have failed to provide any guarantee that after the US troop withdrawal, Taliban will honor their side of the agreement.

Expressing confidence that Taliban will deceive and will not honor its commitments once the US troops leave Afghanistan, Col. Rahman Rahmani in one of his tweets said, “People who know Islam are aware of KHID’A (deceit), a tactical word that can legitmate Déjà vu, all over again. Muslims are allowed to not adher to agreements they sign with infidels they are in fight. Based on this, Taliban Terrorists can deny any agreement at any time and THEY WILL!”

Despite, these peace talks, Taliban continues to kill civilians through continuous spate of bombings. It demonstrates the armed groups disregard for human lives.

It is learnt that Taliban is sending criminals, drug addicts to kill civilians. As per a video circulating on the social media, two Taliban Terrorists were arrested by Afghan security forces during their attack on Badghis province. Both drug addict Terrorists confess that “Mullah Noor Afghan and Ishaq Pahlawan ordered them to kill whoever they saw.”

As per people, this is not Jihad. This is clear terrorism.

As per reports, Pakistan continues to harbor Taliban Terrorists and keep supplying them Arms to take over larger portion of land in neighboring Afghanistan.

Similarly large cache of weapons and ammunition was seized by Afghan security forces in Baghlan Province.