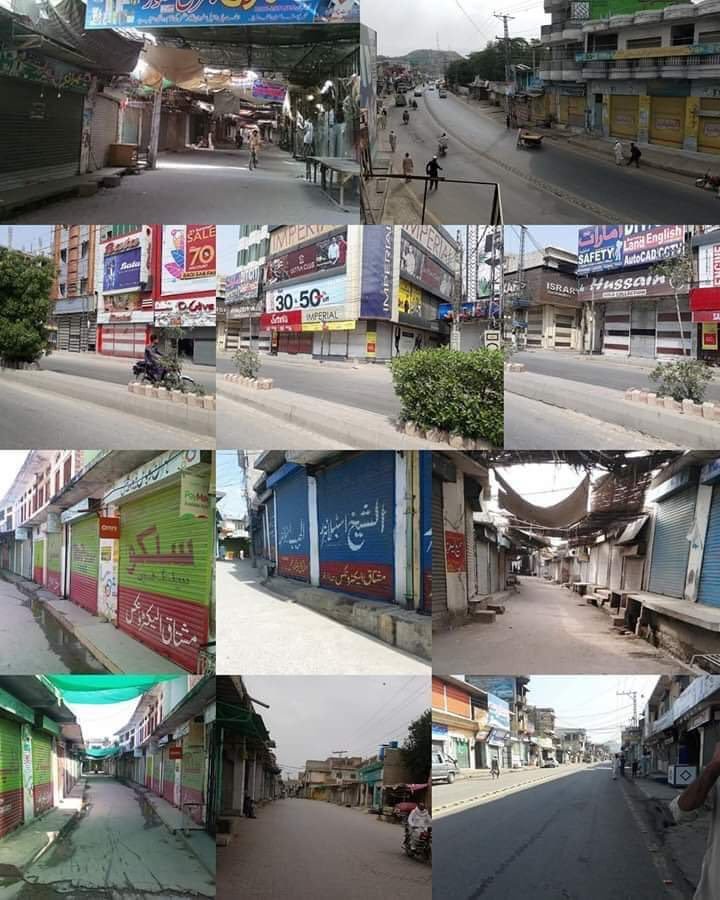 Pakistan’s economy on Saturday suffered an estimated loss of around Rs20-25 billion due to shutters-down strike across Pakistan, by small businessmen and traders countrywide to protest the “anti-business measures” taken by the Pakistan government implemented through budget for the current financial year 2019-20.

Under the IMF bailout, signed this month, Pakistan is under heavy pressure to boost its tax revenues to plug a fiscal deficit which has ballooned to around 7 per cent of its gross domestic product, as well as avert a looming balance of payments crisis.

The traders demanded that the “unfair taxes” be withdrawn, especially the value-added tax on traders.

Traders observed strike after their negotiations with Prime Minster Imran Khan and his economic team – including adviser to PM on Finance Hafeez Shaikh and the FBR chairman – failed on Wednesday.

Major markets of Karachi observed a shutter-down strike on the call of traders.

“The strike call was given on the basis of a host of unresolved issues, ranging from an increase in be bracket of taxable income to the mandatory procurement of national identity cards (NICs) from customers conducting transactions worth Rs5 million or above,” said All Karachi Tajir Ittehad (AKTI) Chairman Atiq Mir, who represents around 450 markets in the city.

Speaking to a local media outlet, Mir claimed that authorities had tried to get markets opened at a few select places and also misled media about the strike.

“By increasing the sales tax on retail and asking traders to give a record of every sale and purchase, traders have been compelled to take this drastic action,” he said, adding that he regretted the situation as he understood that such strikes result in financial losses to many parties and not just one.

Most areas of Lahore remained closed during the day.

In a press conference, traders from the All Pakistan Traders’ Union said that traders “from Karachi to Khyber” had answered the call to observe the strike.

“Traders have cast their referendum against the budget by observing this strike,” said Naeem Mir, secretary of the All Pakistan Traders’ Union.

“Mr prime minister, we want to solve traders’ issues through talks. The government should sit us down with their representative to solve these issues,” he said.

“If the government does not agree to our terms, then protest is the only way forward for us. We will not file our tax returns until our demands are met,” he threatened.

A complete shutter-down strike was also observed in Islamabad after no government official contacted traders for any reconciliation effort.

Ajmal Baloch, president of All Pakistan Traders Association, said that Federal Board of Revenue and government only hold talks with chambers and avoids smaller traders.

He said 4.1 million registered traders have been ignored by government. He said, “Today’s shutters-down is not only being observed by traders, in fact, it also channels the voice of consumers.”

Shops were also closed in Tank with strikes reported from Kulachi, Draban, and Pharpur, Ramak, and other adjoining areas.

“We have observed a historical shutter-down strike in Battagram. The strike is against inflation and proposed taxes being imposed on traders. The government is trying destroy our businesses,” said Abdul Ghafar, president of Battagram’s trade union.

He said inflation is now out of the control of the government and said that “the prime minister has pushed the country into an economic crisis.”

Shangla Trade Union President Hamidur Rehman said that the Malakand division has been a tax-free zone since Swat became a state but the current government has decided to impose taxes here as well.

“We are already badly affected by terrorism and natural disasters and the imposition of taxes on us will be more than a disaster for us. Instead of conducting development work in our destroyed region, the government’s decision of imposing taxes and inflation is beyond my understanding,” he said.

The shutter-down strike is being observed in all parts of Malakand and Hazara divisions. The strike against inflation and taxes was called by the Pakistan Trade Union.

The markets in Shangla, Battagram, Swat, Abbottabad, Haripur, Kohistan and other areas of the province remained deserted.

Traders across Balochistan observed a complete shutter-down strike against inflation and increasing taxes on the traders’ community.

Traders in Balochistan, including Quetta, also supported the strike call and activities remained ceased in the main areas of the provincial capital, such as Mini Market, Nawa Kali, Saryab Road, Joint Road, and Bacha Khan Chowk.

Other cities in the province, including Hub, Chaman, Gwadar, Sibbi, Kalat, Kachlak, Ziarat, and Qila Abdullah followed the suit.

The trade leaders had issued a call for the strike in order to mount pressure on the government to take steps to reduce inflation and taxes. In Quetta, all shops, shopping malls and business centres remained shut during the day.

Because of the strike, roads in Quetta also wore a deserted look and the flow of traffic was thin.

The strike against inflation was also observed in other cities of Balochistan.