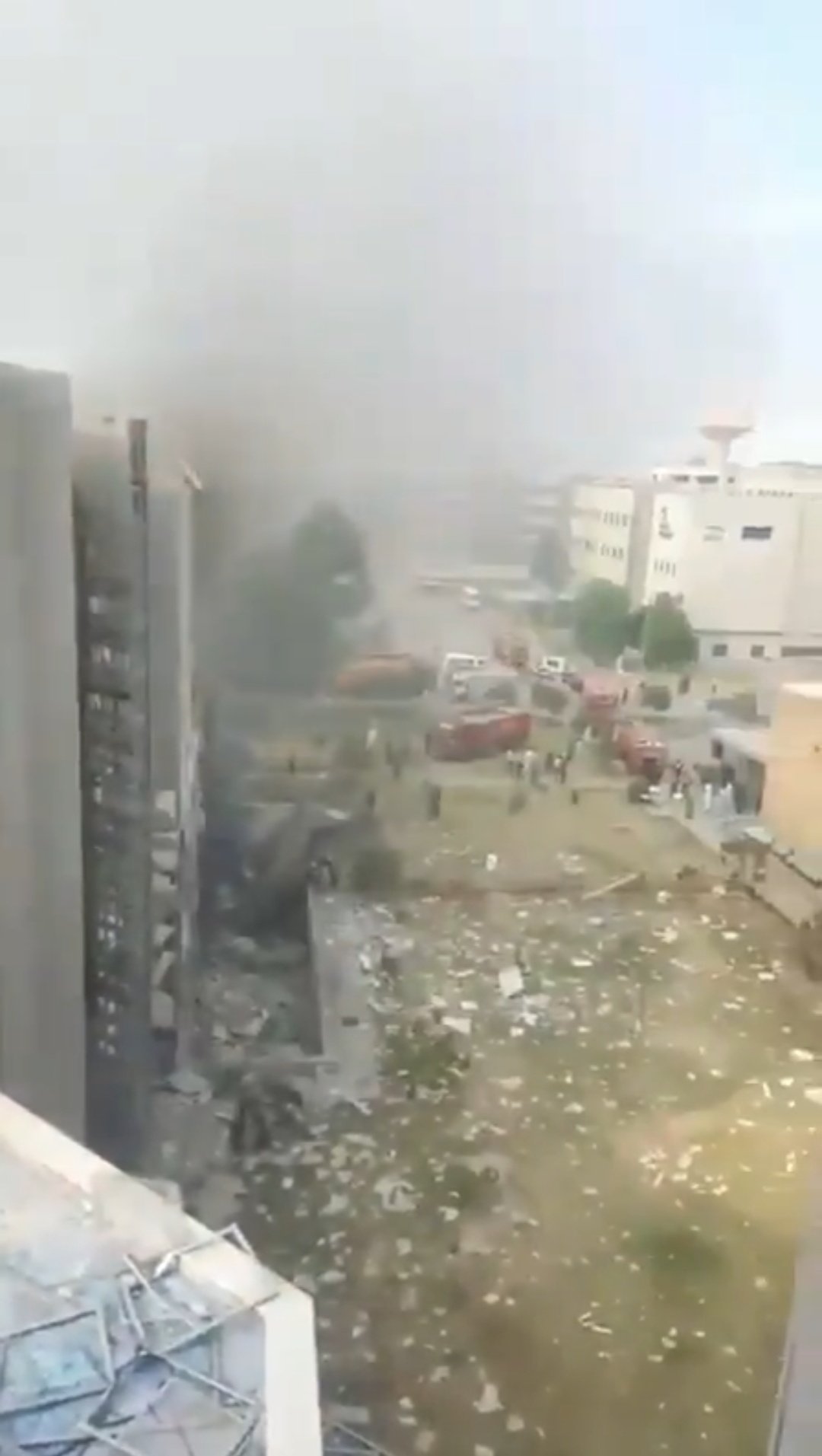 There was a Massive Explosion in Military Hospital yesterday at a in Military Hospital located inside Rawalpindi Cantonment. Pakistan Army has ordered complete blackout on Media about this incident. No media house in Pakistan is allowed to report on this incident. However multiple versions are afloat on the Twitter and social media. As per some people in nearby area, heard 2 Explosions. Some people say it was due to Gas leakage while some claimed it was Due to Short Circuit. However the various videos shared on the social media show massive black smoke coming out of the building. Smoke colour is something that is not generated from the Gas explosion.

Glasses of the Windows in distant buildings shattered after Massive Explosion in Military Hospital .

Users on twitter came up with many theories trying to rationalize the incident yesterday. There are several conspiracy theories flowing around. As per one user, UN Designated Terrorist Chief Masood Azahar was admitted to that hospital and Pakistan Army wanted to get rid of him as he had become a “liability” in the wake of growing International pressure on Pakistan.

As per another user, it was an Eyewash by Army of Terrorist Nation Pakistan to declare him dead in an accident while moving him to a safe house like they kept Osama Bin Ladan in Abbotabad safe house.

As per Another Conspiracy Theory, Masood Azhar is already shifted to safe house in Turkey and this was an attempt to declare him dead in accident.