Racism Against Africans: Ugly Side of Chinese Hypocrisy 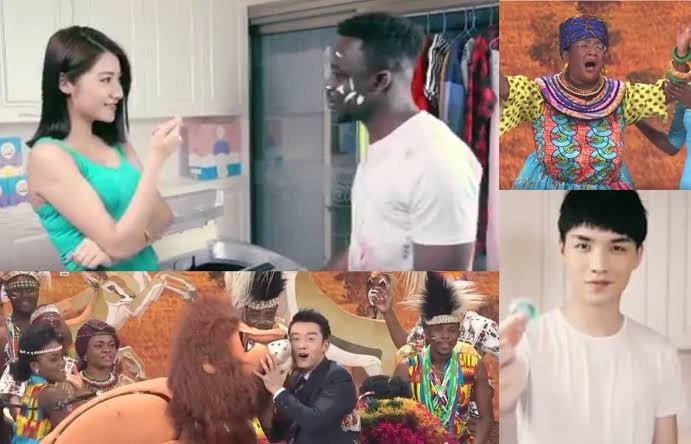 Racism against Africans is the new Mantra in China. While we have China screaming at the world that calling COVID-19 has Chinese Virus is Racism, it turns our that China’s track record of racism seems to overshadow that of the whole world. Just yesterday, an official note of the Chinese Government surfaced, which called a certain virus as “African” Horse Virus. This only shows the duplicity and hypocrisy of the Chinese, which actually is ingrained into the Chinese psyche.

China asked the whole world to not use the world “Chinese Virus” or “Chinese Wuhan Virus” that relates China to its deadly virus that has infected millions of people worldwide and killed lakhs of people. Is this not Chinese Hypocrisy to refer the African Horse Sickness (AHS) and not name it with a different name?

In this article we bring forward how Africans and foreign nationals are being subjected to racial discrimination and frequent attacks in China. China that accuses all its enemies and competitors including Italy, France, United States of Racism, has exposed its own Ugly face when it comes to Racism against the foreigners especially the Africans.

We have collated a few tweets that expose the Chinese Hypocrisy and the Ugly side that Chinese do not want the whole world to see.

Here is an advertisement that is very widely seen and liked by the Chinese on their national media. It shows an African is put in a washing Machine and comes out after the wash as a Chinese. Is this not the biggest evidence of Racism?

This was just an example how Chinese Media and social media has spread hatred for all foreigners especially the Africans.

Watch these Video in this tweet. A South African citizen exposes the Racist attitude of vast majority in mainland China. In other countries when an allegation of Racism is made, it is argued that there are only a few bad eggs, a few nasty ones that hold this racist attitude. However, this kind of open discrimination against Black and Indian People is out in the open among the vast majority of people in Mainland China. 99% people had derogatory remarks to say about the Black people. How Chinese consider all other races as inferior to them. They say “Indian People smell bad”.

Hatred against the Chinese can be gauged from the recent news that left the whole world distance itself from the Chinese. A Chinese Ship crew threw 2 Tanzanian men into the “Shark-infested” Indian Ocean in South Africa. Which Human Race in the world has shown this kind of “Barbarism”?

Watch this lady openly saying, “If you come from an African country, you cannot go inside.” Even though the person was living in China for last 20 years, he was not let inside the building.

Africans are subjected to frequent attacks on the Chinese streets. If you are from Africa, you are definitely not safe in China.

Africans are not welcome in any stores in China. If they do enter, they are dragged like animals and thrown out. This is the height of Racism of Chinese People.

It is a bad luck if an African person is seen by a Chinese Police officer driving a car. Despite showing all the documents to the Police officer, they still vent out their anger and hatred by beating the Africans red and blue.

Racist Chinese attacks all Africans and other non-Chinese at the earliest opportunity they get.

More condemnation coming from all quarters.

China that exercise racism against Africans, what if Chinese have to face the same discrimination world wide? Why does China call it racism? Is it not Hypocrisy of China to scream Racism when its citizens are discriminated while on the other side shows its ugly face by using derogatory and hateful remarks against Non-Chinese including Africans and Indians?

16 eminent African leaders wrote to all Members of African Union on crimes against Africans in China.

Would it be surprising if Chinese Citizens are subjected to a similar treatment back in Africa? Just a small check and worm hole opened. Several Chinese without valid documents were arrested. People in Africa started trending #ChinaMustGo on Social Media.

Guinea deports Chinese employers who were whipping their workers like slaves. Do these Racist Chinese consider themselves as Supremacists?

Republic of Guinea is setting a precedent and have arrested all Chinese Citizens living and working in their country and threatened that if Guinea citizens living in China do not return safely, the Chinese in Guinea will face the same consequences. We are afraid this is the general public opinion across all African countries against the Chinese that have exploited their lands, and treated them as slaves and left them poor.

Chinese are petty thieves in Africa!!!

On Weibo, the Chinese Social Media app, many Chinese call for killing of black people. Chinese call them as evil, lazy and criminals. This exposes the Ugly face of Hypocrite China when Racism against Africans and other Non-Chinese is exposed.

What if the anger against the Chinese for their racist behavior against the Africans spread world wide. There are African communities living all over America, Europe, Africa, Jamaica. What if they start boycotting Chinese worldwide? Will Hypocrite Chinese not scream of Racism?

Even the Uyghur voices have come out in support of the Africans an other non-Chinese foreigners. One person remarked, “Do not trust bullshit Chinese, The Chinese treating black people from Africa as same as Uighur. They do the worst thing in the world then deny it with a smiling asshole face. just as speeding #ChineseVirus19 then saying it is from USA. Do not trust China.”

It came as a shocking news of Racism against Africans that African tenants have been evicted by their Chinese Landlords on a false accusation that all foreigners have the “Virus”. Which Virus? The Chinese Virus that China exported to the entire world that killed lakhs of people? Wait!! Justice will be delivered by the entire world!!

After the eviction, Africans can be seen on the streets, no where to go!!

People want Chinese to be sent back and Africans to be brought back to Africa in citizen exchange agreement.

A valid question is being raised. How can a Racist, Cruel China, a country with no respect for Human Rights be part of the 5 member United Nations Human Rights Committee?

More examples of discrimination against African Citizens despite testing Negative. Nigerian Consulate staff had to intervene.

More examples of Racism against Africans in China

We came across this shocking accusation against China. The pictures were very disturbing and nauseating. The tweet alleges that the Chinese have started eating Africans in China. In the picture we can see some men and women working on a dead body of an African in an open field. We are not sure what these people are doing with the dead body with cutting instruments. But if the alleged allegation is true, then after the wet markets, are Chinese trying the African Human flesh and soup? Does Chinese do not like Han Chinese Flesh and its soup? On one side Chinese hate the Africans, on the other side, the Chinese are eating Africans? Disgusting!!

China is screaming and accusing the whole world of Racism. It turns out the Chinese are the biggest Hypocrites and the Biggest Racists on this earth who consider themselves as Supremacists and want to rule over the entire earth. How long the African countries tolerate this Supremacist attitude of China. It is not far away that instead of requesting China to forgive the loan payments, all the African Union nations will group together and sue China for all the exploitation China has done in Africa, all the damages for Chinese Virus, All the damages for destroying African economies. First step will be the African countries uniting and ordering Forfeiting of all Chinese Loans towards the initial payments of handling the Chinese Virus Pandemic in Africa. Thereafter nationalize all Chinese assets including all the lease agreements of all mines and fertile lands and take over from the Chinese as a full and final settlement for all the Exploitation, deaths, and other losses to all African Nations.

Question to be asked. Will African Nations show unity and rise above their petty profits and corruption and stand for the African Union with Unity? Does African Nations have the leadership who can sue the Chinese and order forfeiture of all Loans and Nationalize all Chinese assets in Africa? Does African Union Leaders have the Guts to handle threats from China if they stand united?