The Intellectual Hit-men or women 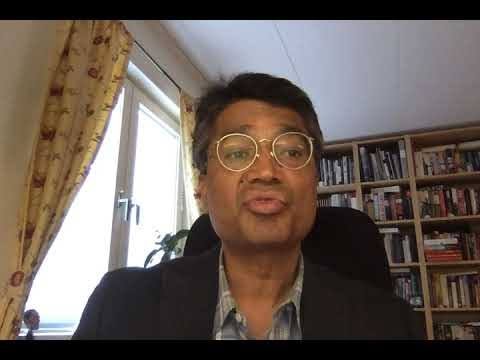 This article, The Intellectual Hit-men or Women exposes Ashok Swain and examines if he is an intellectual lonewolf or is trying to stay relevant by influencing the way people should think as per his twisted world view or if he is a pen for hire/intellectual Hitman. Author is a PhD in Electrical Engineering. He has previously exposed the Cracks in Academia and how Leftists get Fake publications in dubious journals and get jobs in Prestigious Universities in Europe in our previous article Anatomy Of A Swain: Cracks In Academia

To hate a democratically elected leader is your right, but to question a credible system of election, hatred for an entire society, justifying vilification of individuals because they are from an ideology, and always complaining without offering a solution; is intellectually tiresome.

After a bit of time, people would question your motive. When questioned, the best counter the questioned side present are the following:

If you ask the Indian right about their issue with the Indian left, you would get the above list of insults thrown at them by the left and vice versa. These accusations lie across the spectrum.

However, there seems to be one fundamental difference between the current Right and the Left. The left complains, criticizes, and concludes that there is a new problem, every single time.

It appears that the left has access to a list of (n+1) issues. Where the quantity n is the number of new problems in every action taken by the right leaning government.

However, every human created problem must have a solution, if there is no solution to the problem, then it is a physical phenomenon.

This is where I found Indian right to be somewhat reasonable. They not only complain, but they also point towards a possible solution. However, these solutions are simply dismissed as utter nonsense by the Indian left.

Unfortunately, the Indian Left is becoming increasingly intolerant to any thought or solution which comes from the Indian right. The Indian left has an elaborate network of intellectuals- Journalists, authors, teachers, professor etc.

As per this network of people, a right leaning person, irrespective of the profession is an idiot. We would be seeing evidence of this thought process in the upcoming sections of this article.

We will first do a case study of my beloved Ashok Swain. Now as per the twitter handle whom I follow, has commented that Ashok has put a lot of people into his twitter block list.  As per this tweeple, the block list is as huge as the population of Sri Lanka.

Ashok also blocked me after I had done a massive thread commenting on his academic publications.

It is to be noted that I had not attacked him personally. I only asked some questions within the academic norms. A wise thing to do in academia is to clarify the comments through a respectful rebuttal.

However, Ashok chose to block me and then put out a public tweet which read[screenshot]:

Nice job Ashok, these are the same set of responses, which the right has always said the left retorts to- i.e. Troll and IT cell. Your responses and articles remind me of the section of women in the Indian society who misuse section 498A as a tool against the men.

The trouble is, we are under a massive corona lock down and there is a lot of time at hand. I have been meaning to make commentaries on the plethora of articles and talk shows you have given on India’s right as well as the shameful insults you have thrown at our armed forces soldiers and Police.

You see, I am a scientist and a PhD in Electrical Engineering [top 200 universities] and I am also a Professor at a reputed National University somewhere in the Eastern Asia. I was a former assistant professor at the Indian Institutes of Technology. Oh yeah, I have also won some global young scientist awards. I am quite a known name in my field. Also, please do be advised that I hold IP’s which have launched atleast three companies in somewhere in an eastern peninsula, where pop singers come up with ridiculous dance moves and hello kitties rule the roost. Now that am done showing off, let me claim that, this makes us professionally equals. Infact, given the advantage Engineering and Science comes with in today’s commercially driven world; I might even be a tile above. So, next time when you send your twitter alter-egos to insult me keep that in mind. Try to innovate if you can, although you don’t have that capacity, evident from your news articles and academic publications.

Now let’s go through some of your articles:

Ashok, are you sure that only we have the monopoly over that behaviour? Perhaps so, but, then you see the Naxalites in my domicility state of Chattissgarh are gun touting, violent humans. They are the gun armed equivalent of the leftists armed with pens.

Anyway, let’s go into the analysis Screen shot of the first paragraph from your article:

When I first read this, I chuckled! Then comes the next paragraph.

Logically speaking this opinion piece by Ashok makes no sense at all. I went on to read this particular Scientific study cited by Ashok.

First of all, atleast for once Ashok cites a research which has slightly large data set. Now coming to the scientific study and the way their results have been interpreted.

Let’s look at an article which appeared in the same subcategory of the journals which also happens to be a quartile 1 ranked journal- “The Ideological-Conflict Hypothesis: Intolerance Among Both Liberals and Conservatives” by Brandt [2013] et al. The Authors note that prejudice and intolerance exists in all groups despite of ideology.

This brings us to the article cited by Ashok, which stated right in its Title: “Bright Minds and Dark Attitudes: Lower Cognitive Ability Predicts Greater Prejudice Through Right-Wing Ideology and Low Intergroup Contact”

However, the articles by Brandt, Lambert & Chasteen, McClosky& Chong, Yancey; all support the theory with evidence that anyone despite of political ideology, who is prejudiced and intolerant scores low on cognitive abilities. This low cognitive behaviour has more to do with lack of diversity of contact with people of opinions.

So, Ashok’s claim is highly misleading. Here is the graph from the research article by Brandt et al.

See how there is no difference between the perceptions of liberals vs conservatives. Hence, your article has been bombed right here.

Ashok is this what you are doing in Sweden?

Now I don’t want to indulge is mudslinging at the expense of armed forces. However let me remind you, there is no caste in Armed forces. I would also bring to your notice that the man who got the First Param Veer Chakra for his gallantry on 3rd Nov 1947, shares the same last name with me.  But no one ever said that look the Param Veer Chakra is won by Brahmins and upper castes. This is so wrong!

Discussion: The following two tweets by Ashok, show that he resents that he still is doing the same job which he used to do in 1990’s. Whereas, Narendra Modi became a Prime Minister from a tea boy. Ashok is clearly jealous and resents this ascent of PM Modi. There are enough psychology journals to explain how Ashok’s mind might have cracked under reesentment and jealousy. He seriously believes that he could have been lost in gandeur.

If what Ashok claims in the above two tweets is true, then he was defintely inline with political party-the Indian National Congresss. Also, from his Article of 1996 [Screenshot Below] it is evident that Ashok had a disliking for BJP since that time itself. He didn’t want to join Congress because he wanted to do something  of his “own”.

When I quit my job at the Indian Institute of Technology as a faculty and went back to launch enterprise, the prime motive was to do something of my “OWN”.  I personally can say that psychology of  doing on my “OWN” is an ego driven affair. I want to stay relevant, its somehow not about money. Its about the impact my inventions could make on the way people would live. Its about a certain sense of power.

Although, I cant say the same in case of Ashok or others, I donot have enough data to support this hypoythesis on psychology of “OWN”.

Hence, the best way for Ashok to stay relevant is to stay in the limelight through Media: Books, articles and now social media.

Are you an intellectual lonewolf Ashok?  Or

Are you trying to stay relevant by influencing the way people should think as per your twisted world view? Or

Are you are a pen for hire/intellectual Hitman, that is why you see  IT cell trolls everywhere?

I wanted to cover more articles of yours and the venom you spew.

However, I realize that it is your bread and butter. The constitution India protects your right to a living.

Enjoy while it lasts sonny boy.

How could the prestigious University of Sweden hire a lone wolf with his twisted world view, who is venomous, Hindu phobic with deep hatred and disrespect for Hinduism, its symbols, practices, beliefs and practitioners. Sweden that has strict regulations on Racism and hate speech, how can it allow a person with twisted thinking to work as a professor and spreading the seeds of the same poison in thousands of students who have not yet explored the world? Does online hate and slanderous speech against Hindus or Bhahmins or against India or against Indian Prime Minister Narendra Modi does not fall under the category of Racism, hate speech?

As per Limits on Freedom of Expression: Sweden:

Sweden protects free speech in its Constitution. However, freedom of the press and freedom of expression may be limited by law. For example, Sweden criminalizes a number of behaviors aimed at groups and individuals, including hate speech (racial agitation), enticement, and defamation.

Sweden has criminalized “hate speech” when it amounts to “racial agitation” (hets mot folkgrupp), defined as ”a statement or other message that is spread and disseminated that threatens, or expresses condescension against, an ethnic group or another group of persons based on race, skin color, national or ethnic origin, faith, sexual orientation, gender, or gender identity or expression.” The provision only protects the enumerated groups of people, and publication of untrue statements in itself is not considered hate speech. It was first introduced in a government bill in 1944 as a response to racial agitation against Jews.

Should Ashok Swain not be Prosecuted under the Law of Sweden as well as Law of India?