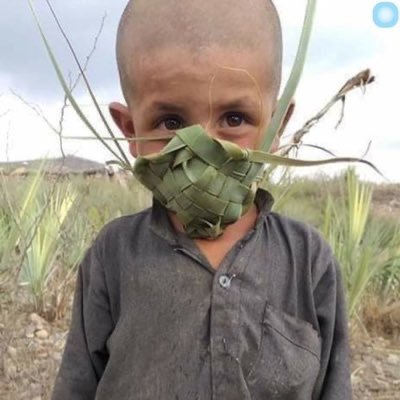 Baloch National Movement Secretary-General, Dr. Murad Baloch in his recent statement said that the Coronavirus is a pandemic disease and all countries of the world are endeavoring to reduce the threat of Corona virus, but the measures taken by Pakistan are based on animosity with the Baloch nation.

He said, “The Baloch nation was already confronting a destructive situation created in Balochistan by the state. Now Pakistan, following its policy of collective punishment, is imposing the coronavirus on the people of Balochistan. This is clear animosity of Pakistan with the Baloch nation where Pakistan instead of shifting the travelers coming back from Iran into big cities’ hospitals or in quarantine centers, is holding them in tents in Taftan and  Quetta Hazargangi area. In this modern era, no one can imagine that people infected with such deadly diseases are kept in the open sky. In the civilized world, even animals are cured in a far better way.”

Dr. Murad said, “The people infected with coronavirus are kept in Balochistan; rather than, sending them to their own areas. This is a willful attempt to spread the coronavirus across Balochistan which fits perfectly their planned Baloch pogroms and genocide.  This is being used as a biological weapon against the Baloch nation.”

One of the disgruntled traveller said that few of those in quarantine were actually tested for the virus. “No one was allowed to leave, but we were sitting together in common areas, living like prisoners in jail.”

Another traveler named Ronak too complained that those who had been quarantined had not been provided adequate food or medical facilities by the Balochistan government. “There is not even proper shelter for us,” he asserted, adding that there were no good policies on taking care of women and children in quarantine either. “The government is still in deep slumber,” he maintained.

He said that Balochistan is a great prison of humans, devastated with war, exploitation and continuous genocide. Besides the rampant killings of the army, thousands of people are dying in road accidents, hunger, and poverty. An outbreak of the coronavirus is an addition to the miseries of the people of Balochistan.

He added the Baloch areas of Pakistan, Iran, and Afghanistan are severely affected by the coronavirus. In view of the abhorrence and animosity of Pakistan toward the Baloch nation, no conscious soul would expect that Pakistan may take a step to curtail the spread of this deadly pandemic of the Coronavirus. In the time of the 2013 earthquake in Awaran and Kech Pakistan had stopped international NGOs in Balochistan to help the affected people. The earthquake affected people to date are homeless, above all facing atrocities and being targeted in the military operations.

Dr. Murad Baloch appealed, “On this occasion, we appeal to World Health Organization (WHO) and United Nations High Commission for Refugees (UNHCR) that they should take effective measures for the Baloch refugees in Pakistan, Iran, and Afghanistan. Baloch refugees are suffering for a long time and they are hoping to get full refugee status from UNHCR. If, in this regards concrete steps are not taken then Pakistan may use Coronavirus outbreak against the Baloch nation to further exacerbate the humanitarian crisis in Balochistan.”

Social media also shared a lot of videos on Balochistan. All these videos expose Pakistan Army has encircled these camps and withdrawn all medical facilities from the quarantine camps. Pakistan is expecting that these Baloch people die and they can use their dead bodies to beg more alms from International community.

Here are some more tweets on Twitter exposing how Punjabi dominated Pakistan Government despite looting all the natural resources from Balochistan wants Baloch People to die in the quarantine camps so that they can get rid of the entire race of Baloch people and their Punjabi supremacy can rule the Baloch Nation. Pakistan has exploited the natural resources from the Occupied Balochistan since decades. However what did Baloch people get in return? They are on the verge of extinction.