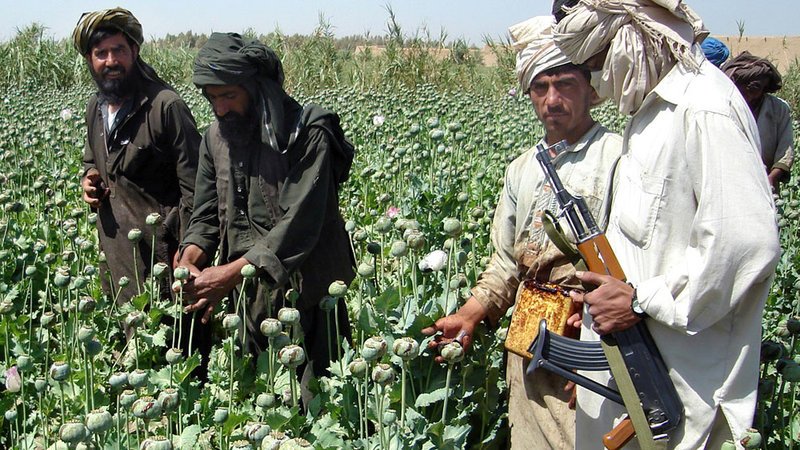 Biggest setback for Pakistan is the victory of Afghanistan President Ashraf Ghani in the recently declared Preliminary Election Results. The election commission has finally announced the preliminary election results in Afghanistan. According to the Independent Election Commission, Ashraf Ghani won 50.64 per cent besting Abdullah, who scored 39.52 percent. Candidates standing in the Afghanistan elections, their courage is matchless in the face of terror threats from the Pakistan supported Taliban.

What are the Implications of President Ashraf Ghani Victory on Pakistan?

Pakistan is rattled with the election results. It now means a great pressure on Pakistan to end its Terror Financing and support to Taliban Terrorists that are responsible for all the violence and killings of civilians including women and children in Pakistan.

Another big setback for Pakistan is going to be its revenue from Drug Trade that Taliban control and use it to finance for all the Arms and Ammunition. Taliban has made a lucrative business from taxing providing security to producers and smugglers in the region. 80%+ farmers who cultivate narcotics have stated that Taliban tax them to be able to continue their farming. 80% of these attempts would have provided the Taliban Terrorists with hard needed cash because they can sell it to Pakistan in lieu of Arms and Ammunition for their terrorist activities in Afghanistan to spread the reign of their terror.

Here are some of the Big Drug Hauls during 2019 in Afghanistan that would have been a big revenue for Pakistan. These are the official drug hauls only in the month of October and November released by Ministry of Interior. However besides these the number of drugs seized and destroyed by Afghan Security forces during the different operations against Pakistan sponsored and supported Taliban Terrorists and their hide outs are extremely high.

“They receive more revenues if they process it before it has left the country,” William Brownfield, former US Assistant Secretary for Drugs and Law Enforcement, told reporters in the Afghan capital Kabul earlier this year. “Obviously we are dealing with very loose figures, but drug trafficking amounts to billions of dollars every year from which the Taliban is taking a substantial percentage.”

Afghan President Ashraf Ghani had said that without drugs, the war in Afghanistan “Would have been long over,” and a senior Afghan Official said, “If an illiterate local Taliban commander in Helmand makes a million dollars a month now, what does he gain in time of peace?”

“This trend has real consequences for peace and security in Afghanistan, as it encourages those within the Taliban movement who have the greatest economic incentives to oppose any meaningful process of reconciliation with the new government,” UN had said.

Another big result of continuous operations against Pakistan supported Taliban terrorists and wresting more territories from under Taliban control will be the end of illegal mining of natural resources and precious stones whose sole beneficiary was Pakistan. If Afghanistan Governement is able to do that, it will be another biggest setback for Pakistan.

In our previous article Army Plunges Taliban Revenue Sources In Afghanistan. Frees Nephrite Mine From Taliban we had written in details how Afghanistan security forces are taking control of the mines that were once a source of revenue for Pakistan and the Taliban.

Afghanistan Security forces are gearing for major operations against Pakistan supported Taliban Terrorists to wrest the remaining districts that are under the control of Taliban in the event of Peace Talks failing.

Sources have told taht even though the peace talks will continue, security forces in Afghanistan will continue to crack down on all terrorists who are responsible of the violence against civilians including women and children. Hence the current spate of crackdown on Taliban Terrorists will continue unabated.

Pakistan is the main responsible state for the death and destruction in Afghanistan. There can be no peace in Afghanistan as along as Pakistan exists as state. Pakistan’s territory up to district Attock belongs to Afghanistan. Pashtuns in Pakistan are slaves of the Punjabis and waiting to be released from the slavery by the Pashtun of Afghanistan. That Pashtun of Pakistan who dissent are Gul Khans (brainwashed idiots) or not even Pashtun. They are Punjabi settlers in Pakhtunkhwa who have learnt Pashtun language, which they are now using to undermines the Lar & Bar.

When the time comes all the dissenting Pashtun will be thrown into Punjab for good, if they resist reunification of the Lar and Bar. The fact that large non-Pashtun minorities living in Lar can be as opposed to unification with Afghanistan as the ‘Gul Khans’ and the ‘Punjabi settlers’ is not even worth considering. All Afghan kings, especially since Ahmad Shah Abdali, founder of Afghanistan, and presidents (with a possible exception of President Hamid Karazia) are our Atalan (heroes) and they never made any mistakes, or otherwise did nothing wrong.

Those of the Atalan who did not succeed were because of foreign conspiracies. Afghans are one the best, if not the best, people in the world in terms of culture, bravery and love of the land and the world has to learn a lot from them. Afghanistan has never been occupied by foreign powers.

As per people Afghan government leased the Pashtun tribal areas to the British India government for 100 years.

Amir Abdur Rahman signed the Durand Line Agreement of 1893, which defined the border of the Afghanistan and British India, under duress

In the context of the 1947 participation of India, the Afghan government argued that the agreements signed with the British will terminate with departure of the British from India.

wants the Afghan Lar & Bar voices be silenced. Pakistan use Islamists in Afghanistan proxies to achieve this objective.

Pakistan’s proxy war in Afghanistan is not exclusively the function of the Lar & Bar territorial claim.

Voices are now very vocal on the Social Media as well.

Fazal ur Rehman Afridi with Twitter ID @FazalurRehmanAf tweeted, “Congratulations @ashrafghani on your election as the President of Afghanistan thru free, faire & impartial elections. A leader with a clear vision to steer his country towards peace, stability and development. In him, we Lar auw Bar Pashtun-Afghans see a ray of hope.”

On the recent imposition of Martial law in Pakistan and arrest and disappearance of many PTM workers, the voice became very stronger. One twitter user tweeted, “That’s why we love Kabul jan and our proud Afghan brothers……they stand by their brothers on this side of the Durand line……. and in Islamabad they arrest and torture us for demanding justice………Lar auw Bar yaw Afghan …..”

All Pashtun Leaders including Ali Wazir and Manzoor Pashteen have congratulated Afghanistan Ashraf Ghani and Amrullah Saleh on being elected as new Afghan President & Vice President. Pakistan Army has already started its crackdown on PTM activists in Pashtun Areas. Punjabi dominated Pakistan has already declared Martial Law in entire Khyber Pakhtunkhwa and no International Media or International Human Rights organizations are allowed to enter Khyber Pakhtunkhwa. Moreover not even the other Pakistanis from other provinces can enter Khyber Pakhtunkhwa if they are not residents of the province.

In another biggest setback for Pakistan, Pashtun voices are now more vocal for joining their Pashtun brothers in Afghanistan and overthrow the tyrannical rule of Punjabi Pakistan Army.

As per a Strategic Defense Analyst once the new Afghan Government takes office and asserts its rule of law, then the solution for lasting peace in the Indo-Afghan Region which would be the biggest setback for Pakistan would need:-

1. Derecognize Durand Line and demand for inclusion of all Pashtun Areas under the control of Pakistan as Afghan Territories.

3. Recognize Balochistan as an Independent Nation and open its Embassy in Kabul

4. Take Pakistan to the UN and charge it for Terrorism and Crimes against Humanity for killing thousands of Civilians including women and children using its proxy Taliban Terrorists.

5. Coordinate with India on Pakistan Matters. Pakistan Army will be engaged by India on its western border while India may plan to take back Pakistan Occupied Kashmir and Gilgit Baltistan that have been forcefully invaded by Pakistan in 1947-48. Afghanistan should work with Pashtun and Baloch Freedom Fighters and besides taking back Pashtun Areas, help Balochistan get liberation from Punjabi Dominated Pakistan. As per the expert, as India helped Bangladesh get freedom in 1971, Afghanistan being connected to Balochistan via land, can help Balochistan to get freedom. As a reward, Afghanistan can have access and connectivity to the sea ports of Balochistan and overcome the limitation of being a landlocked country.