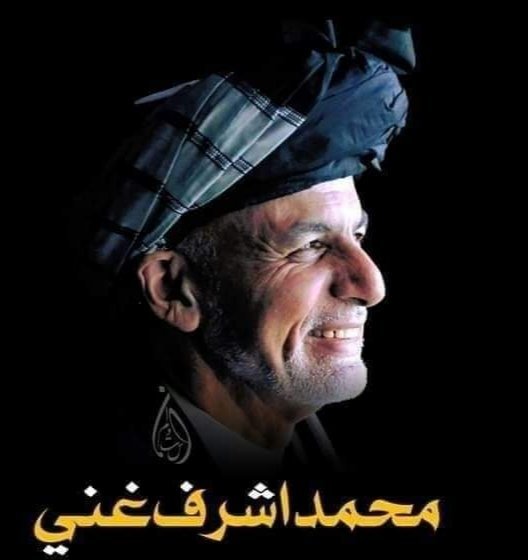 Afghan Election Preliminary results are out now. Nearly after three months, the election commission has finally announced the preliminary election results in Afghanistan. According to the Independent Election Commission, Ashraf Ghani won 50.64 per cent besting Abdullah, who scored 39.52 percent. The results originally scheduled to be announced on October 19, but it has been repeatedly delayed with IEC officials citing technical issues, allegations of fraud and protests from candidates.

On the completion of a vote recount and audit in all process, IEC Chairperson Hawa Alam Nuristani told a press conference here the number of the biometrically verified votes in the September 28 election was 1824,404.

According to the IEC, there were several reasons why the preliminary results have taken so long, but the main reason was the opposition parties conducting sit-ins and protests outside of IEC offices in seven provinces and so the IEC was not able to do its job. Chief Executive Abdullah’s supporters blocked several election offices across the country, preventing election workers from a ballot recount for more than a month.

According to IEC the presidential candidates have the right to submit their complaints to the Independent Election Complaint Commission (IECC) within three days.

Amrullah Saleh with Twitter ID @AmrullahSaleh2 had also tweeted on Dec 14 to this effect accusing A. Abdullah of being responsible for delay. He had tweeted, “Dr. A. Abdullah’s campaign hijacked the electoral process for over a month in the name of stopping fraud only to end up in square one & allow re-count as it was planned without modifications. His strategy has brought nothing but pain to ordinary people. An ego bigger than country.”

UNAMA in a statement welcomed the announcement.

“On 28 September 2019, the citizens of Afghanistan braved security threats to cast their votes for a better future; those voters deserve to be commended for carrying out their civic duty,” said Tadamichi Yamamoto, the UN Secretary-General’s Special Representative for Afghanistan. “Now, all Afghan authorities and actors must demonstrate their commitment to safeguard and complete the election, and to protect the integrity of the final stage of the process.”

Yamamoto added: “Any decisions taken by the electoral management bodies in the final stage of the process must have clear legal and technical justifications and should be explained to the people of Afghanistan in clear terms.”

“All candidates have the chance to raise any concerns they may have through the appropriate mechanism and within the prescribed time, in accordance with the relevant legal frameworks, regulations and procedures,” said Yamamoto. “At the same time, the ECC has an obligation to adjudicate any complaints it receives transparently and thoroughly so the election process may conclude in a credible manner.”

It is a big blow on the face of Pakistan sponsored Taliban Terrorists and insurgents who chopped the fingers of voters during the previous elections. Those voters again voted with another finger.

Afghanistan’s election results show voting along ethno-regional lines, similar to previous elections. As the map suggests, the majority of voters in northern and central Afghanistan, dominated by Tajiks, Hazaras, and Uzbeks, voted for Abdullah who built a multi-ethnic coalition.

On the other side, voters in Pashtun-majority southern and eastern Afghanistan overwhelmingly voted for Ghani, who himself is Pashtun and tried to appeal to Pashtun voters during his presidential campaign.

The below map shows the distribution of the Pashtun population and Ghani’s vote share per province. There are a few outliers but overall, it is safe to say that ethno-regional identity remains one of the strongest predictors of voting behavior in Afghanistan.

All Pashtun Leaders including Ali Wazir and Manzoor Pashteen have congratulated Ashraf Ghani and Amrullah Saleh on being elected as new Afghan President & Vice President.

People in various provinces on Sunday welcomed the announcement of preliminary results from the September presidential election, but criticized the outcome’s prolonged delay.

The residents of southern Kandahar province expressed happiness over the result announcement, saying it was good news for the countrymen after a long wait and election related tension.

One person told that the delay in announcing the election result not only disheartened the people but also affected many spheres of life. He said people were happy about the election results and hoped the remaining process would be completed soon to declare the final results.

Another resident, Zulikha, said the election result announcement broke the electoral impasse but the overall situation eroded people’s faith in the democratic exercise.

In eastern Nangarhar province, Zabihullah, a resident of provincial capital, Jalalabad, said the results were announced after a prolonged delay which had paralyzed people’s routine life.

He urged the Independent Election Commission to pave ground for the final results by addressing the problematic process.

A resident of Mazar-i-Sharif, the capital of northern Balkh province, Dr. Ghulam Rasoul Malakzai, said the results announcement reduced the uncertainty around the election process so some extent.

He asked the IEC not to waste further time, address all complaints in a timely manner and announce the final result.

Qabil Noor Hamkar, a resident of southeastern Khost City, said the result took time as the IEC had been under internal and external pressures. He said the final results should not be delayed like the preliminary result.

In Helmand’s Lashkargah city, resident Abdul Wali Tawheed, said people had lost faith in the election commission but the result announcement restored their trust in the electoral body to some level.

Najibulah Muhseni, a resident of Pul-i-Khumri, the capital of northern Baghlan province, said they were happy with the results but not with the delay.

Daud Shah, a resident of western Heart province, said the delayed results had created many problems for people and they were happy over the result announcement. He asked the IEC to timely declare the final result.

Similar views were expressed by residents of other provinces regarding the announcement of the much delayed initial result of the presidential election held on Sept 28.