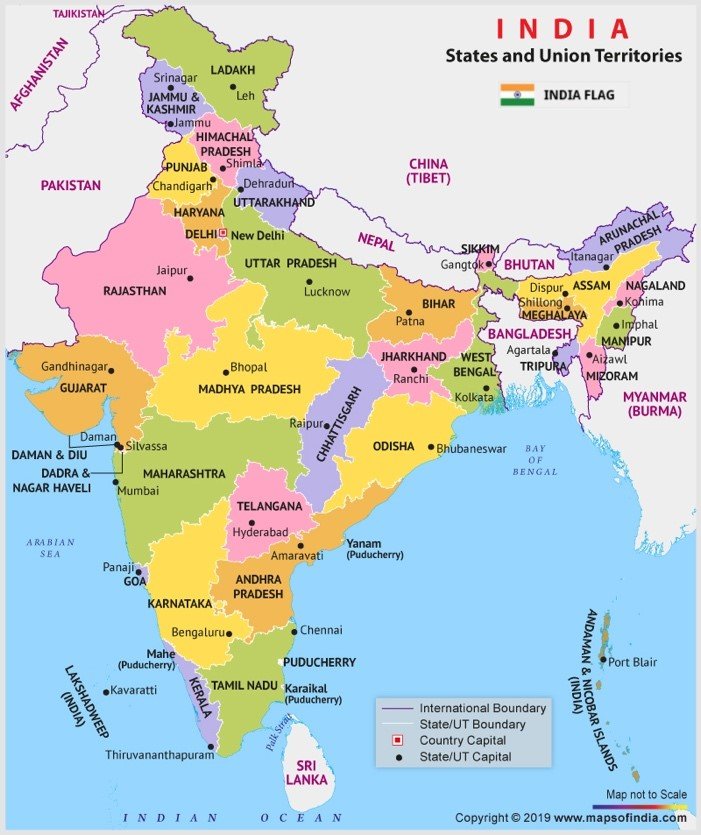 This has in fact served many purposes, the primary being Indian Government taking direct control of the sensitive Karakoram Pass and the Chinese Border and then, declaring the geography of secession to a minute area in the erstwhile province.

India has already declared that the Union Territory of Jammu and Kashmir will have it’s own Legislature but the Union Territory of Ladakh will not have one. In effect, unless there is a change in the way the Government of India is dealing with Ladakh, we are not expecting a local legislative representation in Ladakh, on paper, extending to Baltistan and Gilgit. Also, this accepts the historic reality that Kashmir and Gilgit are separate all history – while Kashmir is a Sunni Fundamentalist territory as the 1989 Genocide in Kashmir Valley proved and with a historic anathema for Hindus ruling over the territory (refer to the letter

written by the then Rajas of Kohistan and Kashmir to the British Government pleading the British not to handover the territory of Kashmir to the Maharaja of Jammu, Gulab Singh – the Sikh rule from 1819 to 1846 was insufferable for a territory which was always under Islamic fundamentalist rule from 1320), Gilgit-Baltistan, extending to Chitral is Shia and Noorbakshi. This geographical demarcation, actually tells another historic truth – while the current Union Territory of Ladakh was acquired by the Dogra King Gulab Singh through Conquest (Ladakh – 1835, Baltistan – 1840, Gilgit – by 1870), Kashmir was acquired as a business deal through the Treaty of Amritsar where the Dogras bought all the territory between Ravi and Indus except for Lahul from the British for 75 lakh.

“Article 1 The British Government transfers and makes over for ever in independent possession to Maharajah Gulab Singh and the heirs male of his body all the hilly or mountainous country with its dependencies situated to the eastward of the River Indus and the westward of the River Ravi including Chamba and excluding Lahol, being part of the territories ceded to the British Government by the Lahore State according to the provisions of Article IV of the Treaty of Lahore, dated 9 March 1846.

Article 3 In consideration of the transfer made to him and his heirs by the provisions of the foregoing article Maharajah Gulab Singh will pay to the British Government the sum of seventy-five lakhs of rupees (Nanukshahee), fifty lakhs to be paid on or before the 1st October of the current year, A.D., 1846.”

The second point worth noting is the geographical area of secession.

Compare both the maps. Rather than associating the whole head of India, now, Kashmiri secession will be identified with only the small entity called Jammu and Kashmir – it is well known that there is no secession whatsoever in the Union Territory of Ladakh. The whole separatist movement will be further diffused simply because the area they are identified with is far less as compared to the erstwhile province – having only 28% of the total area. Also to note is the fact that India has already passed acts to allow delimitation of assembly constituencies considering the fact that there is going to be massive fluctuations in population after the residents of Jammu and Kashmir who are ineligible to vote are given voting rights. This is a legacy issue arising out of Article 370 where refugees from Pakistan, migrants from other parts of India who settled in Jammu and Kashmir are refused voting rights.

That besides, India has derecognized the new districts Pakistan created in Pakistan Occupied Kashmir(which Pakistan calls Azad Kashmir), openly questioning Pakistani claims over Jammu and Kashmir. As of now, there are only three districts in the area according to India – Muzaffarabad, Punch and Mirpur.

Same situation is visible with Gilgit-Baltistan where every district is absorbed into Ladakh.

In our previous article Jammu And Kashmir Includes Chitral And Parts Of Kohistan we already posted the research work of Historians who have claimed that the Erstwhile Princely State of Jammu & Kashmir included Chitral and Parts of Kohistan.

It needs to be seen if the Indian Government claims Chitral and the Parts of Kohistan. It signals great trouble for Pakistan which is already a Bankrupt Nation and its Fauji Foundation is looting the public. Further the war of Freedom has already started in Balochistan and Sindh. Baloch are demanding Azad Balochistan. Sindhis and Mohajirs are demanding Azad Sindhu Mahadesh.