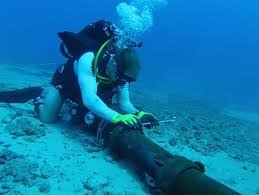 Submarine cable fault is being used as an excuse to block Internet in many parts of Pakistan. However the reality is that Pakistan is suppressing the voices of millions of Freedom fighters who want freedom from Pakistan. Amidst the Political and Economic turmoil in Pakistan, Pakistan created a massive Internet blackout across the country on Monday 28-October 2019 .

On 28-October 2019, Two major submarine cables that connect Pakistan with the outside world allegedly went offline.

As per details available, IMEWE and SEAMEWE 4, which carry almost 50% of Pakistan’s internet traffic, allegedly went offline due to a Submarine Cable Fault at a location that’s yet not determined.

On 29-October 2019, a third submarine cable system, AAE-1, also allegedly went down partially. Experts said that this new outage is only going to worsen the service quality.

As a result, Pakistani internet users will continue to face degraded internet speeds until the faults in cable systems are fixed.

The Pakistan International Airlines (PIA) online check-in systems also went down across the country due to the underwater Submarine Cable Fault.

“PTCL network is down due to damage to their underground cables causing outage of PIA Check-In systems across the country. We’re moving to backup systems & manual processes. We regret the inconvenience caused to our passengers due to the resulting delays. #PIACares @pid_gov #PIA,” the national flag carrier said in a tweet.

Pakistan is connected with the outside world through six submarine cables.

ISPs confirmed ProPakistani of the outage and said that they are in process of shifting the load to other submarine systems, which will balance the load to an extent. However, services may be degraded until the full restoration of IMEWE, SEAMEWE 4 and AAE-1.

No timeframe has been communicated regarding the repair of both impacted submarine cables.

However as per an update on 30-October 2019, Both the impacted submarine cables have been fully restored to full working capacity after the faults were fixed by the technical teams.

However twitter users still complained about the Internet connectivity. One user Khawaja Talha with twitter ID @KhawajaTalha tweeted, “Mobile phone services and internet services have been blocked around the #AzadiMarch venue. Major roads including Kashmir Highway have been sealed. There’s a ban on ALL drone cameras and live media coverage. All this is in contradiction to DC and Govt. How scared is this govt?”

Network data from the NetBlocks internet observatory confirm Pakistan has shut down internet access multiple regions. Two distinct schedules of disruption appear to be in place.

Pakistan ISPR that controls all the Media and runs a troll army of thousands on the social media to run their propaganda was quick to blame the Cyclone Vardah near Oman. But they fail to realize that the world understand their excuses to be false. The submarine cables are located 800-1000 feet below the see level and the Cyclone does not impact anything that is so deep inside the sea.

If you at the notice that people got, in the areas where Pakistan wants complete blackout, the following notices were sent telling about indefinite Internet suspension.

However in the areas where the disconnection was temporary, they gave a timeline when the internet would be restored.

One Twitter user exposed Pakistan by tweeting, “Pakistan itself damaged its 2 submarine cables to cut off Internet Services in Khyber Pakhtunkhwa, Balochistan & Sindh so that the Little amount of information and few Video that were giving glimpse of Genocide by Pakistan Army also stop coming. #Shameless”

In the wake of the massive gathering of civilians led by Maulana Fazlur Rehman in Freedom (Azadi) March to Islamabad to topple the current government that is supported by Pakistan Army, Internet as well as Mobile services have been stopped totally in Islamabad and the nearby areas. Pakistan Army and current Pakistan Government does not want the information and videos of the protests to reach the outside world. Pakistan Media is already being censored by ISPR under the PEMRA Law. No TV Channels can report on the Maulana Fazlur Rehman Freedom (Azadi) March.

Pakistan Army thinks that by these steps they can prevent the outside world to know that Pakistan is in a state of turmoil and people are suffering from the sever Bankruptcy due to the worst Economic policies followed by Imran Khan led government. Common citizens are facing the heat of the high inflation marked with very high prices of the daily use basic commodities like food, vegetables, high electricity charges, high school fees for school going children and with the salaries remaining stagnant, people must borrow money at very high interest costs to pay for their daily needs.

All these factors led Maulana Fazlur Rehman to start a Freedom (Azadi) March that has seen support across whole Pakistan and this massive gathering of lakhs of people in Islamabad is seen as a threat to Imran Khan government and the Pakistan Army.

One of our sources on conditions of anonymity said, “There is a concern among the Pakistan Army officers and some high-ranking officers on the way Pakistan is being run and exploitation of Pakistan economy by a few Top Pakistani Generals including General Bajwa. They are only concerned with running businesses in Fauji Foundation group of companies. They are not concerned with anything else. If their profits are impacted, they can kill thousands of people if need be. As a result, some of the top-ranking Pakistan Army officers are supporting Maulana Fazlur Rehman for the good of Pakistan.”

He further told that, “There is a possibility that Pakistan Army led by General Bajwa may soon order firing on the civilians gathered in the Freedom (Azadi) march in Islamabad leading to the worst Massacre in the history of Pakistan. If such situation arises, many of the top ranking Army officers will join the revolt with Maulana Fazlur Rehman to overthrow Imran Khan and the current Pakistan Army leadership. That will be the biggest mutiny in the history of Pakistan.”

As per him, “Current drama of submarine cables being damaged is a stage-managed thing by Pakistan Army so that they can carry out Internet Blackout in the parts of Pakistan wherever they see the revolt. In such situation the outside world will not know what is happening on the ground. And the current Pakistan Government and the Pakistan Army leadership can take the damaged submarine cables as an excuse for the Internet Blackout in those areas on one hand and carry out action against the revolting civilians and the Pakistan Army officers at the same time.”

In parts of Pakistan Occupied Kashmir, internet access has been cut as of 7th of September 2019 amid protests against India’s revocation of Article 370. Data show that PTCL networks were shut in Kashmir on multiple dates through August and the longest of these disruptions continues till today.

Pakistan puppet Provincial Governor of Khyber Pakhtunkhwa, in a clandestine manner promulgated (officially put a law into effect) an ordinance known as The KP Actions (in aid of civil power) Ordinance, 2019. Even when the provincial assembly was in session, the ordinance was issued very secretly and silently by the Provincial Governor on August 5, 2019. We covered it in detail in our previous article, “Is Martial Law Imposed By Fascist Pakistan In Khyber Pakhtunkhwa?”

As a result, there are massive protests and uprising in the entire Khyber Pakhtunkhwa. Local sources inform that already Pakistan had denied any outsiders to enter Khyber Pakhtunkhwa vide a previous order, now they have also blocked internet access. In present situation even if Pakistan Army destroys entire villages, there will be no evidence that can reach the outside world.

With a series of articles in the past we have already explained in details and given evidences of massive Genocide committed by Pakistan Army in Balochistan. The only purpose is to get the mineral rich lands freed from native Ethnic Baloch groups and sell or lease those areas to China. In that process, Pakistan army and their death squads are regularly abducting and disappearing locals, selling them for Organ Harvesting or killing them, burning their villages and forcing people to leave. Here are the links to some of our previous articles:-

Our team contacted a local source in Balochistan and our source verified that In rural Balochistan the Internet was already blocked. However, with this submarine cable issue, Pakistan has stopped Internet in the major cities in Balochistan as well. As a result, in some pockets in Balochistan where Internet is still available, it is too slow, and people cannot upload any videos or information to tell about the atrocities of Pakistan Army.

The Internet Blackout and network disruptions present a significant barrier to freedom of assembly and freedom of expression at a time when Pakistani citizens are raising their voices against the Enforced disappearance and the Genocide committed by Pakistan Army in Balochistan, the Martial Law imposed in Khyber Pakhtunkhwa and the Freedom (Azadi) March organized by Moulana Fazlur Rehman to Islamabad.

Further, ongoing disruptions in Pakistan are likely to fuel the spread of misinformation by ISPR and their thousands of Social Media Troll accounts by cutting off authentic sources of news.